The number of abortions performed worldwide so far this year and counting.

This corresponds to approximately 125,000 abortions per day.

In the USA, where nearly half of pregnancies are unintended and four in 10 of these are terminated by abortion [1], there are over 3,000 abortions per day. Twenty-two percent of all pregnancies in the USA (excluding miscarriages) end in abortion. [2]

Planned Parenthood is the nation’s largest provider and promoter of abortion.  In 2019, Planned Parenthood performed 345,672 abortions.  Only 4,279 patients were referred to outside agencies for adoptions; therefore, abortions outnumbered adoption referrals by nearly 81 to 1.  According to their 2019 annual report, Planned Parenthood received $616,800,000 from taxpayers and made a profit of $110,500,000. 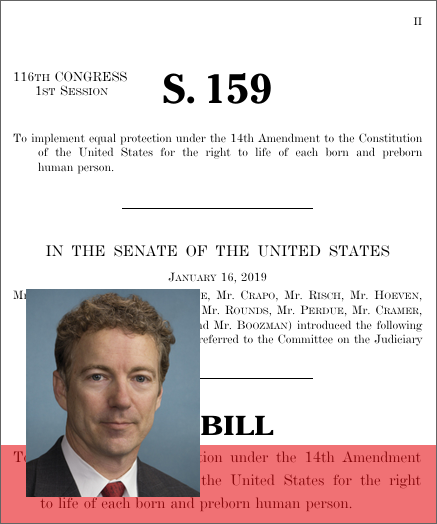 By clicking on the image above

The “One Minute Lobbyist”: Be a force for good on the Internet!

Moving the conscience of a nation

Making South Dakota a symbol of hope, justice, and love for so many children yet to be born

• Governor Ron DeSantis Will Fly Flags at Half-Staff in Honor of Rush Limbaugh
• Poland Proposes Millions in Fines for Big Tech Companies That Censor Conservatives
• This Democrat Was One of Only Two Democrats Brave Enough to Vote to Ban Abortions
• Jonathan Cahn to Joe Biden: How Can You Call Yourself a Christian and Support Abortion?

Read these news stories and more at LifeNews.com

What You Need to Know About Coming Abortion Debates

If Conservatives Do Not Defend The Family, Who Will?