Yesterday, January 16, 2021, was Religious Freedom Day here in America. Something almost completely ignored by the media.

Jefferson Opposed Censorship of Opinions: Virginia Statute of Religious Freedom & How Courts have taken Freedom away! 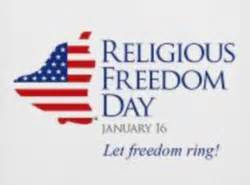 “On … we commemorate the … anniversary of the passing of a State law that has shaped and secured our cherished legacy of religious liberty.” – proclaimed President Donald J. Trump, January 16, 2018. 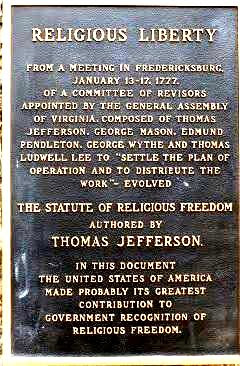 President Trump continued:
“Our forefathers, seeking refuge from religious persecution, believed in the eternal truth that freedom is not a gift from the government, but a sacred right from Almighty God. On the coattails of the American Revolution, on January 16, 1786, the Virginia General Assembly passed the Virginia Statute of Religious Freedom … This seminal bill, penned by Thomas Jefferson, states that, ‘all men shall be free to profess, and by argument to maintain, their opinions in matters of religion, and that the same shall in no wise diminish, enlarge, or affect their civil capacities.'”