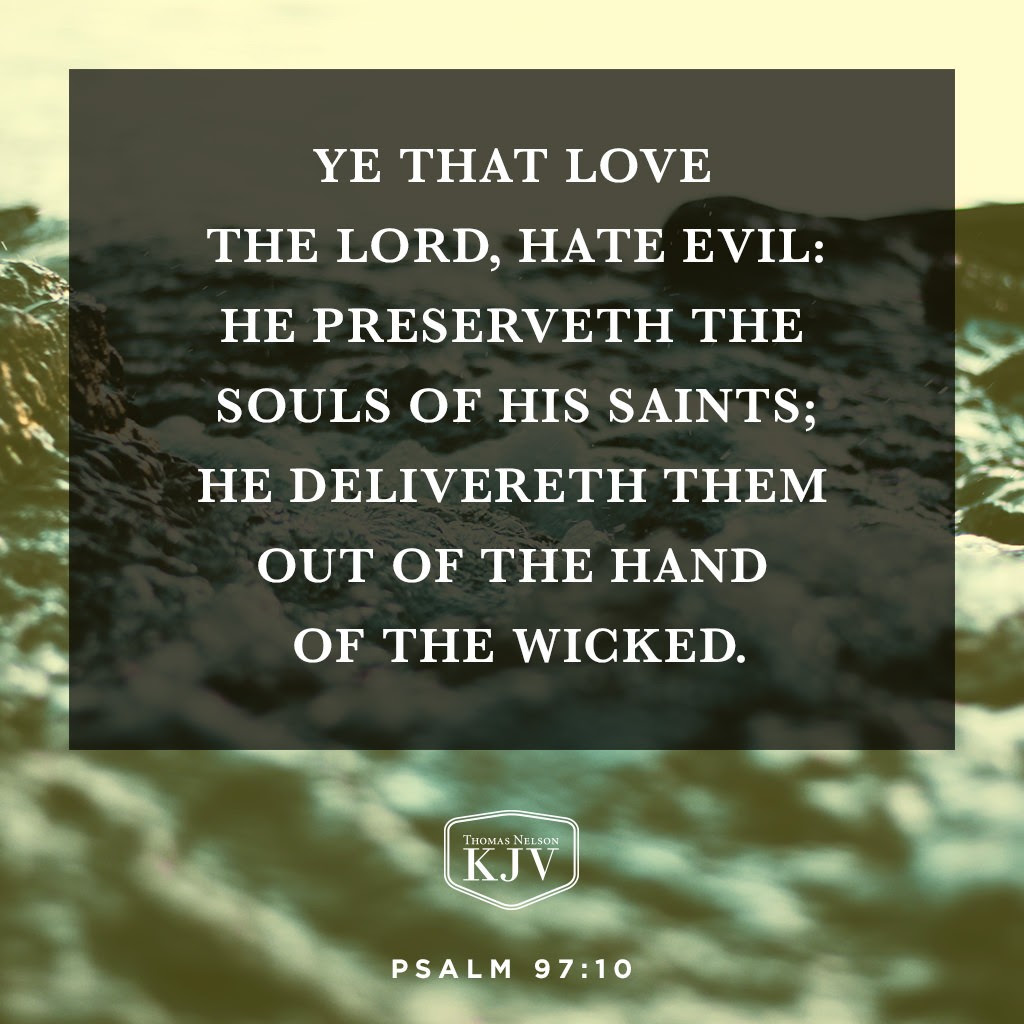 The following is from the Treasury of David by C.H. Spurgeon

SUBJECT. As the fast Psalm sung the praises of the Lord in connection with the proclamation of the gospel among the Gentiles, so this appears to foreshadow the mighty working of the Holy Ghost in subduing the colossal systems of error and casting down the idol gods. Across the sea to maritime regions a voice cries for rejoicing at the reign of Jesus (Ps 97:1), the sacred fire descends (Ps 97:3), like lightning the gospel flames forth (Ps 97:4), difficulties vanish (Ps 97:5), and all the nations see the glory of God (Ps 97:6). The idols are confounded (Ps 97:7), the church rejoices (Ps 98:8), the Lord is exalted (Ps 98:9). The Psalm closes with an exhortation to holy steadfastness under the persecution which would follow, and bids the saints rejoice that their path is bright, and their reward glorious and certain. Modern critics, always intent upon ascribing the psalms to anybody rather than to David, count themselves successful in dating this song further on than the captivity, because it contains passages similar to those which occur in the latter prophets, but we venture to assert theft it is quite as probable that the prophets adopted the language of David as that some unknown writer borrowed from them. One psalm in this series is said to be “in David”, and we believe that the rest are in the same place, and by the same author. The matter is not important, and we only mention it because it seems to be the pride of certain critics to set up new theories, and there are readers who imagine this to be a sure proof of prodigious learning. We do not believe that their theories are worth the paper they are written upon.

DIVISION. The psalm divides itself into four portions, each containing three verses. The coming of the Lord is described (Ps 97:1-3); its effect upon the earth is declared (Ps 97:4-6), and then its influence upon the heathen and the people of God (Ps 97:7-9). The last part contains both exhortation and encouragement, urging to holiness and inculcating happiness (Ps 97:10-12).

EXPOSITION. v.10 Ye that love the Lord, hate evil. For He hates it, his fire consumes it, his lightnings blast it, his presence shakes it out of its place, and his glory confounds all the lovers of it. We cannot love God without hating that which he hates. We are not only to avoid evil, and to refuse to countenance it, but we must be in arms against it, and bear towards it a hearty indignation. He preserveth the souls of his saints. Therefore they need not be afraid of proclaiming war with the party which favours sin. The saints are the safe ones: they have been saved and shall be saved. God keeps those who keep his law. Those who love the Lord shall see his love manifested to them in their preservation from their enemies, and as they keep far from evil so shall evil be kept far from them. He delivereth them out of the hand of the wicked. It is not consistent with the glory of his name to give over to the power of his foes those whom his grace has made his friends. He may leave the bodies of his persecuted saints in the hand of the wicked, but not their souls, these are very dear to him, and he preserves them safe in his bosom. This foretells for the church a season of battling with the powers of darkness, but the Lord will preserve it and bring it forth to the light.

Verse 10. Ye that love the LORD, hate evil. It is evident that our conversion is sound when we loathe and hate sin from the heart: a man may know his hatred of evil to be true, first, if it be universal: he that hates sin truly, hates all sin. Secondly, true hatred is fixed; there is no appeasing it but by abolishing the thing hated. Thirdly, hatred is a more rooted affection than anger: anger may be appeased, but hatred remains and sets itself against the whole kind. Fourthly, if our hatred be true, we hate all evil, in ourselves first, and then in others; he that hates a toad, would hate it most in his own bosom. Many, like Judah, are severe in censuring others (Ge 38:24), but partial to themselves. Fifthly, he that hates sin truly, hates the greatest sin in the greatest measure; he hates all evil in a just proportion. Sixthly, our hatred is right if we can endure admonition and reproof for sin, and not be enraged; therefore, those that swell against reproof do not appear to hate sin.—Richard Sibbes.

Hate evil. Sin seemeth to have its name of sana, anv (the word here used) because it is most of all to be hated, as the greatest evil; as that which setteth us furthest from God the greatest good.—John Trapp.

God is a Spirit, and he looks to our very spirits; and what we are in our spirits, in our hearts and affections, that we are to him. Therefore, what ill we shun, let us do it from the heart, by hating it first. A man may avoid an evil action from fear, or out of other respects, but that is not sincerity. Therefore look to thy heart, see that thou hate evil, and let it come from sincere looking to God. Ye that love the LORD, hate evil, saith David: not only avoid it, but hate it; and not only hate it, but hate it out of love to God.—Richard Sibbes.