“to the FLAG and to the REPUBLIC for which it stands …” 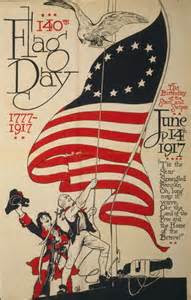 On JUNE 14, 1777, the Second Continental Congress selected the FLAG of the United States.

Our founders were in the midst of fighting an eight year long war to come out from under the dominion of the most powerful globalist king in world history.

On JUNE 14, 1783, General George Washington sent a “Circular Letter” to the thirteen Governors of the newly independent states:

“I am now preparing to resign …

Before I carry this resolution into effect, I think it a duty … to make this my last official communication, to congratulate you on the glorious events which Heaven has been pleased to produce in our favor …