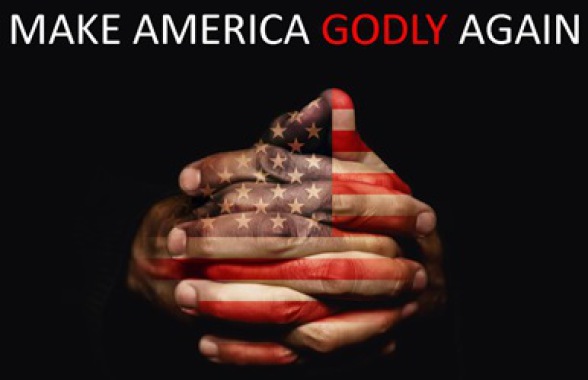 Before we get to our text for today most folks would have picked Psalm 33:12-22 Blessed [fortunate, prosperous, and favored by God] is the nation whose God is the Lord,…In proportion as we have [a]hoped in You.

Given the overwhelming evidence that America was not founded as a “Christian Nation” that is a theocracy, but clearly a Republic upon Judeo-Christian principles I think a better choice for our main text is found in Joel.

The nation of Israel had once again abandoned the Lord God and He sent Joel to warn them of the coming wrath. In chapter one, it is a plague of locust, here in chapter two the threat of something far worse drives them to repentance.

Even now,” says the Lord, “Turn and come to Me with all your heart [in genuine repentance], With fasting and weeping and mourning [until every barrier is removed and the broken fellowship is restored]; 13 Rip your heart to pieces [in sorrow and contrition] and not your garments.” Now return [in repentance] to the Lord your God, For He is gracious and compassionate, slow to anger, abounding in lovingkindness [faithful to His covenant with His people]; And He relents [His sentence of] evil [when His people genuinely repent]. 2:12-13 (AMP)

Here is a thought, get together with some friends, neighbors, co-workers, and pray for America weekly.