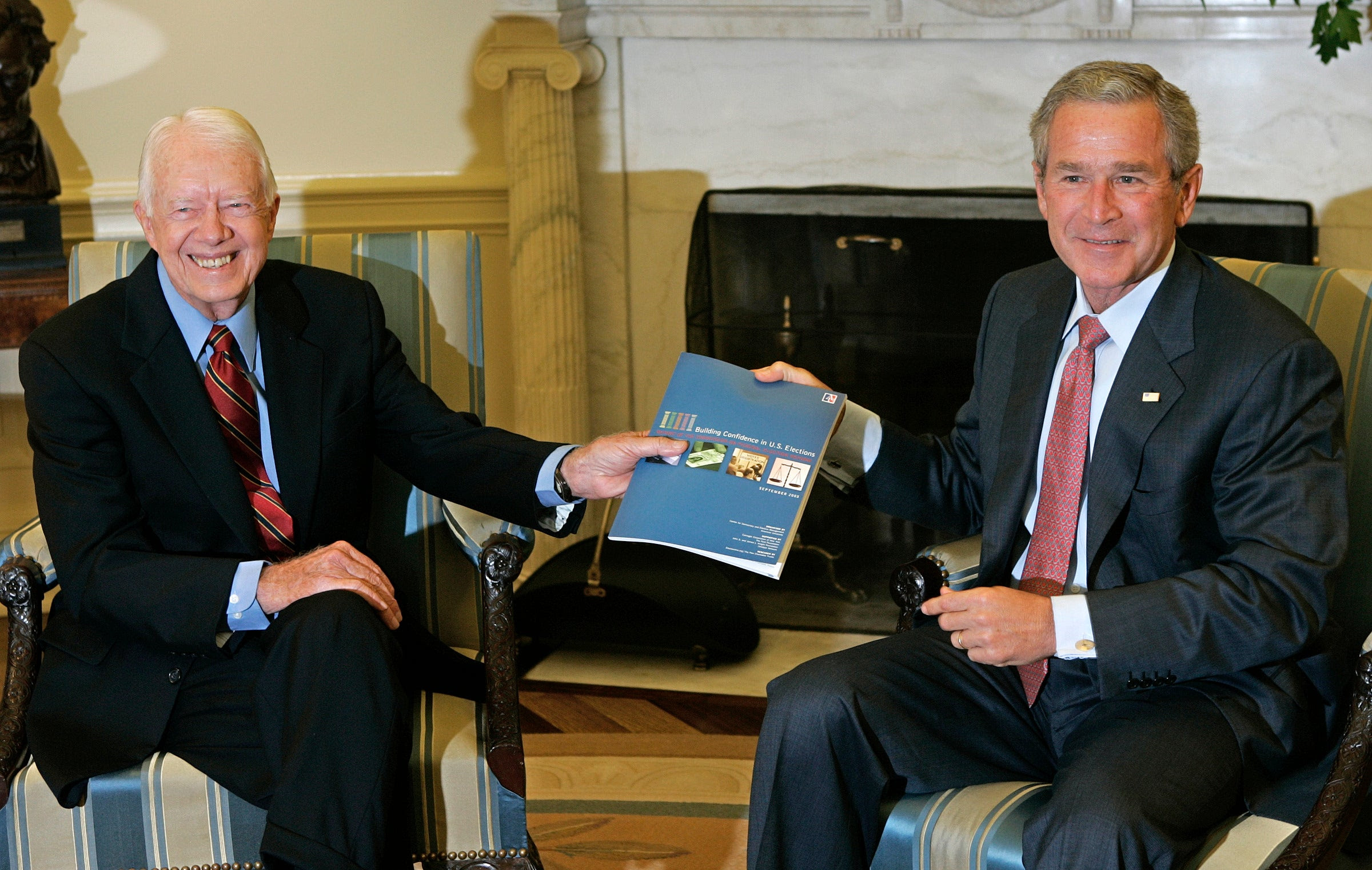 They called on states to increase voter ID requirements; to be leery of mail-in voting; to halt ballot harvesting; to maintain voter lists, in part to ensure dead people are promptly removed from them; to allow election observers to monitor ballot counting; and to make sure voting machines are working properly.

They also wanted the media to refrain from calling elections too early and from touting exit polls.

All of this may sound eerily similar to the issues in the prolonged presidential election battle of 2020. But these were among the 87 recommendations from the 2005 report of the bipartisan Commission on Federal Election Reform, known informally as the Carter-Baker Commission….