Hagia Sophia and the Armenian Genocide 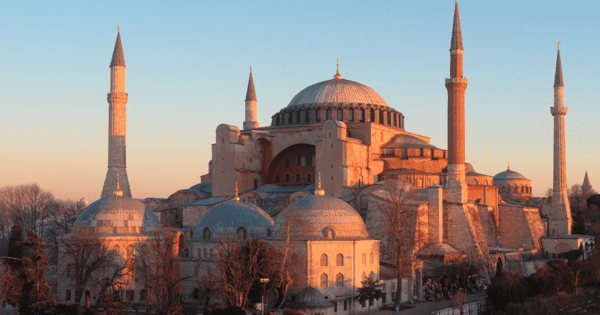 Despite protests from around the world, Turkey has decided to convert the Hagia Sophia into a mosque. One supporter of Prime Minister Erdogan told Al Jazeera he’d been waiting fifty years for the holy site’s “original identity as a mosque” to be “restored.”

In truth, the original identity of the Hagia Sophia was as the Christian cathedral of Constantinople.

Now why should a building halfway around the world matter to us today? Well, that’s because, unfortunately, the Turkish government has a long track record of revising history. For example, between 1915 and 1923, in what’s known as the Armenian Genocide, an estimated 1.5 million Armenian Christians were killed and expelled from the Ottoman Empire, what is now Turkey.

What the Ottomans did to their Christian subjects served as a model for the Holocaust. As Adolf Hitler told military commanders just prior to the invasion of Poland, “Who, after all, speaks today of the annihilation of the Armenians?”

Well, to answer his question, certainly not the Turks. Turkey and its ethnically related neighbor, Azerbaijan, are the only nations in the world that deny that the Armenian Genocide happened. What’s more, Turkey has prosecuted scholars and journalists who say otherwise, accusing them of “insulting Turkishness.” One such journalist, Hrant Dink, was murdered while awaiting trial in 2007…