God Calls Churches, Pastors and People in the Pews to ‘Stand in
the Gap’ for Life

While Christians are called to protect God-given life every minute of every day, the month of January places an important, historical significance on this biblical charge. Since Jan. 22, 1973, when the landmark Supreme Court case Roe v. Wade legalized abortion in America, upwards of 60 million babies have lost their lives.

During Sanctity of Human Life Month in January, the American Pastors Network (APN) is reminding churches, pastors and people in the pews of their responsibility to stand up for the unborn. After all, says APN President Sam Rohrer, Scripture reminds believers that a child is developed in God’s image at the point of conception.

“While politicians often debate pro-life laws based on the point of conception, Scripture reveals God’s view of life in its earliest words,” Rohrer said in this week’s “Stand in the Gap Minute” radio series. “Genesis 1:27 notes that God created people in His image. This includes life from the point of creation—or conception. The issue is not the timing at which life is sacred, but the fact that all human life is sacred from the moment of creation. For example, how many know that a newly developing child’s heartbeat exists at just 22 days? This is before most women even know they are pregnant. We dare not turn a blind eye to those created in God’s image. Rather, God’s Word repeatedly highlights the value of human life. We are created on purpose and for His purposes.”

Rohrer went onto say that this realization takes on a new meaning when humans are aware that God participated in every moment of their creation. The Christian foundation of the pro-life movement is based on God’s view of our lives, and Psalm 139 reveals key details.

“God ‘forms’ our inward parts,” Rohrer said. “He ‘knits’ us together in the womb. Verse 16 of this Psalm notes, ‘Your eyes saw my unformed substance.’ God’s view is exceedingly more detailed than the greatest ultrasound! Because God values our lives at such an early stage and with intricate detail, we can conclude we are to care for children in the womb with a similar attitude. The preborn child deserves our highest protection and greatest devotion.

Rohrer also noted that even though upwards of 60 million American children have been murdered in the security of their mother’s womb since Roe v. Wade—or one abortion every 30 seconds—some good news has emerged. Between 2011 and 2017, the number of abortions declined by 19% in the United States.

“One important factor is the number of local volunteers serving in pregnancy care centers,” Rohrer added. “Despite little change at the federal level during this time, individuals across our nation have helped mothers facing difficult pregnancy situations. It reminds me of the woman who anointed Jesus with oil. Though others mocked her, Jesus responded, ‘She did what she could.’ When you and I ‘do what we can’ to save lives, our seemingly small actions result in tremendous impact. How we live today matters, and God’s Word indicates our action is vital.”

Rohrer concluded by pointing to Jeremiah 1, where God called the prophet with the words, “Before I formed you in the womb I knew you, before you were born I set you apart.”

“God has a plan for our lives,” Rohrer said. “However, the scourge of abortion continues to destroy countless lives each year before they can impact our world. Who knows how many scientists, artists, ministers and other world leaders have disappeared through legalized murder? We dare not passively watch as our nation continues to destroy those created in His image. Indecision is a decision to allow abortion to continue. Yet we can serve together to make a difference. God’s people must lead the way in saving lives. Don’t wait. Lives are counting on it.”

This coming weekend on Saturday Jan 18th 2020 Pro-Life vigils and Marches will take place all over this country. Please consider being a part of the these events.  See our post on Jan 9th Pro-Life News for more info. 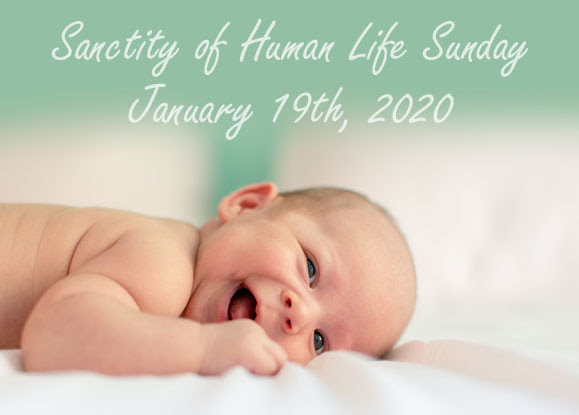