Most of us have heard of and remember Paul Revere, Joh Paul Jones and of course George Washington. All hero’s of the American Revolution, but how many women of that same conflict can you name?

Women of the Revolution 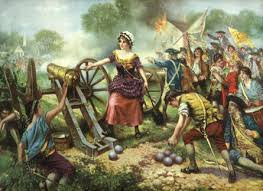 By their abiding faith they inspired and encouraged the men; by their sacrifice they performed their part in the struggle out of which came our country …