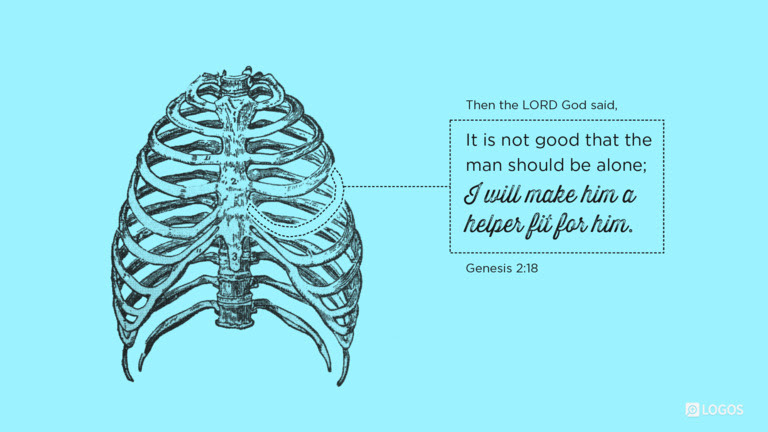 Genesis 2 is what I call the detailed report of those things in Chapter 1 God knew we would have questions about. It starts with God finishing creation and resting on Day 7. Matthew Henry’s Concise Commentary breaks it down this way, with our text comes from the last part of the Chapter:

The concept here, the direct intervention from God is plain for all to see;  “It is not good (beneficial) for the man to be alone;”  and since we are talking about the beginning of creation, some 6000 years ago  God had to intervene and create a woman just as He had a man.  The interesting thing here is the HOW. God could have used the same dust formula but chose instead to use v.21, the rib the Greek word here is Telsa’ and can only mean a rib, so God makes a woman from a man so that they would be joined to his wife, and they shall become one flesh.

Yesterday was Valentine’s Day, and here in America at least it is a B I G deal.  Everyone spends like crazy trying to prove their “Love” for one another with some token or extravagant gift.  According to the National Retailers Association, the following chart shows Americans spent less this year but still a staggering $21.8 BILLION on Valentine’s Day gifts.

While I get the importance of telling your wife you love her, I think we should never forget that some trivial or even some extravagant gift can never replace true biblical love.

I offer the following for your edification:

What does it mean that husbands are to love their wives?

Husbands, 8 Admonitions to Love Your Wife