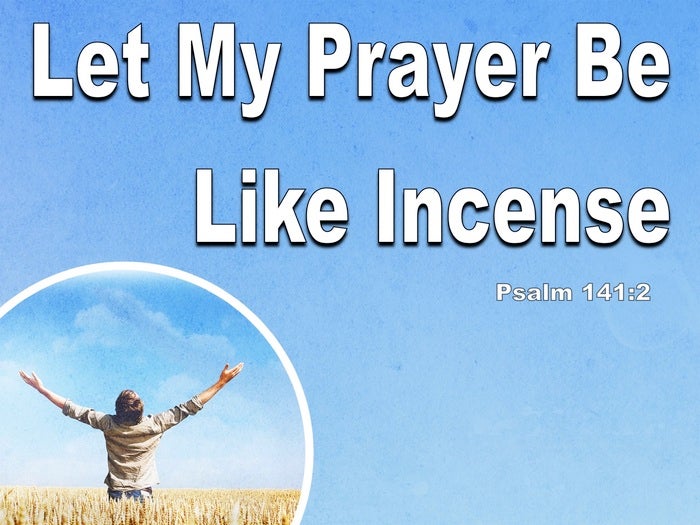 David was in distress when he penned this psalm, pursued, it is most likely, by Saul, that violent man. Is any distressed? Let him pray; David did so, and had the comfort of it.

The mercy and grace of God are as necessary to us as they were to him, and therefore we should be humbly earnest for them in singing this psalm. – Matthew Henry’s Concise Commentary

In the first installment we looked at Praying for God’s favorable acceptance. The second part of the series was entitled petitioning for His assistance, and yesterday we explored Praying to God for others. Today we close the series by looking at the final 4 verses with the theme of a Final Plea and Praise.

v.7 – Our bones are scattered at the grave’s mouth, as when one cutteth and cleaveth wood upon the earth.

v.8 – But mine eyes are unto thee, O God the Lord: in thee is my trust; leave not my soul destitute.

What to do when life seems so desperate? David’s response, Praise and  focus on God,  mine eyes are unto thee,  have faith in God,  in thee is my trust, focus on the eternal, leave not my soul destitute.  This last one to me is most significant. In times of trouble we have a tendency to focus on the present storm, when our eternal destiny is really much more important.

v.9 & 10 – Keep me from the snares which they have laid for me, and the gins of the workers of iniquity.  Let the wicked fall into their own nets, whilst that I withal escape. David makes a final plea for safety from his persecutors.

Snares, Gins, Nets. The usual method of capturing or killing the lion in Palestine was by pitfalls or nets, to both of which there are many references in the Scriptures. The mode of hunting the lion with nets was identical with that which is practised in India at the present time. The precise locality of the lion’s dwelling place having been discovered, a circular wall of net is arranged round it, or if only a few nets can be obtained, they are set in a curved form, the concave side being towards the lion. They then send dogs into the thicket, hurl stones and sticks at the den, shoot arrows into it, fling burning torches at it, and so irritate and alarm the animal that it rushes against the net, which is so made that it falls down and envelops the animal in its folds. If the nets be few, the drivers go to the opposite side of the den, and induce the lion to escape in the direction where he sees no foes, but where he is sure to run against the treacherous net. Other large and dangerous animals were also captured by the same means. Another and more common, because an easier and a cheaper method, was, by digging a deep pit, covering the mouth with a slight covering of sticks and earth, and driving the animal upon the treacherous covering. It is an easier method than the net, because after the pit is once dug, the only trouble lies in throwing the covering over its mouth. But it is not so well adapted for taking beasts alive, as they are likely to be damaged, either by the fall into the pit, or by the means used in getting them out again. Animals, therefore, that are caught in pits are generally, though not always, killed before they are taken out. The net, however, envelops the animal so perfectly, and renders it so helpless, that it can be easily bound and taken away. The hunting net is very expensive, and requires a large staff of men to work it, so that none but a rich man could use the net in hunting. Besides the net, several other modes of bird catching were used by the ancient Jews, just as is the case at the present day. Boys, for example, who catch birds for their own consumption, and not for the market, can do so by means of various traps, most of which are made on the principle of the noose, or snare. Sometimes a great number of hair nooses are set in places to which the birds are decoyed, so that in hopping about, many of them are sure to be entangled in the snares. Sometimes the noose is ingeniously suspended in a narrow passage which the birds are likely to traverse, and sometimes a simple fall trap is employed.—J. G. Wood.

If you are a Truly Converted Christian and actively engaged in the biblical mandate to share the Good News you will experience difficulties in this life for like Christ the world will HATE us.

We have choices, give up, fight on our own or like David, fight with Fragrant Prayer to the King of Kings, Lord of Lords, the Conqueror of Death.

You have commanded your angels concerning me, to guard me in all my ways; to bear me up in their hands, lest I strike my foot against a stone. Psalm 91:11-12(ESV) And they are all ministering spirits, sent out to serve for the good of those who are to inherit salvation. Hebrews 1:14(ESV)

When perhaps there has been but a step between me and death, 1 Samuel 20:3(ESV) and when I have felt that I have received the sentence of death, 2 Corinthians 1:9(ESV) and have been ready to say, “In the middle of my days I must depart; I am consigned to the gates of Sheol for the rest of my years”; Isaiah 38:10(ESV) yet in love you have delivered my life from the pit of destruction and cast all my sins behind your back. Isaiah 38:17(ESV)

When the snares of death have encompassed me and the pangs of Sheol have laid hold on me, I have called on the name of the LORD and have found that gracious is the LORD, and righteous, yes, my God is merciful; I have been brought low, and he has saved me, Psalm 116:3-6(ESV) and has delivered my soul from death, my eyes from tears, and my feet from stumbling. I will therefore walk before the LORD in the land of the living. Psalm 116:8-9(ESV)