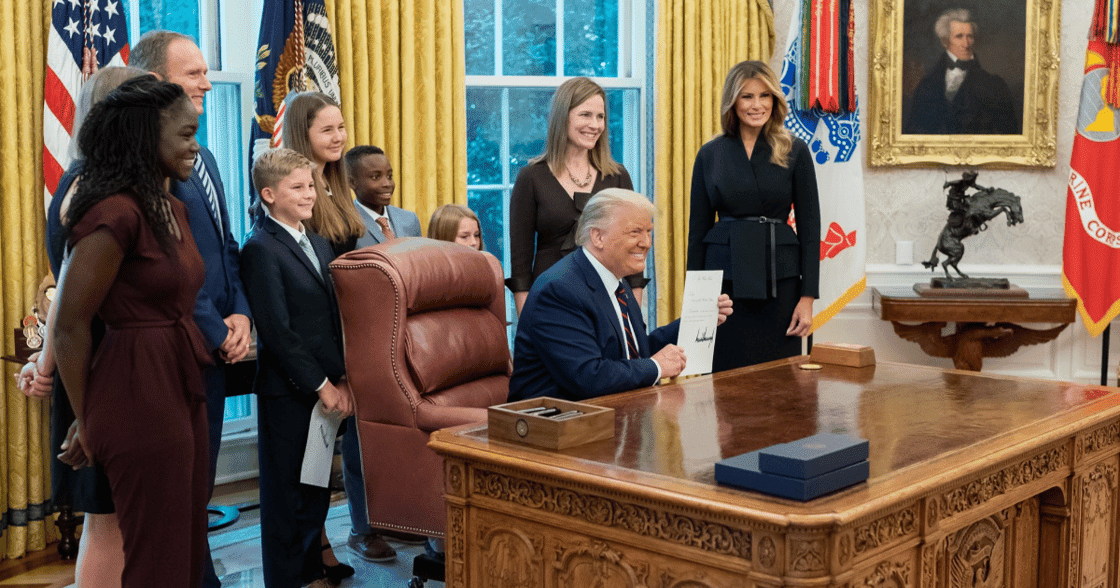 Today’s BreakPoint: Why the Left Is Attacking Amy Coney Barrett

(It’s not Just Because Trump Nominated Her)

“In a Sane World,” suggests Kathryn Jean Lopez, “America Would Have Just Fallen in Love with the Barrett Family.” After all, Amy Coney Barrett’s scholarly brilliance is recognized by legal minds on both the left and the right. Plus, she’s the mom of seven children, including two that were adopted from Haiti. Her youngest child, who has Down Syndrome, is the favorite of everyone in the family, she revealed in a truth said in jest when she accepted her nomination.

It’s a good question, even for those on the other side of the political aisle. Barrett is, after all, literal proof that women really “can have it all,” a line that, apparently, more people say than actually believe. As NPR’s Nina Totenberg admitted in a recent profile, “Barrett’s busy schedule and her many roles leave people … scratching their heads and asking, ‘How does she do it?’”…