Can the United States still be Redeemed? 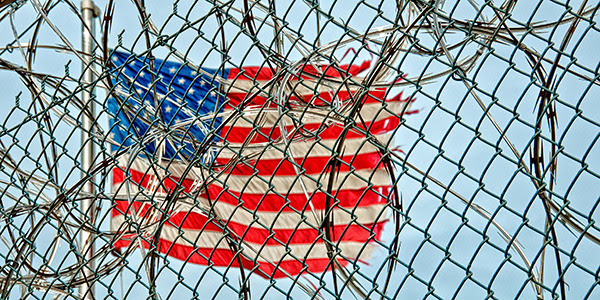 I fear the United States is hastening towards judgment. Where that line of no return is I do not know, but the nation’s rapid moral and spiritual decline is hurtling us towards that terrifying line at breakneck speed. Only divine intervention can turn us from our self-destructive course. We have forsaken the God which gave us a country immersed in a strong Christian heritage; we have abandoned the ancient paths to becoming a modern barbaric culture (Jeremiah 6:16).

Just prior to my ministering at an urban church the youth pastor taught his unsaved, street-level youth group that homosexuality is a sin and those practicing it will spend an eternity in hell. One 14-year-old girl replied, “Then everyone in my school is going to hell.” This same young woman responded to an altar call I gave while preaching to that youth group. While my wife was ministering to her she asked a serious question: “How can I be a Christian when all my friends are lesbians and my mother is a drug addict?” Bob Just was right when he stated: “Today’s culture is a child molester.”

How can the Lord hold back his just wrath when we are destroying our nation, beginning with our youth? Law Professor Kelly Howard stated, “According to sworn testimony before the U.S. Senate, experts reveal that by the time a female in this country is 18 years old, 38 percent have been sexually molested. One in eight women will be raped. Fifty percent of women will be sexually harassed on their jobs during their lifetimes. In fact, sexual dysfunction is on such a rampant rise that experts are calling it a sexual holocaust.”

There are cultures and nations that are simply not redeemable. This means that they have collectively crossed a line in the practice of evil where they refuse to turn from their sin and are therefore left to God’s wrath. Because a culture becomes unredeemable does not indicate that individuals within that culture cannot be saved. It just signifies that the culture has become so immersed in wickedness that the only thing left for it is destruction. This happens in part because the nature of evil is not understood to be exceedingly wicked and offensive to a holy God, so the practice of evil becomes culturally acceptable.

The fact that cultures can become unredeemable does not imply that the doctrine of limited atonement is true. The Lord gave mankind an authentic free will and desires every person to be saved. That is why He declared, “I take no pleasure in the death of the wicked, but rather that they turn from their ways and live. Turn! Turn from your evil ways! Why will you die, O house of Israel?” (Ezekiel 33:11; quoted in 2 Peter 3:9). Though salvation is available to everyone, only those who repent will be saved.

Cultures are made up of individuals who make the conscience moral choices that define the character of the nation or people group. Some cultures become so immersed in the evil that they harden themselves against God. Since they reject God’s salvation, He turns them over to their own self-destructive ways (Romans 1:18-32). In essence, they cross a line in their practice of sin where evil is so ingrained into the culture that the only thing left to them is divine wrath.

Tweet This: “…the nature of evil is not understood to be exceedingly wicked and offensive to a holy God, so the practice of evil becomes culturally acceptable.”

Examples of unredeemable cultures are abundant in Scripture. The Lord destroyed the world with a flood in Noah’s day. He hailed fire and brimstone down on Sodom. Israel could not conquer the promised land until the evil practices of the Amorites were at their worst (Genesis 15:13-16). King Saul was commanded by God to fully destroy the Amalekites because they had plummeted to the depths of evil in their pursuit of wickedness (1 Samuel 15).

The only safe way we can say that culture was unredeemable is by looking at Scripture. Otherwise, we are left to subjective claims that are based upon our small-minded opinions and highfalutin paradigms. Only God knows the hearts of men, therefore, He alone is able to justly judge men and their cultures.

To label people or cultures as unredeemable is also counterproductive to Christ’s command to go into all the world and preach the Gospel. We must always believe that grace is available to everyone and faithfully strive to present them with the Gospel. Ours is not to decide who is to be saved but to reach out to everyone no matter their lifestyle or sin.

The Church’s Role in America

If all this is true then what is the value of understanding that cultures can become unredeemable? So that we seek God’s face for a national awakening and prepare the way for Him to come to us. In the end, we are either going to experience revival or judgment. Yet even if we had a revival where five million people were genuinely converted, would that deliver the nation from the vile explosion of homosexuality? Would it rescue us from the evils of fornication (which includes people living together outside of marriage)? Do you think that the porn and prostitution trades would cease their practices? Would our state governments and Indian reservations abandon the decadent, yet lucrative business of gambling? Would Hollywood cease propagating the moral and spiritual filth it relentlessly vomits out of its studios?

My fear is that we are nearing the line of no return. Nevertheless, we must remember that all things are possible with God and the story of Nineveh is the perfect example of mercy being shown to an evil culture. The Lord decreed the judgment of Nineveh “because its wickedness has come up before me” (Jonah 1:2). After Jonah preached, the people repented, so the Lord granted mercy. If the Savior was “concerned about that great city” of 120,000 souls (Jonah 4:11), will He not be concerned about America’s millions?

There are two ways we can respond to our nation’s aggressive pursuit of evil. The first is to run away from our responsibility as Jonah did at first. This is what the majority of professing believers are doing today. The second is to follow Jonah’s example and repent. Here lies the only hope—that a deeply repentant church would become a catalyst for an authentic awakening that would transform secular society.

Tweet This: “…we seek God’s face for a national awakening and prepare the way for Him to come to us.”

The First Great Awakening in America began in the 1730’s. There were approximately 340,000 people in the country, with roughly 100,000 being alcoholics. At the end of the awakening, 50,000 people were saved. An equivalent awakening today would produce 50 million authentic conversions.

Jesus warned that prior to His second coming the world would be like it was in the days of Noah and Sodom (Luke 17:26-30). Those that gather to fight against God at Armageddon will suffer a fate similar to Sodom’s. Finally, mankind’s practice of evil will reach a depth unequaled in history. The Lord will destroy all of creation and then make a new heaven and earth “wherein dwelleth righteousness” (2 Peter 3:13).

People, cultures, and nations that cross the line in the practice of evil have something worse to fear than the destruction of their culture or of creation itself, and that’s the Great White Throne Judgment. Here the Lord will judge the people as individuals who made their own conscious choices. All who refused to own Jesus as Lord while on earth will suffer an eternity without Him in the Lake of Fire. Even the eternal fires of hell will not purge them of their love of evil. In the Lake of Fire, they will truly be unredeemable.

Glenn Meldrum has been a national evangelist since 1997. Prior to his calling as an evangelist he pastored for 15 years. He is ordained and holds an M.A. in theology and church history from Ashland Theological Seminary. Visit http://www.ihpministry.com for articles, sermons, books, and information on Glenn Meldrum and In His Presence Ministries.

Copyright © 2021 by Pure Life Ministries. Permission is granted to use, copy, distribute, or retransmit information or materials on this page, so long as proper acknowledgment is given to Pure Life Ministries as the source of the materials, and no modifications are made to such material.