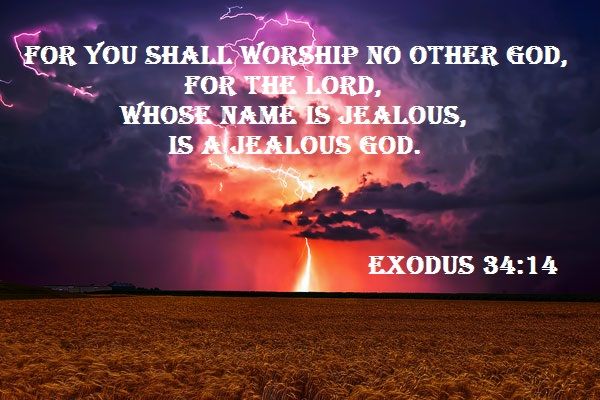 There is no direct parallel quote in the New Testament for this verse. Of course when one reads the NT we find most of it to be just that a New covenant and new information with select quotes from the Old Covenant.

Why the select certain verses over others? My theory (I have yet to do a comprehensive study or analysis) is that since the OT was available in Hebrew and the common Greek; the matter of God was for the most part settled. So the main topics to reinforce were Christ and man’s fallen nature.

In context here we find our text in the center of a portion of scripture defining the Covenant between God and the Nation of Israel; Exodus 34:10-17. They are called to destroy all other idols, put aside all other practices, and worship the one true God. In return v.10, God promises He will do wondrous works (miracles) such as have not been created or produced in all the earth nor among any of the nations.

Four things does Rev. Spurgeon call upon his reader to ponder carefully:

I. Reverently, let us remember that THE LORD IS EXCEEDINGLY JEALOUS OF HIS DEITY.

II. The Lord IS JEALOUS OF HIS SOVEREIGNTY.

III. THE LORD IS JEALOUS OF HIS GLORY.

IV. In the highest sense, THE LORD IS JEALOUS OVER HIS OWN PEOPLE.

The Lord Whose Name Is Jealous – John Piper