Taking the Gospel to Drug Runners and Rebels 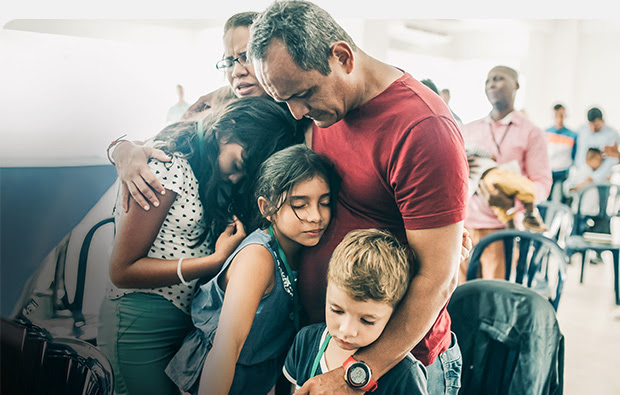 David and Gloria met while attending a training school for missionaries in Colombia. After learning about indigenous people groups who hadn’t yet heard of Jesus, the couple felt compelled to take the gospel to the jungle, even though they knew their area was one of the most dangerous in Colombia. The dense rainforest, broad rivers and lack of Colombian security forces make it an appealing area for drug traffickers transporting cocaine.

David received a surprising offer one day when about 60 guerrilla soldiers appeared at the couple’s house. The rebel commander told David he would triple his salary and allow him to continue his pastoral work if he would join their group.

“I won’t work with you,” David replied. “You kill people. The only person who should have power over life is God.”

The rebel leader didn’t appreciate David’s boldness. “You are lucky it’s me and not some other guerrillas, as they would have shot you in the head already,” he said. “We will talk tomorrow.”

Prayer Focus Update is a monthly information bulletin with up-to-date news on the persecuted Church to help Christians pray for their suffering brothers and sisters. You can use this for prayer groups, your own information and for inclusion in church magazines.

It is available in various formats on the Barnabas Aid website or can be sent through the post free of charge. Please contact your national Barnabas Aid office if you would like to receive this in the mail.