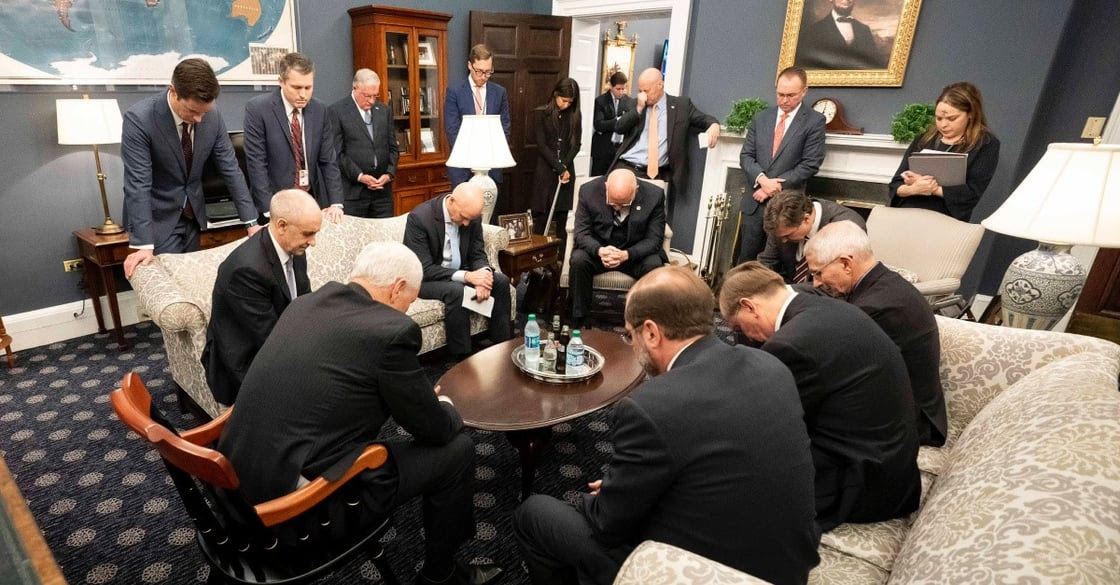 As I argued yesterday on BreakPoint, the spread of the coronavirus is a brutal reminder of just how fragile humans are, a direct and uncomfortable challenge to our collective illusion of control. As it spreads, not only are individual lives threatened, but also the intricate and fragile web of global connections that fuel national and international economies. To ask God’s help in all of this shouldn’t be controversial at all.

That’s exactly what Vice-President Mike Pence decided to do. An official White House photo from February 26 captured the Vice-President and the Coronavirus Task Force opening their meeting with heads bowed in prayer. The photo, as they say nowadays, blew up the Internet, unleashing a tidal wave of “prayer shaming,” a term coined a couple of years ago to describe ridiculing people who dare offer their “thoughts and prayers” for the victims of tragedies like mass shootings.