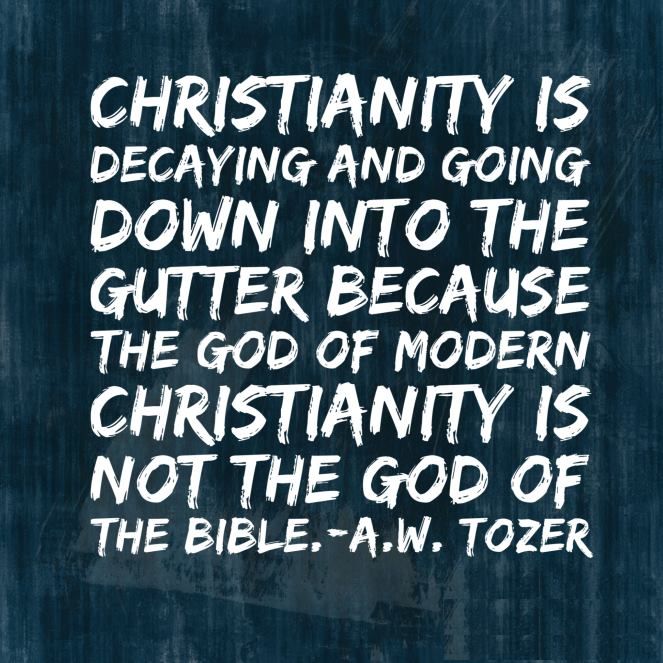 The God of contemporary Christianity!

“These things you have done, and I kept silent. You thought that I was altogether like you! But I will rebuke you and accuse you to your face!” Psalm 50:21

The God of contemporary Christianity is only slightly superior to the pagan gods of ancient Greece and Rome–if indeed He is not actually inferior to them, in that He is weak and helpless–while they at least had some imagined power.

Among the sins to which the human heart is prone, hardly any other is more hateful to God than idolatry; for idolatry is at bottom a libel on His character. The idolatrous heart assumes that God is other than He is–in itself a monstrous sin–and substitutes for the true God, one made after its own likeness. Always this god will conform to the image of the one who created it–and will be base or pure, cruel or kind, according to the moral state of the mind from which it emerges.

The essence of idolatry, is the entertainment of thoughts about God that are unworthy of Him. Wrong ideas about God are not only the fountain from which the polluted waters of idolatry flow–they are themselves idolatrous. The idolater simply imagines things about God–and acts as if they were true.

If we insist upon trying to imagine Him–we end with an idol, made not with hands but with thoughts. And an idol of the mind, is as offensive to God as an idol of the hand!

Before a Christian Church goes into a decline, there must first be a corrupting of her Scriptural thoughts of God. She simply gives a wrong answer to the question, “What is God like?”–and goes downhill from there. Though she may continue to cling to a sound nominal creed–her practical working creed has become false. The masses of her adherents come to believe that God is different from what He actually is–and that is heresy of the most insidious and deadly kind!

The heaviest obligation lying upon the Christian Church today is to purify and elevate her concept of God, until it is once more worthy of Him–and of her!