IS BLM all you thought it was? Maybe not. This OP-Ed, by CIDOI, points out some very disturbing things about BLM and it’s goals.

American cities are burning at the hands of an avowed Marxist organization fueled by anti-Semitic hate. Read on to find out who is funding America’s destruction and what we can do about it. – Mat 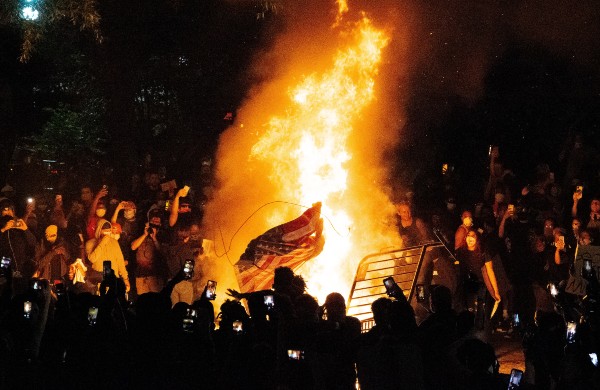 As I wrote to you last week, despite BLM’s fiery calls for wrenching and violent social change, dozens of American corporations have given or pledged now hundreds of millions of dollars to the Black Lives Matter Global Network Foundation—the main BLM organization whose co-founders Patrisse Cullors and Alicia Garza proudly claim to be “trained Marxists.”

But there is much, much more to BLM than meets the eye, and it has to do with one of the deadliest domestic terror organizations in U.S. history — the Weather Underground.

The connections between the Weather Underground and BLM are deeply disturbing, and there are likely far more than the ones we here at CIDI have discovered. As you read on, I think you will be as convinced as me that Congress and the Department of Justice need to immediately investigate the organization known as Black Lives Matter, it’s operatives and its mentors…because this anti-Israel hate group is destroying us right now, literally burning American cities down…