As most of you know I am very conservative and a STRONG advocate for fair and reasonable sentencing. I believe a person must “pay” for there crimes. That being said once they have paid their debt to society I also believe that unfair, illogical and unproductive burdens placed upon them have no place in the criminal justice system.

Most if not all of the current Sex Offender laws do nothing to protect the public, they were passed by legislators who “just needed a bill passed to justify his (their) job(s)”¹ and for no other good reason. As an ex-mate and Prison Ministry worker/Chaplain for the past 16 years I have seen first hand the effects these laws have had on both the public (false sense of security) and ex-offenders (so many restrictions they can’t live).

It is time the US took a hard look at these highly restrictive and destructive laws and the misinformation being spread about them.  Just maybe we can come up with a better way of protecting the public and not overly punishing those who have served their sentences. 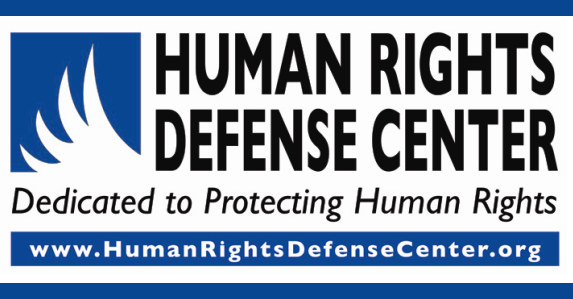 Nigeria is implementing a U.S.-style public registry for sex offenders. “Campaigners have hailed the launch of Nigeria’s first sex-offender registry as a vital step toward tackling reported cases of sexual abuse, which are rising across the county,” reports The Guardian. Despite a dearth of statistics, UNICEF estimates that one in four girls has experienced sexual violence by age 18. However, offenders often go unpunished because of cultural and institutional reasons. Victims are treated poorly, and complaints are not treated seriously.

Oluwaseun Osowobi, the director of a nonprofit victim support organization, said of the registry: “It enables bodies such as schools and hospitals to conduct background checks and it will deter sex offenders because they will know their names will be published, affecting their employment and role in society.”

This is almost certainly true, as the U.S. experiment has shown. Offenders are shamed into homelessness and joblessness in the United States, often for life.

But will the registry prevent sexual assault of women and children? If the U.S. experience is any indication, the Nigerian registry will not reduce incidents of sexual assault. Registries were implemented in the 1990s based on two erroneous notions: (1) that sex offenders have high recidivism rates that do not decline over time and (2) that parents, given knowledge of offenders’ whereabouts, are more able to protect their children.

Since the implementation of the registries, several studies have debunked both assumptions. Regarding recidivism rates, sex offenders reoffend at rates that are actually lower than all classes of crimes except murders. And this is not because of registries either, as several studies have shown no correlation between registries and reduced rates of offending, and one study actually showed that ostracizing offenders contributed to re-offending by making it difficult to reintegrate into society, which is the largest single factor in predicting recidivism.

Parents are no better off because there are so many low-risk individuals on registries — they cannot reasonably sort through the mountains of vague data to properly assess risks posed by individuals. Also, since most child sexual abuse is perpetrated by a family member or friend of the victim, it is highly unlikely that strangers would pose a legitimate threat to the vast majority of children. And this assumes parents bother to check registries. Many don’t, which means the sole purpose of registries at this point is to drive offenders from communities by depriving them of access to jobs and housing, regardless of their actual risk to society.

According to the editorial board of Georgia’s Union-Recorder, this is exactly the purpose. “As a society we have determined that in the case of convicted sexual offenders, the potential danger to the general public, and especially children, outweighs their rights to resume a normal life after their debt to society is paid.” The board advocates for harsher restrictions and stiffer enforcement but proposes no real solutions.

Such rhetoric is untethered from the facts that we have learned of the cause-and-effect relationship between the stigma and isolation that men and boys (who are primarily prosecuted for sex crimes) suffer and their sexual offending. Only by addressing the cultural causes of this problem will we reduce sexual violence. Nigerians would do well to learn from our mistakes before making them all over again themselves.

¹ = this is a direct quote from a former legislative aid