There are many (if not most today) that claim politics and religion have no place in the pulpit. History like this example, and so many more from world and especially our U.S. founding completely disagree. – Mike 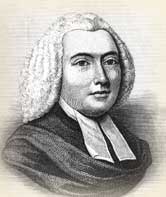 As we witness the power of Islamic clergymen to sway masses of faithful Muslims, it reminds us of the impact religious ideas have had in our own history. Pope Urban preached a rousing sermon and launched the first crusade. John Knox urged discouraged Scottish rebels not to rely on their own arms but on God and the Scottish reformers took new heart. From his Boston pulpit, Jonathan Mayhew called for the repeal of the stamp act and the stamp riots followed.

Whatever one thinks of Jonathan Mayhew’s theology–it was so liberal that the Boston Association of Congregational Ministers would not admit him–no one can deny his influence on the American Revolution. Not only did he preach the sermon that led to the stamp riots, but he preached another which John Adams called “the spark that ignited the American Revolution.”

It was on this day, January 30, 1750 that Jonathan Mayhew preached his Discourse Concerning Unlimited Submission and Non-resistance to the Higher Powers. In it he took to task those who used some words by Paul in the New Testament to argue that the colonists must obey King George III whether he was right or wrong. Paul had written that we are to obey authorities. They are instituted by God, serve God, and exist to do us good. We should obey not just for fear of punishment but for conscience’s sake.

“Common tyrants, and public oppressors, are not intitled to obedience from their subjects, by virtue of any thing here laid down by the inspired apostle.” To illustrate his point Mayhew raises a similar case. “Suppose God requires a family of children, to obey their father and not to resist him…Suppose this parent at length runs distracted, and attempts, in his mad fit, to cut all his children’s throats: Now, in this case, is not the reason before assigned, why these children should obey their parent while he continued of a sound mind, namely, their common good, a reason equally conclusive for disobeying and resisting him, since he is become delirious, and attempts their ruin?”

Mayhew’s lengthy, carefully reasoned sermon was printed and widely read in the colonies. Many Americans accepted its arguments. Among them were John Adams, James Otis, and Josiah Quincey, leaders of the revolution.

News updates on the persecuted Church »
« In the News