They Were No Fools: The Martyrdom of Jim Elliot and Four Other Missionaries (TGC, Double Click for Article) 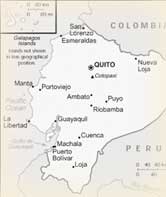 The five men on “Palm Beach,” a strip of sand on the Curaray River, Ecuador, knew that there was danger. But they took the risk for a chance to make friendly contact with the Huaorani (Auca) Indians. Missionaries Ed McCulley, Nate Saint, Jim Elliot, Pete Fleming, and Roger Youderian, had landed on the makeshift airstrip in their “modern missionary mule” (a Piper Cruiser).

Back at Shell Mera,on this day January 8, 1956, Marj Saint waited for word. The short wave radio crackled. Marj listened as her husband, Nate, told her that “a commission of ten” was on its way from Terminal City. “Looks like they’ll be here for the early afternoon service. Pray for us. This is the day! We’ll contact you next at four-thirty.”

Excitement was intense. Months of efforts were about to bear fruit! The “commission” was a group of Huaorani men. Terminal City was the code name the missionaries had given to a Huaorani village they had spotted from the air. If Nate spoke in code words, it was because he did not want Ecuadorians with guns pre-empting the mission’s friendly overtures to the natives. The Huaorani were sturdy forest dwellers who had fiercely resisted all efforts to subdue them, killing many people who ventured into their territory.

Nate had first spotted one of their villages from the air on September 19, 1955. On October 1st, missionaries developed a plan for making contact, when bad weather kept Johnny Keenan from flying Ed back to his home station at Arunjo. Ed, Nate and others gathered at Shell Mera and talked into the wee hours of the morning, huddled over maps. How could they demonstrate that they came in peace and not in hostility?

What they decided to do was fly over the villages and lower gifts to the people. Using a public address system, they repeated friendly phrases that Jim had collected from an Huaorani woman on a nearby hacienda. “Biti miti punimupa: I like you; I want to be your friend.” Soon large numbers of Aucas were converging for the gift drops. Finally the day came when the villagers tied a gift to the line in return–a feathered headdress.

Next, a landing spot had to be found. They chose a playa (sand bar) on the Curaray River. Nate ran simulated landings, touching his wheels to the sand to test its firmness. It seemed okay. Finally on January 3rd, Nate and Ed landed. The sand proved softer than hoped, but by letting air out of the tires, a safe landing and takeoff was possible. Nate ferried the other men and supplies to the camp. They erected a prefab tree house and shouted friendly words into the bush. Four days later a Huaorani man and two women appeared. Now, on this day, January 8th, 1956, several Auca were headed to “Palm Beach.”

Four thirty rolled around, time for the planned radio contact. Eagerly Marj switched on her radio back at base. Nothing! Had the men been invited to the Huaorani houses? She waited. There was no sound. The minutes passed, and lengthened into hours. Silence.

Johnny Keenan flew over Palm Beach on Monday morning. He reported to Marj that he had spotted Nate’s plane, stripped of its fabric. On Wednesday he saw the first of the bodies from the air. Then another. Soon it was evident all five men were dead. A ground force moved in to bury the men. Ed’s body had washed away.

A shipwrecked sailor recalled Jim Elliot’s words: “When it comes time to die, make sure that all you have to do is die.” The five men on the beach had been ready to die and their deaths were not in vain. Through the efforts of the widows, the Huaorani discovered Christian forgiveness. The day came when they explained that they had killed the five out of fear, thinking they were cannibals. The same Huaorani who killed the men became believers in Christ.