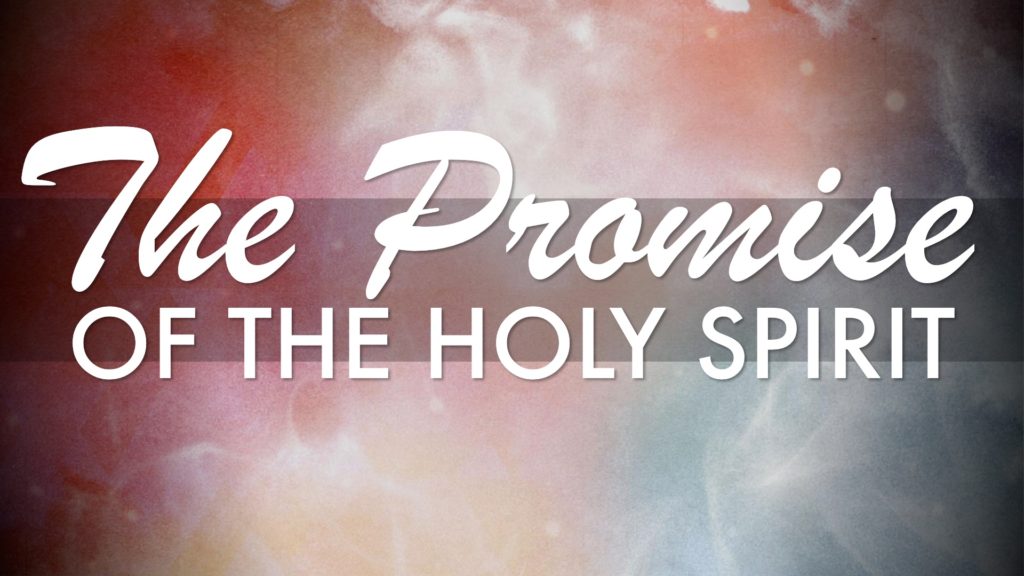 Over the next week or so (?) we will be looking at the Holy Spirit. I have not settled upon the exact topics but the first two (from John 14) are clear, the Promise of and the Roles of.

CONTEXT:  John has just finished telling of Jesus’s most dogmatic, and maybe the most dogmatic statement in history v.6 I Am the Way, and the Truth, and the Life.  No one comes to the Father except through me.  Then Jesus tells his disciples that He and the Father are one V.7-14 but in a very interesting way. He almost insults them by implying the do not really know Him, v.7 If you had [really] known Me, you would also have known My Father and again in v.16 “If you [really] love Me, you will keep and obey My commandments.

These may seem like strange comments but we must remember Jesus had many disciples (followers who wanted in on the action) who looked for “God” in all the wrong places. We will read about on in v.22, one who did not really know Jesus or follow the commandments.

Jesus is not one to leave His true disciples past, present or future hanging so He makes a Promise of a Holy Spirit let’s break it down:

v.16 And I will ask the Father, and He will give you another [a]Helper (Comforter, Advocate, Intercessor—Counselor, Strengthener, Standby), to be with you forever—

The KJV, renders the opening of this verse “And I will pray the Father,”  and while most modern translations have stopped using “pray” i think they are wrong. The Greek word is Erotao, yes it means to ask but in a manner that is to beseech, beg, entreat someone. That is to ask with dutiful purpose as in prayer. Jesus had a dutiful purpose for asking God the Father to send the Holy Spirit.

and He {the Father} will give you another [a]Helper; other translations like the KJV render helper as Comforter.  Note that Jesus’ statement makes note that He is the current helper/comforter but as already discussed at the beginning of this chapter He must go away and so the need for a new Helper/Comforter.

John Clavin in his commentary says: Here he calls the Spirit the gift of the Father, but a gift which he will obtain by his prayers; in another passage he promises that he will give the Spirit. If I depart, says he, I will send, Him to you, (John 16:7.) Both statements are true and correct; for in so far as Christ is our Mediator and Intercessor, he obtains from the Father the grace of the Spirit, but in so far as he is God, he bestows that grace from himself. The meaning of this passage therefore is: “I was given to you by the Father to be a Comforter, but only for a time; now, having discharged my office, I will pray to him to give another Comforter, who will not be for a short time, but will remain always with you.”

v.17 the Spirit of Truth, whom the world cannot receive [and take to its heart] because it does not see Him or know Him, but you know Him because He (the Holy Spirit) remains with you continually and will be in you.

Note the promise is not for everyone, Spirit of Truth, whom the world cannot receive. God will shed His Grace upon whom He chooses in any manner He chooses. Here Jesus makes it plain the Holy Spirit is not for the worldly because it does not see Him or know Him. Only those who have been born of water and Spirit (John 3) have the Holy Spirit remain{ing} with you continually and will be in you.  John Gill in his commentary says: for he dwelleth with you; he is an inhabitant in your hearts, he has taken up his residence in you as his temples:

Jesus had one mission on earth, to “seek and save the lost” (Luke 19:10) but many taskings under that mission. One of which was to train up the Apostles and disciples to lead the church when He departed. Another was to provide comfort to them as they went through life’s daily struggles. Jesus knew once He left things were not going to change, folks would still have struggles so He promised to send the third person of the trinity you another [a]Helper/Comforter, the Holy Spirit.

4 thoughts on “Daily Devotional – The Holy Spirit Part I”