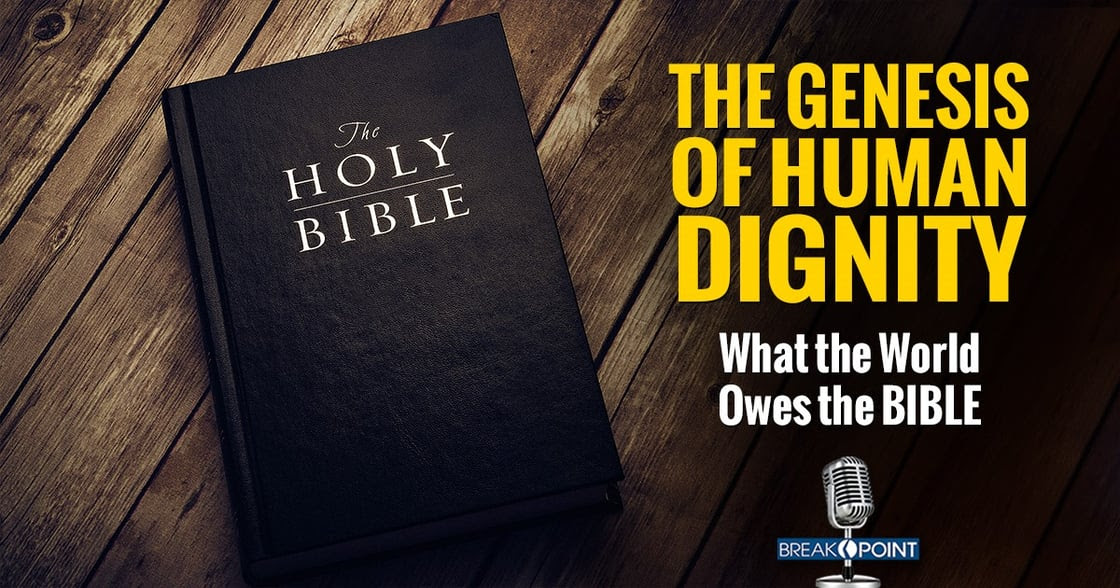 The Genesis of Human Dignity

What the World Owes the Bible

In the novel “Bleak House,” Charles Dickens introduces us to Harold Skimpole, a man who seems charming and reasonable but is quickly revealed to be a mooch and a parasite. Skimpole lives comfortably off of his friends. Even worse, he believes he’s entitled to the standard of living his friends provide, giving no thought at all to what it took to make his life comfortable in the first place.

Western culture is Skimpole-like. In other words, we take ideas such as freedom and human dignity for granted, without ever stopping to think about where those ideas came from in the first place.

Just ask Dr. David Mackereth who, for 26 years, worked for Britain’s National Health Service, mostly in Accident and Emergency wards. By all accounts, he was an excellent doctor.

In 2018, Mackereth was assigned to Britain’s Department for Work and Pensions as a disability assessor. During his training, a senior employee told Mackereth and others they should always address transgender people by their preferred pronoun, “in line with the department’s policy.”

Mackereth appealed his sacking to an employment tribunal, saying that his rights to freedom of thought, conscience, and religion had been violated. He told the panel that for religious reasons he could not refer to “any six-foot tall bearded man” as a “she” or a “her.”

He then cited Genesis 1:27, “So God created man in his own image, in the image of God he created him; male and female he created them.”

Given the state of British culture right now, it’s not surprising that Mackereth lost his appeal. What is surprising is just how full-Skimpole-like the tribunal went in its ruling.

The tribunal said, and I quote, “Belief in Genesis 1:27, a lack of belief in transgenderism and conscientious objection to transgenderism in our judgment are incompatible with human dignity and conflict with the fundamental rights of others.”

This is like finding milk in your supermarket and rejecting that any part at all was played by dairy farmers or cows.

The Bible verse cited by MacKereth and repudiated by the tribunal is the singular basis for the idea of human dignity and “fundamental rights.” Without “God created man in his own image,” the imago dei, the only dignity anyone possesses is what others are willing to give them.

The truth is that had Scripture not introduced the image of God to the world’s lexicon in the first place, the notion of human dignity wouldn’t exist. Even raging atheist Friedrich Nietzsche acknowledged that. The ancient world didn’t recognize universal human dignity, nor did any philosophy other than Christianity even imagine it.

I’m not saying, of course, that Christians always lived up to this truth, either personally or within their societies. What I’m saying is that no one would recognize it as truth had Christianity not grounded it in some way. Or as another atheist, author and philosopher Luc Ferry wrote in his book, “A Brief History of Thought”: “Christianity was to introduce the notion that men are equal in dignity; an unprecedented idea at the time and one to which our world owes its entire democratic inheritance.”

The history of the idea of human dignity is striking and clear, but it’s also ignored by a culture that, like Skimpole, never thinks about where the good things of modern life really come from. Christians can serve the world by reminding it of its own history, not least of which because human dignity will never last if it is untethered from the one and only source that ever gave it to the world in the first place.