Facebook has once again censored a story from the New York Post for the sole reason that it did not like the content, in perhaps the most blatant overstep yet by the tech giant.

On Saturday, the Post published a story detailing the home-buying spree of Black Lives Matter co-founder Patrisse Cullors. The outlet reported that the self-proclaimed Marxist has spent $3.2 million on four homes in the last few years and backed up its findings… 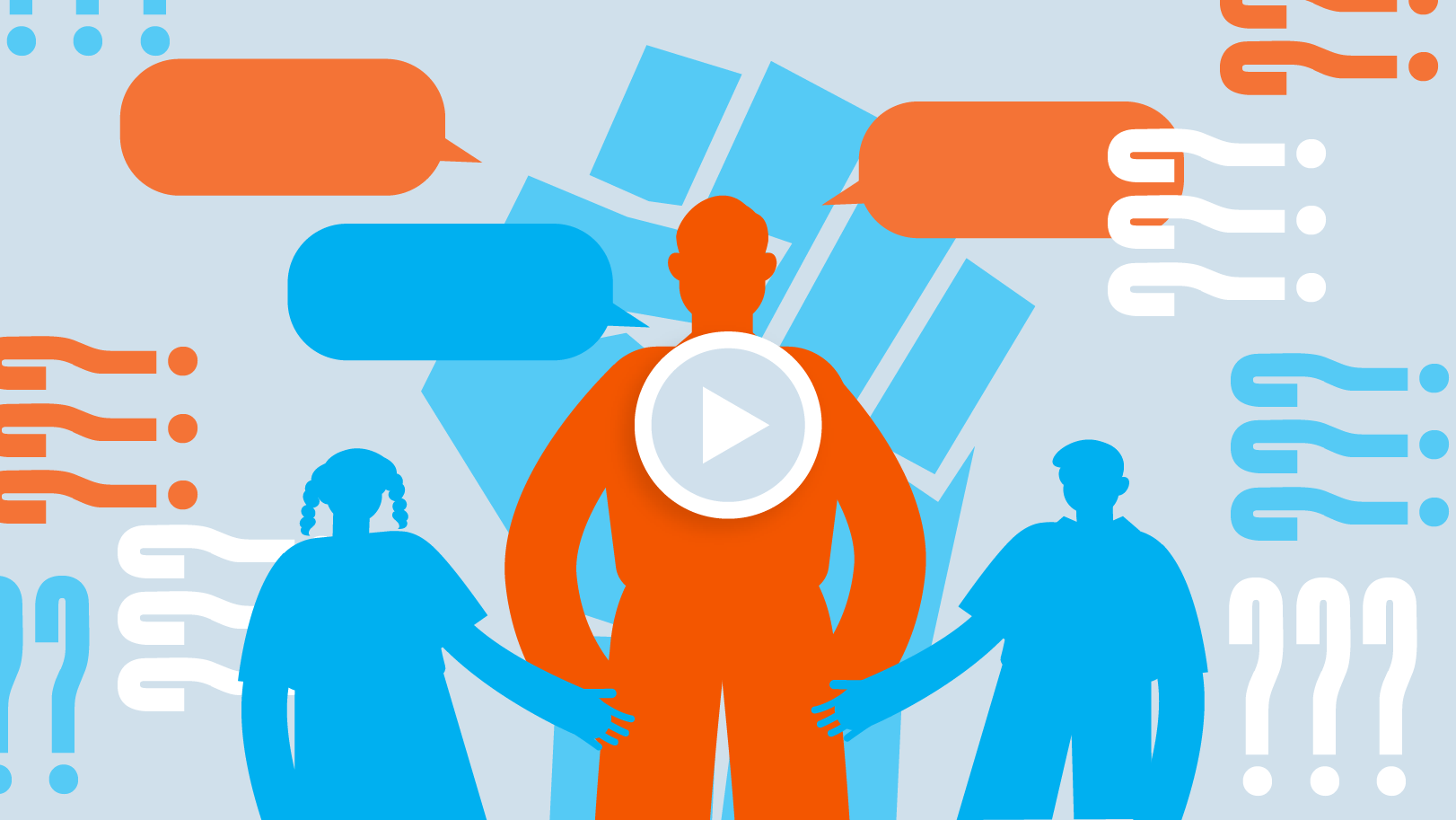 Dan Collins is the proud father of thirteen children. Eight are white, and five, adopted, are black. He’s inclined to support the Black Lives Matter movement but would like some questions answered before he commits.

Can A Homeless Beggar Save The Republic?

Tracing the Genesis of the Swamp

Reducing the Consequences of Fraud in National Elections

The Link between Donald Trump and George Washington

On 2020, Some Thoughts from Abraham Lincoln

Trouble for Democrats: Rebellion in the California suburbs

MN legislators review thousands of deaths attributed to COVID, discover up to 40% due to other causes

Losing our religion… history… and freedom

Dr. Fauci Explains Why It’s So Important He Got Vaccinated

Democrat unleashes on GOP and media confirms its ‘double standard’

This is the new Democratic Party Norm, Google how Downtown Manhattan, D.C. and other places were boarding up store fronts in anticipation of violence (not front conservatives) if a Trump victory was assured. ALL TRUE PATRIOTS should be Warned and Worried. – Mike

On the radio program Monday, Glenn Beck, Stu Burguiere, and Pat Gray reacted to a recently leaked Zoom conference call that shows far-left leaders from organizations like ShutDown DC, the Sunrise Movement, and BLM discussing their terrifying Election Day and post-Election Day plans to spread chaos in the streets.

One participant encourages followers to shut down federal buildings, including the White House, and to harass members of Congress who arrive in D.C. to work. The video, published by the group “Sunrise Exposed,” further illustrates Glenn’s belief that this election is about choosing between good and evil.

Watch the video below: Nestride Yumga experienced real corruption and civil rights abuses in Africa. Then she came to America, the land of opportunity, education, and freedom. So when Black Lives Matter protests declared America guilty of systemic racism and injustice, she knew she had to defend her adoptive country.

Amy Coney Barrett, in Her Own Words

Fear Not the Catholic Justice

How Our Suburbs Are Under Attack From Illegal Immigrant ‘Sanctuary’ Laws

3 Arguments on How the Constitution Treated Slavery

‘An Outstanding Choice for the Supreme Court’

Report: Obama once tried to persuade Ginsburg to retire before crucial election, but she refused

Gov. Newsom signs law allowing transgender inmates to be placed in prison by their gender identity, officers required to use preferred pronouns

The Promise of Freeports

The University as Madrasah

It’s a COVID Casedemic, not a Pandemic

Amy Coney Barrett and the Zealots

The Upside-Down World of the Woke

How the 2014 Midterms Wrecked the Democrats’ Supreme Court Hopes

Purple State Dems Are Angry At Biden Over Pandemic Restrictions

Breaking: Biden Calls On Senate Democrats To ‘Stand strong for our democracy’ and Delay SCOTUS Vote

Kenosha County Sheriff Endorses Trump In Op-ed: “President Donald Trump is the only one who will do what is right for the American people”

Breaking: Car Plows Through Group of Trump Supporters in California

Rep Pressley on America: “Everything Is On The Table….We can pull these ills up from the root and we can reconstruct the new world”

Presidential Debate Moderator Shows His Bias — Over And Over Again

Trump Record-Breaking Win Could Hand Him 2020

What Border Agents Found On Trump’s Wall Proves It Works

In my opinion as if we needed any other daily dose of reality, Tucker Carlson’s opening monologue from the other night should be a eye opening reality check for all those living in the LA-LA land if the progressive left.

Tucker: Elected Democrats have tacitly endorsed violence in our streets

An Exposition of Black Lives Matter: Organization or Movement? Part 1

An Exposition of Black Lives Matter: What Does It All Mean? Part 2

Opinion! = Yesterday I was in a discussion over a social media post (go figure) entitled De Blasio’s Wife Can Not Explain Where The $850 Million Went one individual commented ‘thieves, daughter is looter rioter’ another responded ‘she’s not a looter, maybe a rioter yes. Fighting for Black Lives That Matter. Trying to help to make a change’ to which I responded BLM is a joke, they of course stermly (all BOLD) disagreed, and I responded, “get educated and read the manifesto. Originally organized by socialist borderline communists. Now locking arms with Antifa. Belong in jail nowhere else. No respect” They ended with “I’m speaking in terms of lives, nothing more, nothing less, no need to be educated. Life, Not an organization.”

My point for this is simple there is always a need to be effectively educated otherwise we make statements like BLM is good because we have been fed the liberal propaganda hook, line and sinker. Do black lives matter, DUH! but does the organization BLM really care about Black Live?  Not that I can see, if they did why are they not peacefully protesting the thousands of Black Babies MURDERED in abortion mills each year. Why are they not out peacefully protesting the hundreds of black children MURDERED in senseless drive by shootings each years. Why are they not peacefully organizing and working for change? Because they really do not care; read their manifesto and get educated.

Breaking: Over 100 Police Agencies Pull Out Of Agreements

Parents On Online-Only School This Fall:

Just Under 12k Troops Being Pulled From Germany

Report: Vatican Hacked By China Ahead Of Talks About Status Of The Church In Country

Rep. Jim Jordan Asks Google CEO To Promise They Won’t Repeat Election Interference As They Did In 2016 For Hillary: “Is Google going to tailor its features to help Joe Biden in the 2020 election?” [VIDEO]

VIDEO: Sleepy Joe Biden Escorted Like A Child, Staffers Attempt To Keep Him Away From Media

Biden’s Statement On ‘Anarchists and Arsonists’ Sends Democrats Into Panic

Google CEO Shockingly Admits What Conservatives Knew All Along

Fact vs. fear in the back-to-school debate

Seattle: No need for jail cells if no more criminals

Hezbollah’s use of ‘human shields’ vs. Israel’s respect for civilians

Panel approves model of Billy Graham statue for US Capitol

‘What I discovered was absolutely shocking’: Doctor reveals the REAL reason for anti-hydroxychloroquine hype

The Immigration Problem Is Worse Than You Think

Reciprocity Can Cure Our Ills with China

The Purpose of Government

A few thoughts about AG Barr at the House

The Riots in Portland Started in Public School

The Slow and Ugly Implosion of South Africa Continues

A Sword Over the Nile: New Book Exposes 14 Centuries of Christian Persecution

About those ‘peaceful protests’…

Lockdown exposes the chasm between the left and right

Who are the quacks spreading misinformation about COVID-19?

Are Lockdowns Necessary? What Data From 10 Countries Show

What Precedent and the Constitution Say About Postponing an Election

ICYMI: The Left’s Willingness to Tolerate Violence Should Frighten All Americans

The Heritage Foundation Releases Its 39th Annual ‘Mandate for Leadership’

Defend US Statues and Monuments: Here’s What the Mobs Really Want to Destroy

We Will Not Sit Idly By