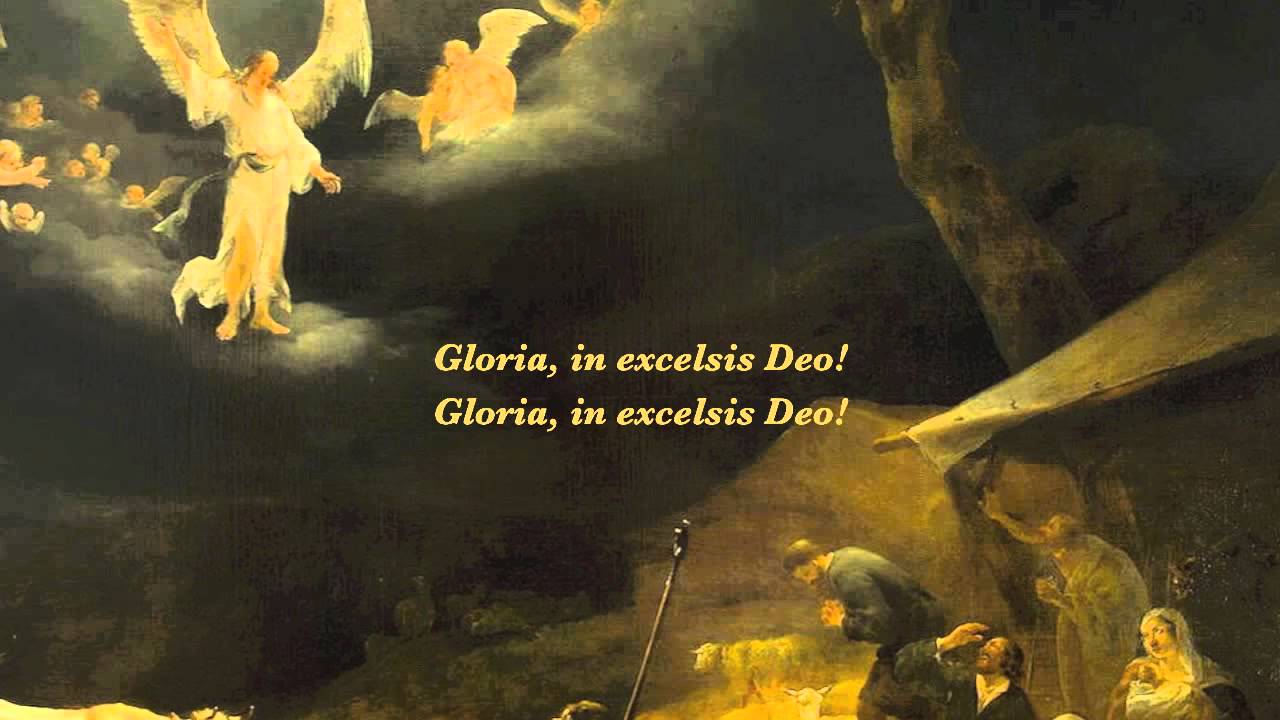 The angels announce Jesus Birth and call the shepherds to visit.

Angels were heralds of the new-born Saviour, but they were only sent to some poor, humble, pious, industrious shepherds, who were in the business of their calling, keeping watch over their flock. We are not out of the way of Divine visits, when we are employed in an honest calling, and abide with God in it. Let God have the honour of this work; Glory to God in the highest. God’s good-will to men, manifested in sending the Messiah, redounds to his praise. Other works of God are for his glory, but the redemption of the world is for his glory in the highest. – Matthew Henry Concise Commentary

Angels we have heard on high, comes from a traditional French carol, “Les Anges dans nos Campagnes“ that was translated from French to English by Bishop James Chadwick (1813-1882) with the music we sing today  being credited to  Edward S. Barnes somewhere around 1937. It first appeared in Holy Family Hymns (1860) and The Crown of Jesus Music (1864, adapted by Henri Friedrich Hémy).

The references to our text are quite obvious; Angels,  shepherds,  Bethlehem, him in a manger laid. The most striking however is the refrain itself:

Gloria in excelsis Deo, which is the Latin translation of v.14 Glory to God in the highest,

Both the Puritan Catechism and the  Westminster Larger Catechism start with the following question and answer:

There are many things worth Glorifying God for but none top this one event.  God could have chosen so many ways to deal with rebellious and sinful man,  (destruction, forsaken, etc.)  but chose to to send a Savior, His only begotten Son.

“Angels we have heard on high” is a song for believers to invite the world to come and celebrate the most glorious event in all of history, God incarnate as man.

I pray this year and throughout the next sing praises in your heart, Gloria in excelsis Deo, and and share that joy and glory with the world.