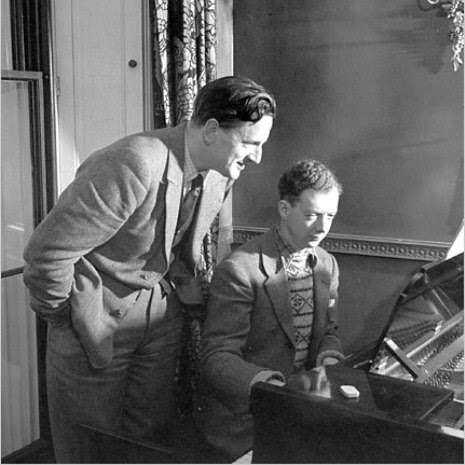 In the recent Tom Hanks movie Greyhound, the captain of a destroyer helps to lead a convoy across the U-boat-infested North Atlantic during WWII. To say that the trip from the U.S. to Britain in 1942 was dangerous is not only is an understatement of epic proportions, it offers context for the extraordinary composition of Benjamin Britten’s “Ceremony of Carols.”

Britten was arguably the most important British composer of the 20th century. In 1942, after three years in North America, he found himself in the middle of the Atlantic aboard a Swedish cargo vessel, trying to return to his native England. Instead of panicking amidst the harrowing circumstances of the dangerous crossing, he wrote two choral works: the “Hymn to St. Cecilia” and the “Ceremony of Carols.”

One thought on “Britten’s Ceremony of Carols”