“As you reflect on the death and resurrection of Jesus Christ this weekend, consider the panoramic scene of God’s glorious plan of redemption that extends from Genesis to Revelation.” 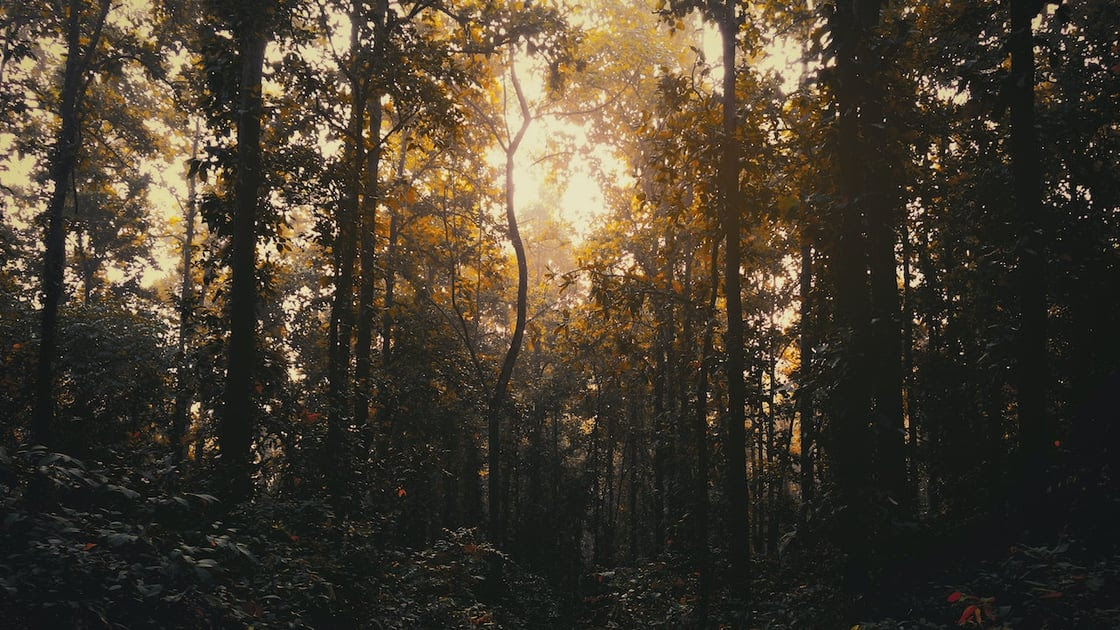 The Promise in the Garden of Eden

The very first time that the suffering of Christ is mentioned is in the garden of Eden. After the fall of Adam and Eve, God pronounces a curse on the serpent, and in the curse, He promises a battle between the serpent and Eve’s offspring (3:14–15). In this promise, God declares that while this offspring will be victorious, He will also suffer harm. God says: “I will put enmity between you and the woman, and between your offspring and her offspring; He shall bruise you on the head, and you shall bruise him on the heel.” God promises that the offspring (who is the Messiah) will strike the serpent’s head, but that the serpent will strike the Messiah’s heel. This was fulfilled at the cross. But consider God’s unfathomable love and grace in this verse. God’s immediate response to the sin of Adam and Eve—before He even announces judgment against them—is to make a promise that a Redeemer will come and defeat the serpent, and in this way defeat sin and death.

The Promise in the History of Israel

This seminal promise then serves as a beacon of hope for the people of Israel of God’s ultimate victory over sin and enmity. A few thousand years after the Garden of Eden, the echo of this promise resounds in Psalm 110 in a revelation to David that the Messiah will conquer all the enemies. In Psalm 110:1, Yahweh says to the Messiah: “Sit at My right hand until I make Your enemies a footstool for Your feet.” And in verses 5–6, God describes how He will achieve this—He says that “He will shatter kings….He will judge the nations….He will shatter chiefs [lit: the head] over the wide earth.” When God says that He will shatter “the head over the wide earth,” He is alluding to Genesis 3:15 where God himself had promised that the head of the serpent would be crushed. To put it plainly, the Messiah of Psalm 110 will undo the curse of Genesis 3.

The Promise in the Time of the Church

The promise is later reiterated by the apostle Paul in a combined reading of Genesis 3:15 and Psalm 110 to encourage the church that the final defeat of Satan is soon approaching. In Romans 16:20, Paul writes: “The God of peace will soon crush Satan under your feet.” Paul first refers to the image of crushing the serpent (i.e., Satan) from Genesis 3:15, and he then refers to the image of this enemy being subjugated by God under the feet of the conqueror from Psalm 110:1. Significantly, Paul indicates that the church will also play a role in crushing the head of Satan, because the feet that will crush Satan in Romans 16:20 are the feet of the believers. This is to say that Christ achieved his victory over Satan on the cross, and he will fulfill this defeat over Satan through his role as the head of the church. In other words, Paul’s encouragement is that just like God promised to crush the serpent in Genesis 3 and in Psalm 110, so God promises to crush Satan here in Romans 16:20.

The Promise at the End of Time

In the end, the final defeat of Satan—that is the serpent from Genesis 3—is described in the book of Revelation. In Revelation 20:1–2, John describes how Satan is bound for one thousand years: “Then I saw an angel coming down from heaven, holding the key of the abyss and a great chain in his hand. And he laid hold of the dragon, the serpent of old, who is the devil and Satan, and bound him for a thousand years.” But after this temporary incarceration, God casts Satan into the eternal lake of fire: “And the devil who deceived them was thrown into the lake of fire and brimstone, where the beast and the false prophet are also; and they will be tormented day and night forever and ever” (Rev. 20:10).

This is the glorious conclusion to the panorama of God’s plan of redemption. God wins! This weekend is a celebration of God’s victory in Christ over Satan, sin, and death. As you reflect on the story of Christ’s death and resurrection, remember that Jesus crushed the reign of sin and Satan in your life so that he alone may reign. And there is coming a time when everything will be subjected under Christ’s feet and then he will subject himself under God the Father “so that God may be all in all” (1 Cor. 15:28). This is the day that all of creation awaits expectedly (Rom. 8:18–23)—full and final relief from the curse that has plagued this universe since Genesis 3. Until then, we cry Maranatha. Come Lord Jesus!