How did America’s great Christian colleges come to abandon their faith and become the secular institutions they are today? 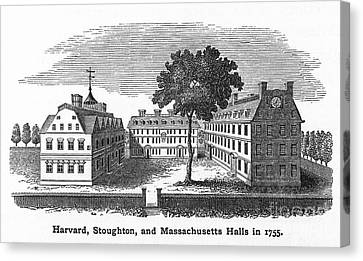 When Harvard College was founded by the Puritans in 1636, they knew well what they wanted from their school. “Let every Student be plainly instructed, and earnestly pressed to consider well, the maine end of his life and studies is, to know God and Jesus Christ which is eternal life, John 17:3, and therefore to lay Christ in the bottome, as the only foundation of all found knowledge and Learning…” The great school was intended to produce a godly clergy.

In less than a hundred years, that high ideal faltered. Liberals won control of the school. On this day, January 24, 1722, they appointed Edward Wigglesworth to fill the newly created Thomas Hollis chair at Harvard College. This made Mr. Wigglesworth the first divinity professor commissioned in the American colonies, but what should have been cause for rejoicing was actually reason to mourn.

Although Wigglesworth had convinced orthodox members his theology was sound, it was not. In Three Centuries of Harvard, Samuel Eliot Morison described what happened next: “One of the first theologians in New England who dared publicly to challenge the ‘five points of Calvinism,’ he [Wigglesworth] employed the deadly method of doubt in inquiry, rather than direct attack… Wigglesworth was a prime favorite with Harvard students, and he and his son Edward, who succeeded, had a very great influence on New England theology. It was the Wigglesworths who trained the pioneers of liberal Christianity in New England–the ministers who led the way out of the lush but fearsome jungles of Calvinism, into the thin, clear light of Unitarianism.”

When the evangelist George Whitefield came to the United States, he denounced liberal colleges as “abodes of darkness, a darkness which could be felt.” The men of Harvard were “Pharisees, resting on head knowledge,” he said. Wigglesworth retorted that Whitefield was fiscally corrupt, demonstrated bad manners and unleashed dangerous enthusiasm among the masses, destroying the peace of New England’s parishes.

In 1701, Yale was founded to counter Harvard’s drift from orthodox Calvinism. By 1805, Unitarians controlled Harvard. Had Wigglesworth had a fervent faith, his appointment this day might have prevented that slide to heresy.

Liberalism is rampant on campus and ruining academia by Lauren Cooley  | September 06, 2018