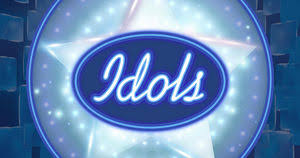 “You shall have no other gods before Me. 4 “You shall not make for yourself any idol, or any likeness (form, manifestation) of what is in heaven above or on the earth beneath or in the water under the earth [as an object to worship]. (AMP)

Thou shalt not make unto thee any graven image. In the First Commandment, after He had taught who was the true God, He commanded that He alone should be worshiped; and now He defines what is His Legitimate Worship. Now, since these are two distinct things, we conclude that the commandments are also distinct, in which different things are treated of. The former indeed precedes in order, viz., that believers are to be contented with one God; but it would not be sufficient for us to be instructed to worship him alone, unless we also knew the manner in which He would be worshiped. The sum is, that the worship of God must be spiritual, in order that it may correspond with His nature. For although Moses only speaks of idolatry, yet there is no doubt but that by
synecdoche, as in all the rest of the Law, he condemns all fictitious services which men in their ingenuity have invented. For hence have arisen the carnal mixtures whereby God’s worship has been profaned, that they estimate Him according to their own reason, and thus in a manner metamorphose Him. It is necessary, then, to remember what God is, lest we should form any gross or earthly ideas respecting Him. The words simply express that it is wrong for men to seek the presence of God in any visible image, because He cannot be represented to our eyes. The command that they should not make any likeness, either of any thing which is in heaven, or in the earth, or
in the waters under the earth, is derived from the evil custom which had everywhere prevailed; for, since superstition is never uniform, but is drawn aside in various directions, some thought that God was represented under the form of fishes, others under that of birds, others in that of brutes; and history especially recounts by what shameless delusions Egypt was led astray. And hence too the vanity of men is declared, since, whithersoever they turn their eyes, they everywhere lay hold of the materials of error, notwithstanding that God’s glory shines on every side, and whatever is seen
above or below, invites us to the true God.

Since, therefore, men are thus deluded, so as to frame for themselves the materials of error from all things they behold, Moses now elevates them above the whole fabric and elements of the world; for by the things that are “in heaven above,” he designates not only the birds, but the sun, and the moon, and all the stars also; as will soon be seen. He declares, then, that a true image of God is not to be found in all the world; and hence that His glory is defiled, and His truth corrupted by the lie, whenever He is set before our eyes in a visible form. Now we must remark, that there are two parts
in the Commandment — the first forbids the erection of a graven image, or any likeness; the second prohibits the transferring of the worship which God claims for Himself alone, to any of these phantoms or delusive shows. Therefore, to devise any image of God, is in itself impious; because by this corruption His Majesty is adulterated, and He is figured to be other than He is. There is no need of refuting the foolish fancy of some, that all sculptures and pictures are here condemned by Moses, for he had no other object than to rescue God’s glory from all the imaginations which tend to corrupt it. And assuredly it is a most gross indecency to make God like a stock or a stone. Some expound the words, “Thou shalt not make to thyself a graven image, which thou mayest adore;” as if it were allowable to make a visible image of God, provided it be not adored; but the expositions which will follow will easily refute their error. Meanwhile, I do not deny that these things are to be taken connectedly, since superstitious worship is hardly ever separated from the preceding error;
for as soon as any one has permitted himself to devise an image of God, he immediately falls into false worship. And surely whosoever reverently and soberly feels and thinks about God Himself, is far from this absurdity; nor does any desire or presumption to metamorphose God ever creep in, except when coarse and carnal imaginations occupy our minds. Hence it comes to pass, that those, who frame for themselves gods of corruptible materials, superstitiously adore the work of their
own hands. I will then readily allow these two things, which are inseparable, to be joined together; only let us recollect that God is insulted, not only when His worship is transferred to idols, but when we try to represent Him by any outward similitude.