The 1st Recorded Celebration of Christmas 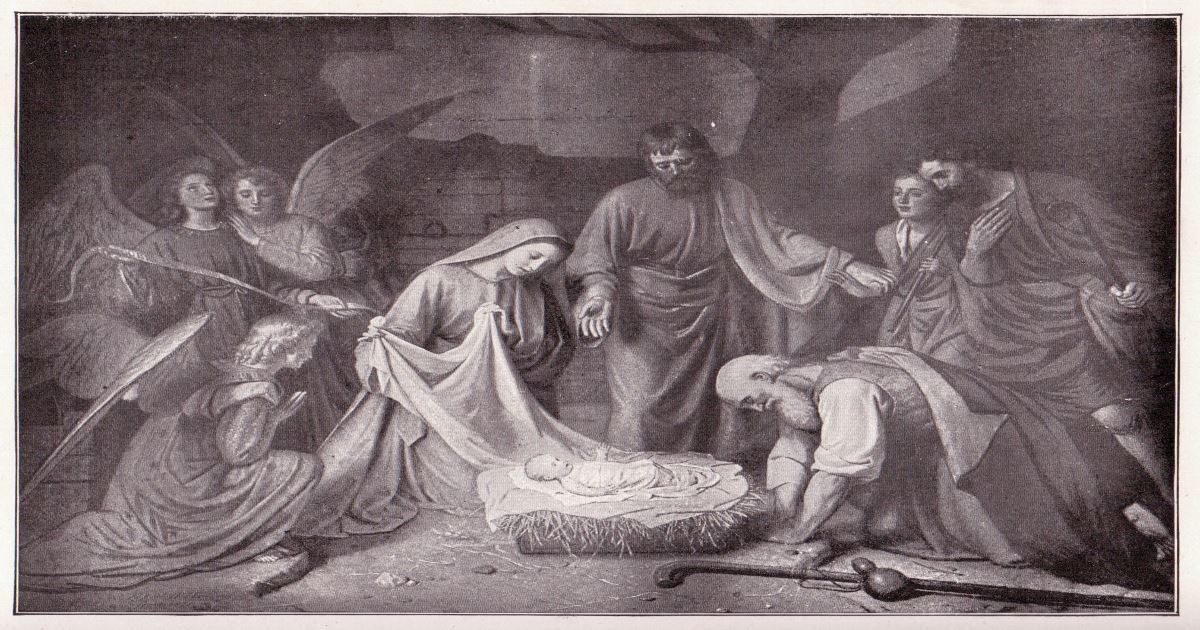 Today is Christmas day (Christ’s mass). But for the first 300 years of Christianity, it wasn’t so. When was Christmas first celebrated? In an old list of Roman bishops, compiled in A. D. 354 these words appear for A.D. 336: “25 Dec.: natus Christus in Betleem Judeae.” December 25th, Christ born in Bethlehem, Judea. This day, December 25, 336, is the first recorded celebration of Christmas.

For the first three hundred years of the church’s existence, birthdays were not given much emphasis–not even the birth of Christ. The day on which a saint died was considered more significant than his or her birth, as it ushered him or her into the kingdom of heaven. Christ’s baptism received more attention than his birthday in the January 6th feast of Epiphany.

Was Jesus Born on December 25th?

No one knows for sure on what day Christ was born. Dionysus Exiguus, a sixth-century monk, who was the first to date all of history from December 25th, the year of our Lord 1. Other traditions gave dates as early as mid-November or as late as March. How did Christmas come to be celebrated on December 25th? Cultures around the Mediterranean and across Europe observed feasts on or around December 25th, marking the winter solstice. The Jews had a festival of lights. Germans had a yule festival. Celtic legends connected the solstice with Balder, the Scandinavian sun god who was struck down by a mistletoe arrow. At the pagan festival of Saturnalia, Romans feasted and gave gifts to the poor. Drinking was closely connected with these pagan feasts. At some point, a Christian bishop may have adopted the day to keep his people from indulging in the old pagan festival.

Historian William J. Tighe offers a different view, however. When a consensus arose in the church to celebrate Christ’s conception on March 25th, it was reasonable to celebrate his birth nine months later.

Many of the pagan customs became associated with Christmas. Christian stories replaced the heathen tales, but the practices hung on. Candles continued to be lit. Kissing under the mistletoe remained common in Scandinavian countries. But over the years, gift exchanges became connected with the name of St. Nicholas, a real but legendary figure of 4th century Lycia (a province of Asia). A charitable man, he threw gifts into homes.

Around the thirteenth century, Christians added one of the most pleasant touches of all to Christmas celebration when they began to sing Christmas carols.

No one is sure just when the Christmas tree came into the picture. It originated in Germany. The 8th century English missionary, St. Boniface, Apostle to Germany, is supposed to have held up the evergreen as a symbol of the everlasting Christ. By the end of the sixteenth century, Christmas trees were common in Germany. Some say Luther cut the first, took it home, and decked it with candles to represent the stars. When the German court came to England, the Christmas tree came with them.

In 1843, in Victorian England, Charles Dickens published his novelette “A Christmas Carol.” It became one of the most popular short works of fiction ever penned. Although the book is more a work of sentiment than of Christianity, it captures something of the Christmas spirit. The tightfisted grump, Ebenezer Scrooge, who exclaimed “humbug!” at the mention of Christmas, is contrasted with generous merry-makers such as his nephew, Fred and with the struggling poor, symbolized by Bob Cratchit and Tiny Tim. The book’s appeal to good works and charitable contributions virtually defines Christmas in English-speaking lands.

Whatever the ins and outs of Christmas, we are still unwrapping the gift of God’s Son–and what an incentive to generosity and joy that gift is!