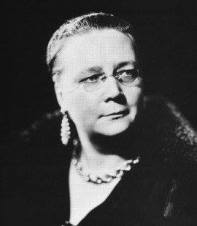 The year was 1941. Britain was at war–and not just with Germany. At home, a fire-storm of controversy roared around a Christian writer.

The trouble began when the BBC (British Broadcast Corporation) announced that it would produce a series of twelve radio plays retelling the life of Christ. The Man Born to Be King was written by the scholar and popular mystery writer, Dorothy L. Sayers, a member of the Church of England. At a press conference, she explained that in order to adapt the gospels to radio, she had invented a few characters and combined Bible personages. To make the radio voices distinct, she had sometimes used American slang or regional accents. For instance, Matthew says, “The fact is Philip, you’ve been had for a sucker. You ought to keep your eyes skinned.”

From the reaction, one would have thought that she had burned a Bible in St. Paul’s Cathedral. Before a single play was released, newspaper headlines screamed “blasphemy!” Atheists complained that Christians were being given free radio time for propaganda. Language lovers griped, “Should children listen to such unwholesome, American slang…?” The Lord’s Day Observance Society complained, “A sinful man presuming to impersonate the Sinless One! It detracts from the honor due to the Divine Majesty.” 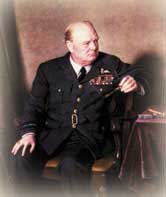 Prime Minister Churchill was swamped with letters urging a ban on the plays. The Archbishop of Canterbury, leading official of the Church of England, received a similar flood of requests. A question was raised about the plays in the House of Commons. Dorothy continued writing.

Although she is best known as the creator of detective Lord Peter Wimsy, Dorothy was well-qualified to write Christian plays. She had already done two for Canterbury Cathedral, both of which were so good they ran for several weeks in London.

No detective had to be called in to learn where she stood on matters of faith. Reared in the Church of England, she did not follow the path of the majority of intellectuals, who abandoned the church. Although she had not lived a saintly life, neither had she renounced her faith. Just how satisfying Christianity was for her became clear in 1938 when she wrote a Sunday editorial for the Times. “The Christian faith is the most exciting drama that ever staggered the imagination of man…and the dogma is the drama.” A typical Sayers’ approach was to poke fun at Higher Criticism by soberly applying its techniques to Sherlock Holmes mysteries!

She accused religious leaders of being so careful to say nothing that would offend anyone that they said nothing worth saying at all. In her radio dramas she presented Christ’s story with superb craftsmanship. She even had to invent the form she used. The nearest equivalent was the cycle of Arthurian legends.

The first play from The Man Born to Be King aired on this day, December 21st, 1941. Most listeners who contacted the BBC said they loved it. For many, the play raised morale by reminding them of their Christian roots. Dorothy made Christ’s life seem so real that people were forced to reconsider its meaning for themselves. The Bishop of Winchester said the cycle was the greatest evangelical appeal made in the twentieth century.

One thought on “Today in Church History”