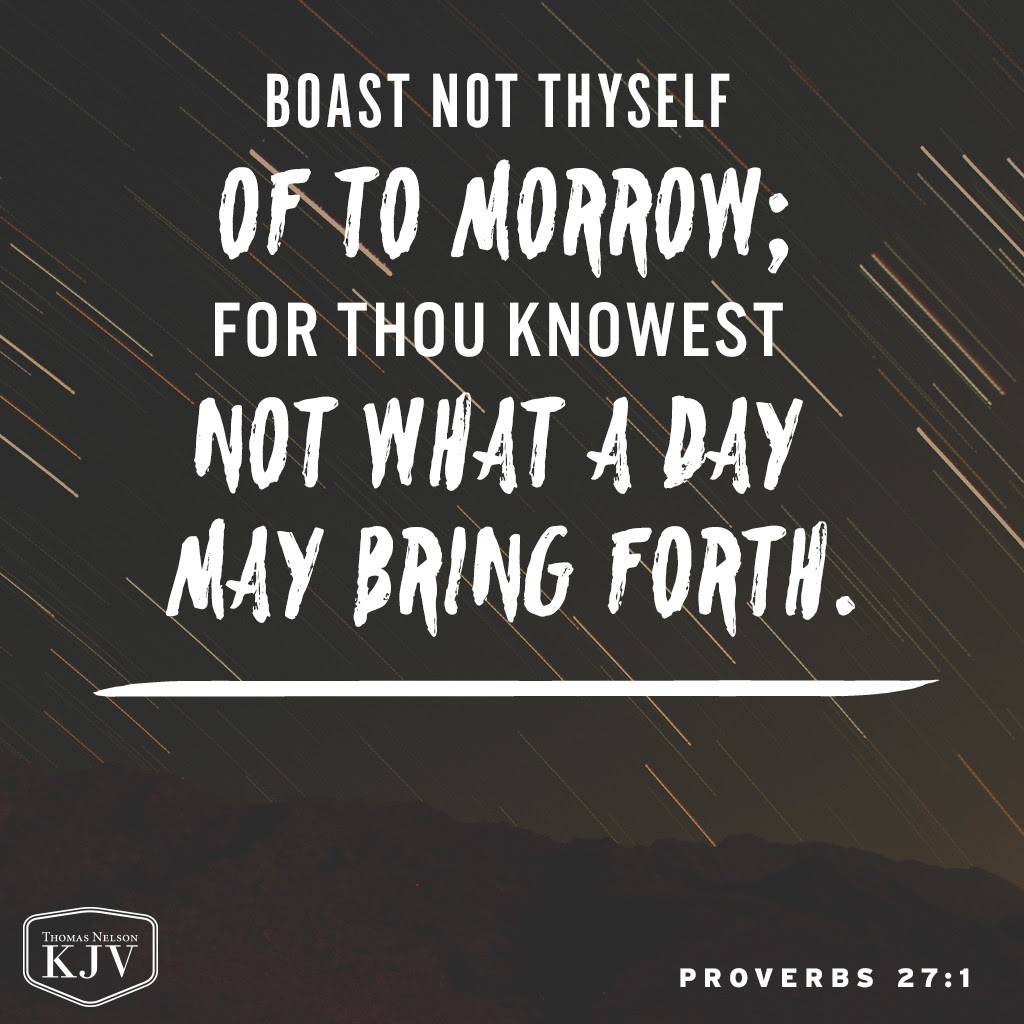 The parallel passage in the New Testament can be found in the book of James 4:13-17 .  The message is pretty plain, you can plan for tomorrow all you want ( and there is not biblical principle against proper preparation and planning)  but do not brag about how successful you are to be for only God knows if there will even be a tomorrow.

If you have never read this classic, I highly recommend you use the link I provided to do so. – Mike 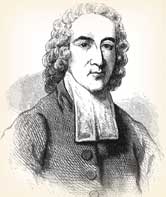 All you that never passed under a great change of heart by the mighty power of the Spirit of God upon your souls; all that were never born again, and made new creatures, and raised from being dead in sin…you are thus in the hands of an angry God; ’tis nothing but his mere pleasure that keeps you from being this moment swallowed up in everlasting destruction.” These words are from one of the most famous sermons in American history. It was preached on this day, July 8, 1741.

Edwards was a Calvinist, ordained to the Christian ministry in a Congregationalist church in Northhampton, Massachusetts in 1727. He was a man who had given “all that I am and have to God, so that I am not in any respect my own.” Edwards directed his whole intellect to working out the implications of faith and supporting true piety. Although most often remembered for his hellfire sermon, “Sinners in the Hands of an Angry God,” Edwards was ordinarily no hellfire preacher. He carefully prepared his sermons with detailed logic and read his messages to the congregation. They were all the more powerful because of their calm and well-reasoned exposition of scripture. He examined and explained the implications of the thought of his great contemporaries Newton and Locke, showing that their discoveries pointed to God, not away from him.

Edwards was well equipped to do this. As a youth he gained proficiency in Hebrew, Greek and Latin. Youthful scientific essays show acute powers of observation. He also wrote works seminal to the field of psychology and, while still a teenager, worked out an idealism similar to Berkeley’s.

People were brought under conviction precisely because they recognized truth in the clarity of his words. Salvation is not by works, he taught, but by the grace of God acting in a heart. It depends upon faith in God’s work in Christ on the cross rather than on our works. Under his teaching, waves of revival swept through his community and spread outward in the Great Awakening. With keen insight, he dissected religious experience and distinguished between true and false religious phenomena.

If Edwards sometimes preached of hell, he also displayed before his listeners the glories of Heaven and of the God who had made the universe. He appealed to them to seek holiness. His uncompromising rebukes against sin and his refusal to permit the unconverted to partake of the Lord’s supper led him into difficulties with his congregation. Unwilling to walk all the way with him, they dismissed him in his twenty-third year of service with them.

In face of this blow, Edwards trusted God. He had been ordained to preach the gospel, and preach he did–to the Housatonic Indians and a small white congregation. Later College authorities asked him to head the College of New Jersey (now Princeton), and accepted the job. He never fulfilled the task, dying within a month of his call to the post when a vaccination went bad. He who had preached, “Therefore let everyone that is out of Christ now awake and fly from the wrath to come,” died in good conscience.

PDF Link to the Full SERMON

Continued at Source: The Value of Preaching Through Books of the Bible

An interesting article on how many fail at good Expository Preaching. The word exposition simply means “a setting forth or explanation.” So expositional preaching is the explanation of Scripture that is based upon diligent study and careful exegesis (critical explanation or interpretation of a text, especially of scripture) of a passage.