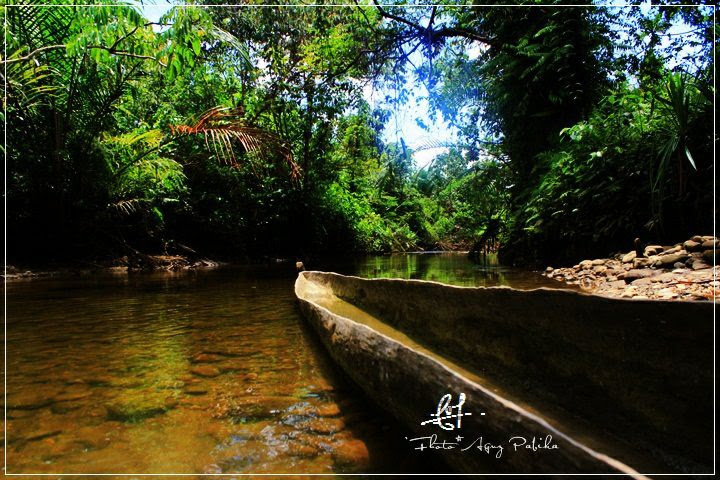 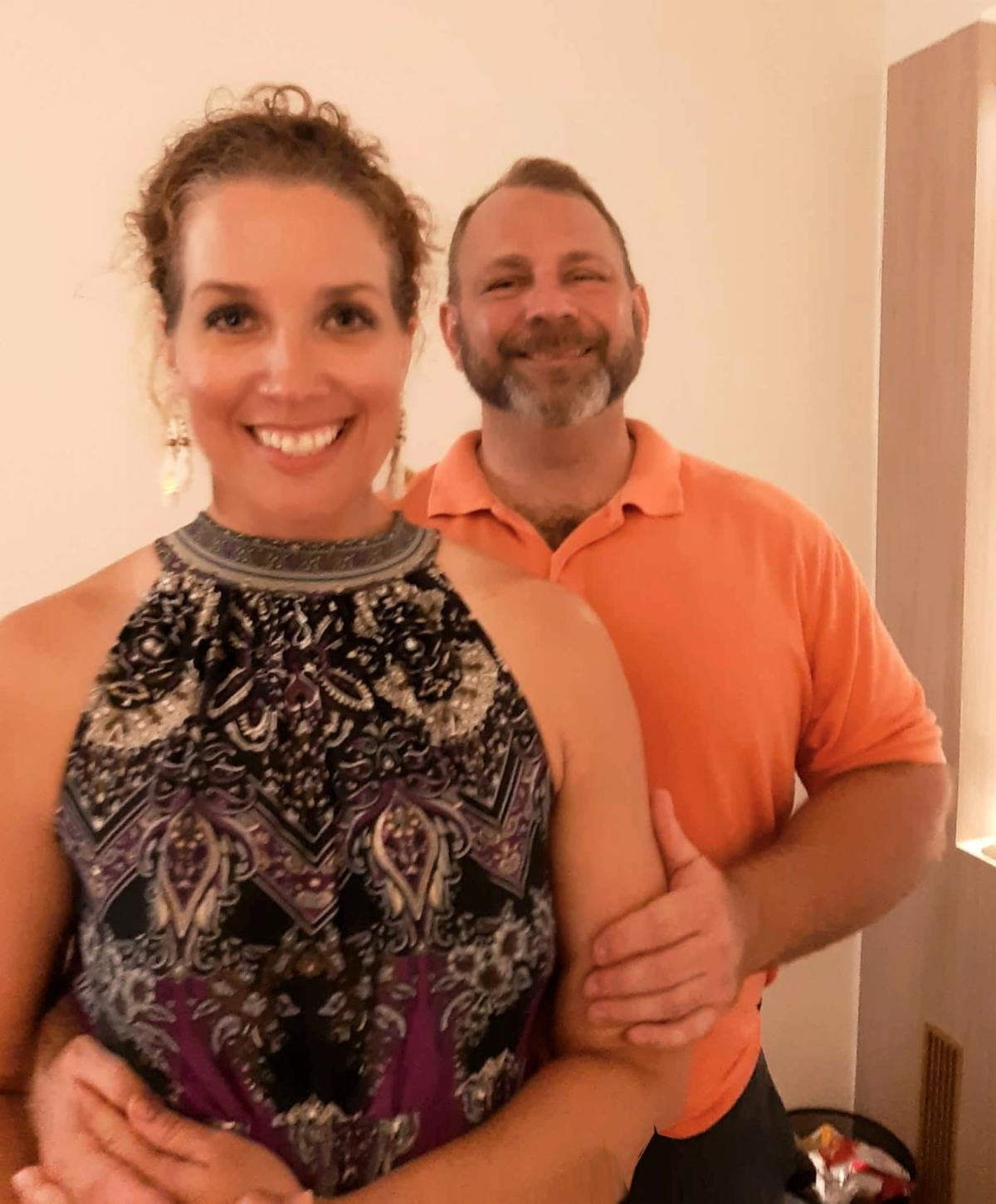 Trevor and Teresa Johnson:
Ok, we are still not in Papua at the moment.
I had pneumonia most of January and was even hospitalized 8 days and very sick for about double that amount. The entire month of January was extremely difficult.
The docs say I will die if I returned to Papua right now.
So we will wait until July and attempt to return to the village.
We were granted Malaysian residency. This is HUGE. So we could live here for life if we wanted and this, too, is a needy country. But we still feel the need to return to Papua.
Not everything has been great. The kids have struggled to adjust. I am trying to recover by resting, taking vitamins, and exercising when able, and maintaining a better diet.
I am trying to finish a doctoral dissertation and the rough draft of a book; but have been so mentally exhausted I can barely work. It is like nothing else I have ever experienced.
The ministries in Papua have not shrunk, however, but have, rather, expanded!
We are now supporting more projects than ever before and we are looking for new donors. Being out of the bush and jungle allows for easier coordination from afar.
Below is a good short ministry video for you to watch.

HOW TO GIVE:
Send a check to:
Bible Baptist Church
3150 Sutton Blvd
Maplewood, MO 63143
Or send through my paypal at:
sovereigngracemissionary@gmail.com
You can also give online here: ONLINE GIVING CMC
Thanks, Trevor 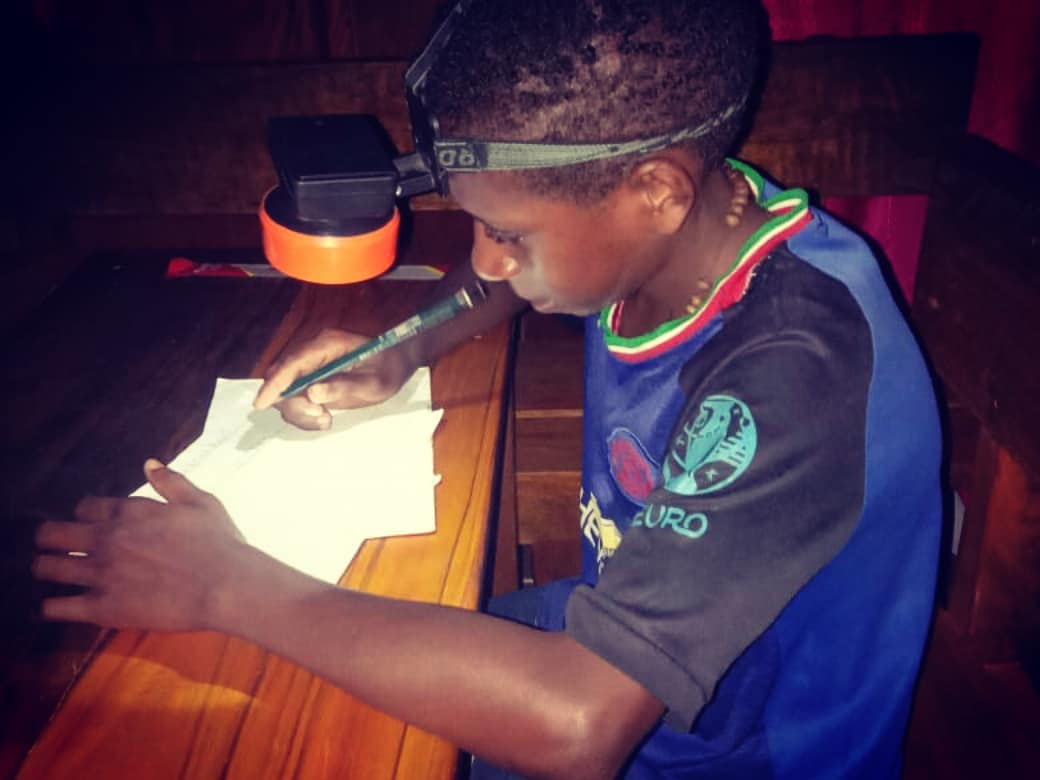 ELECTRICITY FOR THE SAMUEL DORM:
Within the next 3 months I am trying to arrange funding to install electricity into the Samuel dorm so the kids can study at night. You can see them trying to study by flashlight, but that is not so great (and gnats gather around your face with the headlamps).
Contact me to help: sovereigngracemissionary@gmail.com

—60-plus students in Fuau who would not otherwise be educated, plus teachers Andika, Nia, Albertina.

–About one medivac/hospitalization every month. We’ve helped out 3 in the past 6 weeks. 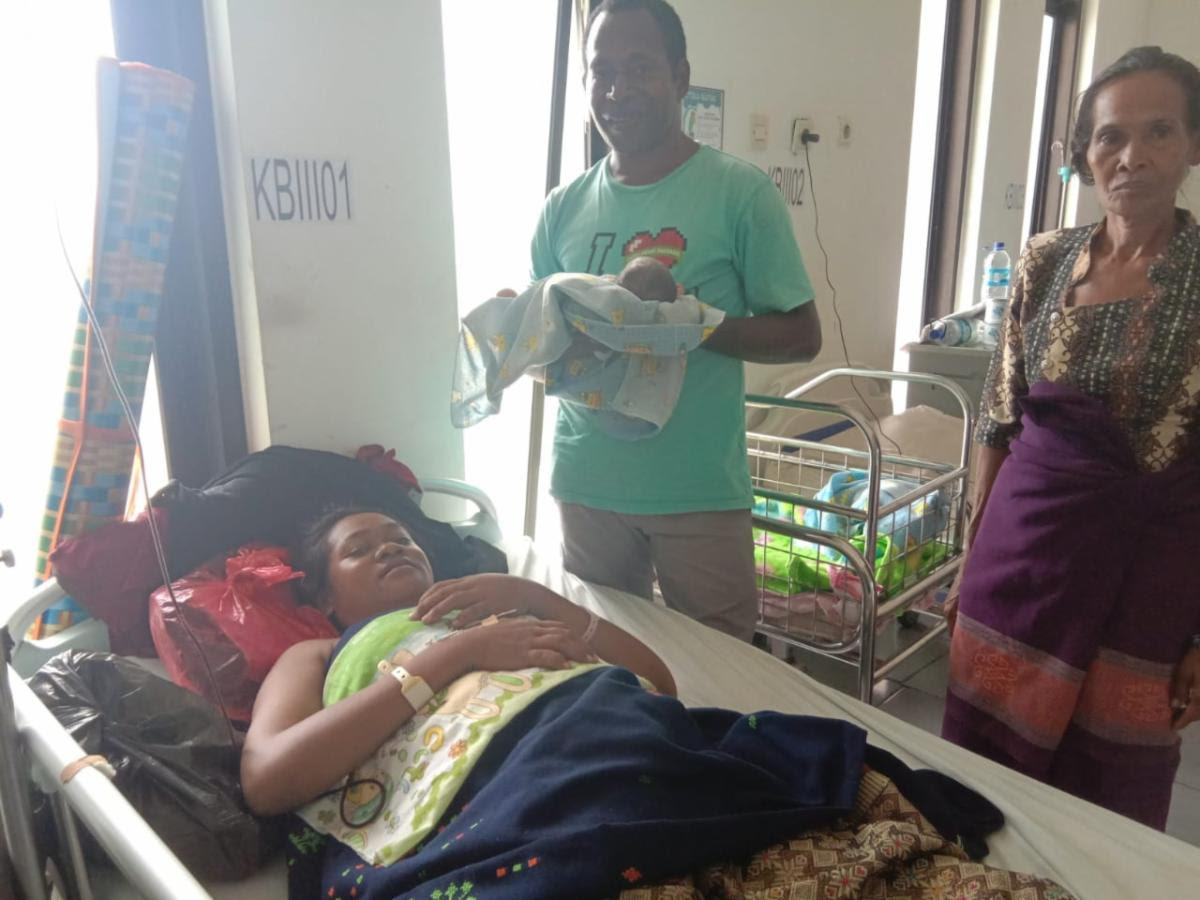 Meiron’s wife survived!
And she is now recovering and Meiron is ready to return to Papua to open a school among the Fayu.
We supported Meiron through school. He married and his wife stayed put on their island after marriage because he could not pay the bride-price. She was expecting and grew critical during her pregnancy (probably eclampsia) and the docs said she was going to die.
We evacuated Meiron from a remote jungle survey he was on three weeks ago and flew him out of Papua to be with her before she died.
We expected the worst.
The docs delivered the baby by c-section and she survived. She began to improve as soon as the baby was delivered.
He was able to see his healthy baby the next day.
She is now recovering and he is ready to return to Papua to open a school at his post among the remote Fayu tribe in the western Mamberamo River region.
Below is a pic of a typical house and the broken-down church building and the children of Foida where he desires to open a school.
His education and transport has all been paid by your generous donations. He needs tickets back to Papua and perhaps a little money for the wife and new child.
Of the two other evangelists first trained by us, Harun died last month and Rudy almost died before we evacuated him to a hospital in town. 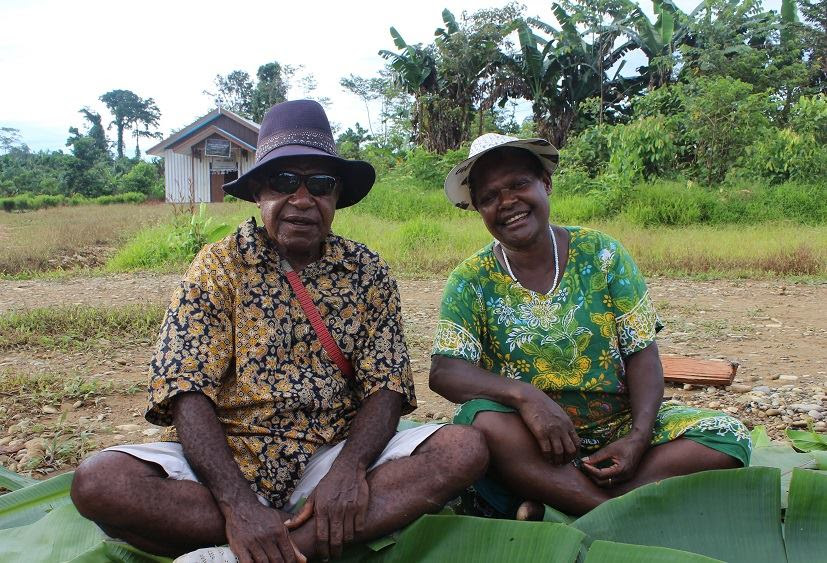 The passing of a giant:
Pastor Yohanes Erelak passed away this week.
He was about 74 and spent his life opening up difficult areas in some of the most remote corners of Papua. After almost dying from an illness in middle age, he recommitted himself to opening the Northern Korowai area and lived for long periods of time in a treehouse (months) with inadequate food and without radio communication.
He helped open Danowage village in 2005 and then he and the Korowai landowners invited me in to live there with them in 2007.
We now have baptized believers, a church, a school, a clinic, a dorm, a runway, and young local men heading to higher education.
His life was threatened many times and he’s suffered much hardship to open this northern region.
And he did this all in his 60s! After opening a similar area to the south in his younger days.
I remember sitting for long hours with him in a canoe, my own back and legs being so sore at age 35 or so. And hiking hours with him through swamp. And climbing up into treehouses with him, he slowly ascending the treacherous ladder. He’d be so tired he’d fall asleep mid-sentence when sitting to rest, and yet he’d keep hiking and visiting new treehouses the next day.
He did things such as take chickens and tree saplings and fruit seeds to all the different villages and gave me the idea to do the same to help aid the villages. He sought transformation of the region, and this transformation is now happening.
He has lived in my home. We’ve hiked and camped together. He is a pioneer and a spiritual father to both me and the Northern Korowai.
May his name be remembered fondly forever.
It is a great privilege to have known this man and to have worked with him.
—-
“…they wandered about in sheepskins and goatskins; being destitute, afflicted, tormented; 38(Of whom the world was not worthy:) they wandered in deserts, and in mountains, and in dens and caves of the earth.” 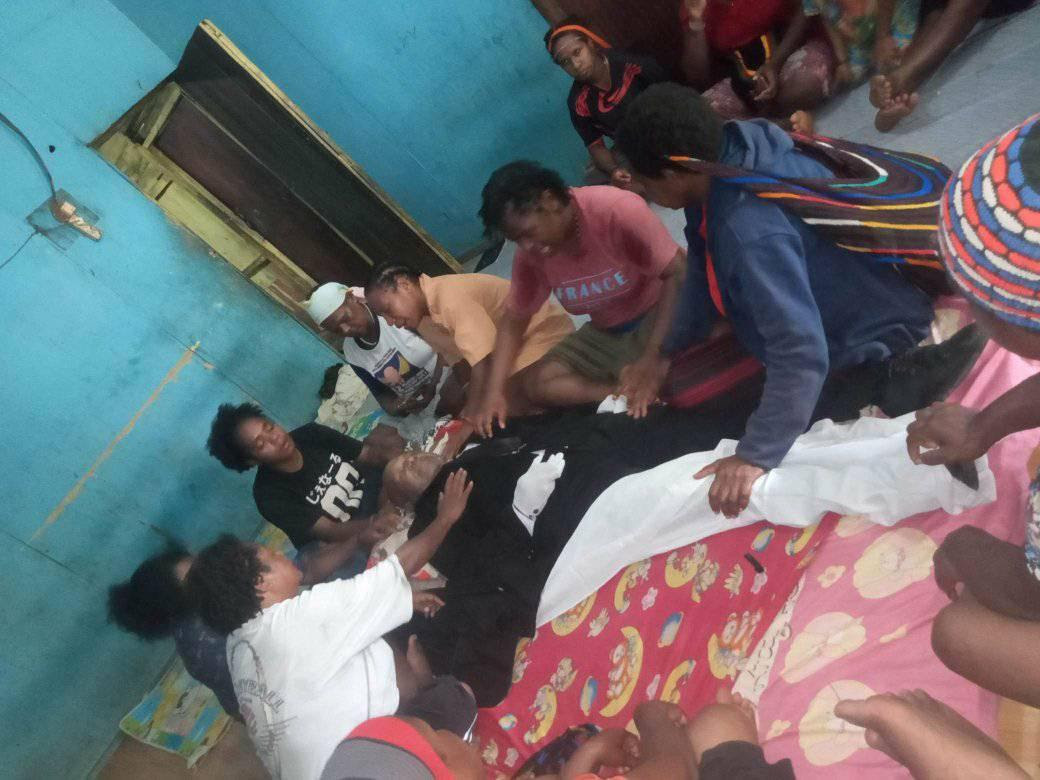 UPDATE WHILE WRITING THIS PRAYER LETTER:
Pastor Yohanes Erelak, pioneer father to the Northern Korowai, was buried today in Merauke. My co-worker Ribka Arung Langi put in a call expressing our condolences to the widow and we are trying to help arrange transport and funds so that the Korowai landowners can go grieve at his grave in Merauke and we will give a love-gift to the widow. Acting pastor of Danowage, Jimmy Weyato, who was recruited by Pastor Erelak, will lead this group to go grieve. 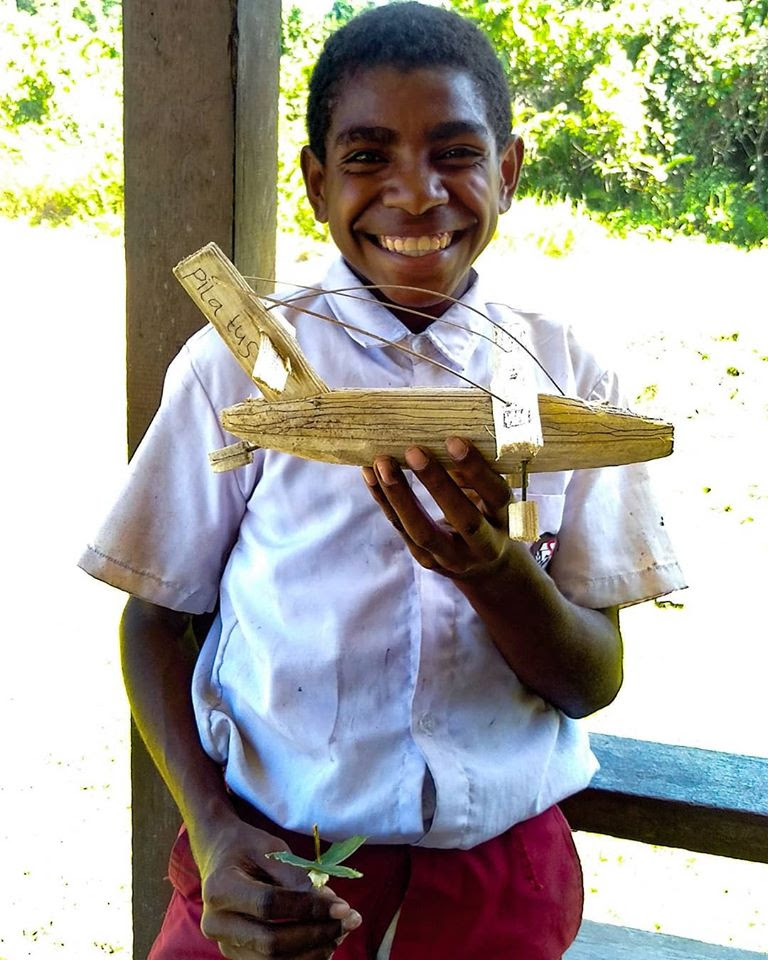 A new project:
I have been given land to build a dorm in town, too:
Last year we built the dorm interior. This helps the younger Korowai kids. This year we need another in town to help the older kids.
Strange as it sounds, children who grew up wearing leaves in the jungle when we entered are now entering high school and college and bible school and updating me via Facebook.
These Korowai young men were mentored by Pastor Nahum and his wife. They are Esau, Musa and Manu. They work In different areas now, evangelist, mechanic, teacher. This year Me and Pastor Nahum and his wife Magdalena will build a house that can be used by 20-plus Korowai and other kids from interior Papua who want to take college and high school in town but who are homeless.
Pastor Nahum is donating the land and a place for the bathroom and garden. I will build the building.
They will be educated with godly character by Magdalena and Pastor Nahum who is a long-time friend who used to chase lizards with me and Noah and who often advise the evangelists Jimmy and Perin. They’ve been long-time friends and supporters of the Northern Korowai efforts.
On the right, Manu is now an evangelist and passed bible school and Musa was baptized by me, but is unfit for ministry but remains useful with his hands and Esau is also very smart.
Please help me gather funds to build this housing unit. 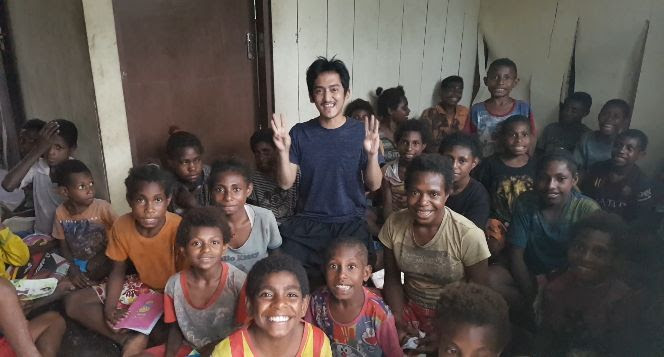 Paul Washer-Jamey Tucker Interview with Paul Snider, Heart Cry Missionary to Papua Indonesia after the massive flooding and devastation there.

Paul Washer is founder of the HeartCry Missionary Society. HeartCry is a missionary society with one great and overriding passion: that God’s Name be Great among the Nations (Malachi 1:11) and that the Lamb receive the full reward for His suffering (Revelation 7:9-10).

You can find out more about Paul Snider, Treavor Johnson and Yuli mentioned in this interview here: Indonesia Ministry

You can Donate to those affected via Heart Cry here: Donate

Treavor has also set up a fund to go directly yo Yuli:

Send a check to:

Or send through my paypal at: sovereigngracemissionary@gmail.com

(but please tell me so that I designate it for Flood Relief).