“My message to those in Hollywood right now: We need to break the silence before it’s too late.”

Actress Samaire Armstrong, who appeared in the hit TV show “The O.C.,” came out of the closet as a conservative in Hollywood. She encourages others like her to speak out against the forced conformity and cancel culture that permeates the industry. 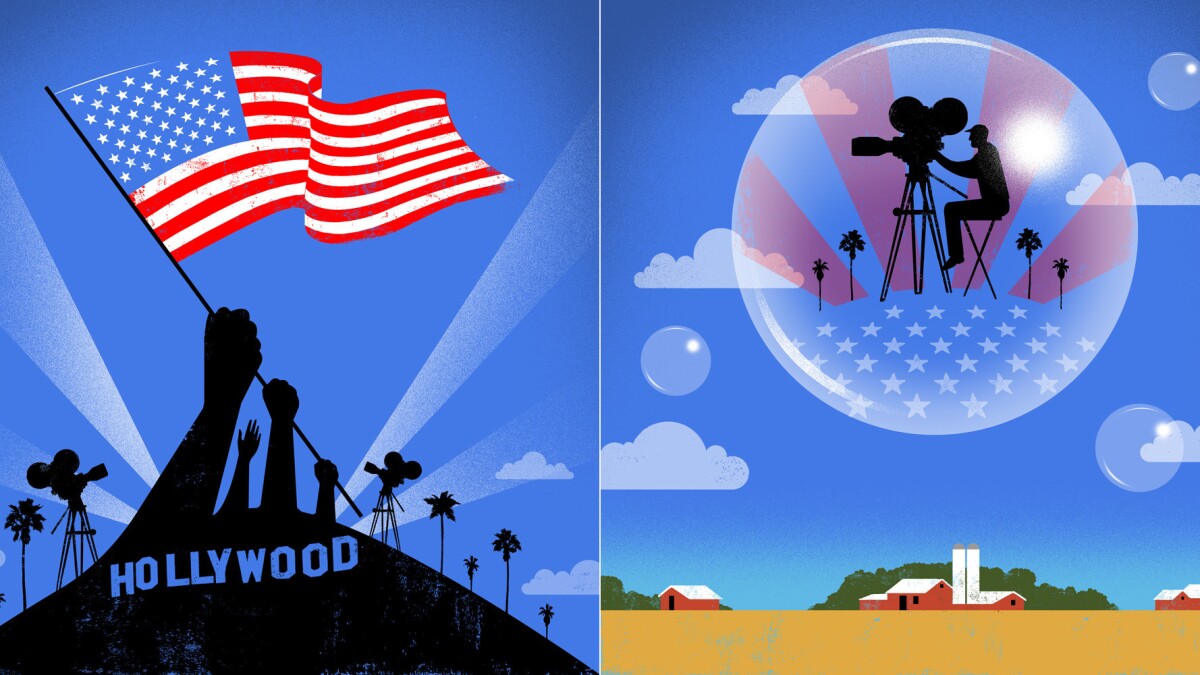 CLEANING OUT MY DRAFT FOLDER AND FOUND A FEW UNPUBLISHED GEMS.

The irony is they (those opposed to Christian Values) will immediately shout from the highest level that we should not be judgmental against their views yet that is exactly what they are doing to us. Of course this could come as no surprise to the depravity of man knows no bounds and we are right to point out such in a way that does not bring disgrace to God.

Academy Awards: How did Hollywood get so ‘woke’?

After Sunday’s Oscars, the Daily Mail ran this lengthy headline: “And the award for the most self-righteous Oscars acceptance speech goes to . . . Joaquin Phoenix lectures about animal rights, Brad Pitt slams impeachment trial and Obama documentary director urges ‘workers of the world to unite.’”

What? “Joaquin Phoenix launched a passionate speech about animal rights, veganism and Speciesism” while the director of an Obama documentary quoted Karl Marx and the Communist Manifesto? The elite, the mega-rich, and the powerful called for the uprising of the oppressed working class?

Other tag lines in the Mail included:

Yes, Hollywood has been “woke” for many years now, fashioning itself to be the prophetic voice of conscience. And, the truth be told, many in Hollywood are passionate about their causes, from animal rights to climate change, and from same-sex “marriage” to immigration.

Not only so, but, “We go into the natural world and plunder it of its resources. We feel entitled to artificially inseminate a cow and then steal her baby, even though her cries of anguish are unmistakable.”

So, pity the poor baby cow (after all, it is a living creature), but rip those human clumps of cells out of their mother’s wombs. This is the hypocrisy of Hollywood.

But this doesn’t the answer two fundamental questions. First, why is this segment of the population so outspoken about social and political issues? Why do they claim to care so much? Second, why have they taken up positions on the extreme left with issue after issue?

Obviously, we can only speak in general terms, since Hollywood is not a monolith. But perhaps the answer to the first question is simply this: Everyone in Hollywood is involved with producing movies. Most movies carry a message. So, the people involved see themselves as messengers.

The editor of a major newspaper once told me that many journalists see themselves as having a prophetic role. They do not just report the news. They challenge injustice. They seek to correct wrongs. Consequently, some of their writing will reflect a particular bias.

Perhaps, in the same way, as actors play certain roles and screenwriters produce the scripts and directors oversee the process, they feel they are playing a prophetic role in the society. They are telling stories that need to be told. They are making social statements. Consequently, they themselves have something to say. (For my response to this, see here.)

But how, then, did their message become so slanted? Why a quotation from Karl Marx? Why the concern about inseminating a cow?

This, in my view, is the result of taking up causes from a me-centered perspective. (I would say “man-centered,” but that uses the dreaded “m” word. To say “human-centered” doesn’t seem to cut it as well.) In other words, rather than seeing things from God’s perspective, they see things from an earthly perspective.

So, rather than see the meaning of marriage as God intended it for human flourishing and the well-being of society, they see the “injustice” of two women not being allowed to marry.

As to how these views became so dominant in Hollywood, this would seem to reflect a process similar to that in our universities. Specifically, after the counterculture shift of the 1960s, an increasing number of leftist intellectuals and artists and cultural influencers rose to the top. And they now hold positions of dominance, effectively silencing and suppressing those who dissent.

Interestingly, though, many “common people” – the proletariat, if you will – are not having it. As the Mail also reported, “while the well-heeled crowd at the Dolby Theatre in Los Angeles applauded their speeches, their ‘lectures’ nauseated the audience at home.

“Many viewers took to Twitter to slam the stars as ‘hypocrites’ and called the event the ‘wokest Oscars ever’.”

Perhaps a little too “woke” for the tastes of many?

Personally, I can appreciate how gifted many of these actors and writers and cinematographers and directors are.

I can appreciate the sacrifices some of them make for their trade (in other words, their riches come with a price).

I can even appreciate their concern for the environment (within reason) and their compassion for animals (again, within reason).

But when wokeness means quoting Marx, celebrating queerness, and caring more for baby cows than for baby humans, then I have a simple message. Hollywood, you need a spiritual awakening. You are not yet truly woke.