With the apparent loss of the Pro-Life presidency of Donald Trump to the pro-death democratic platform of the Bidden-Harris ticket, I urge everyone to sign the petition below:  FYI: Where Does Joe Biden Stand on Abortion?

Pope Francis slams trickle-down economics, advocates for redistribution of wealth: ‘For the good of all’

Jake Tapper takes aim at Trump over COVID infection: ‘You have become a symbol of your own failures’

Dr. Phil And Dr. Oz Under Attack From Big Pharma

NBA Quickly Learns What Leftist Pandering Does To Ratings

In Final Jobs Report Before Election

Is the United States in the Midst of an Insurgency?

To Squash Civil Unrest, the USA Must Remember Its Virtuous Roots

Thoughts on Belief and Religion

Could It Happen Here? The Parallels Between Soviet Bloc and Modern US

How Trump Impeachment ‘Knocked Gun Control in the Head’

We Hear You: Why America Is Exceptional

Judicial Watch has filed an official complaint with the Office of Congressional Ethics about Rep. Ilhan Omar potential violations of law.

Trump speaks message of hope after confusion surrounds his health: ‘I’m going to beat this’ 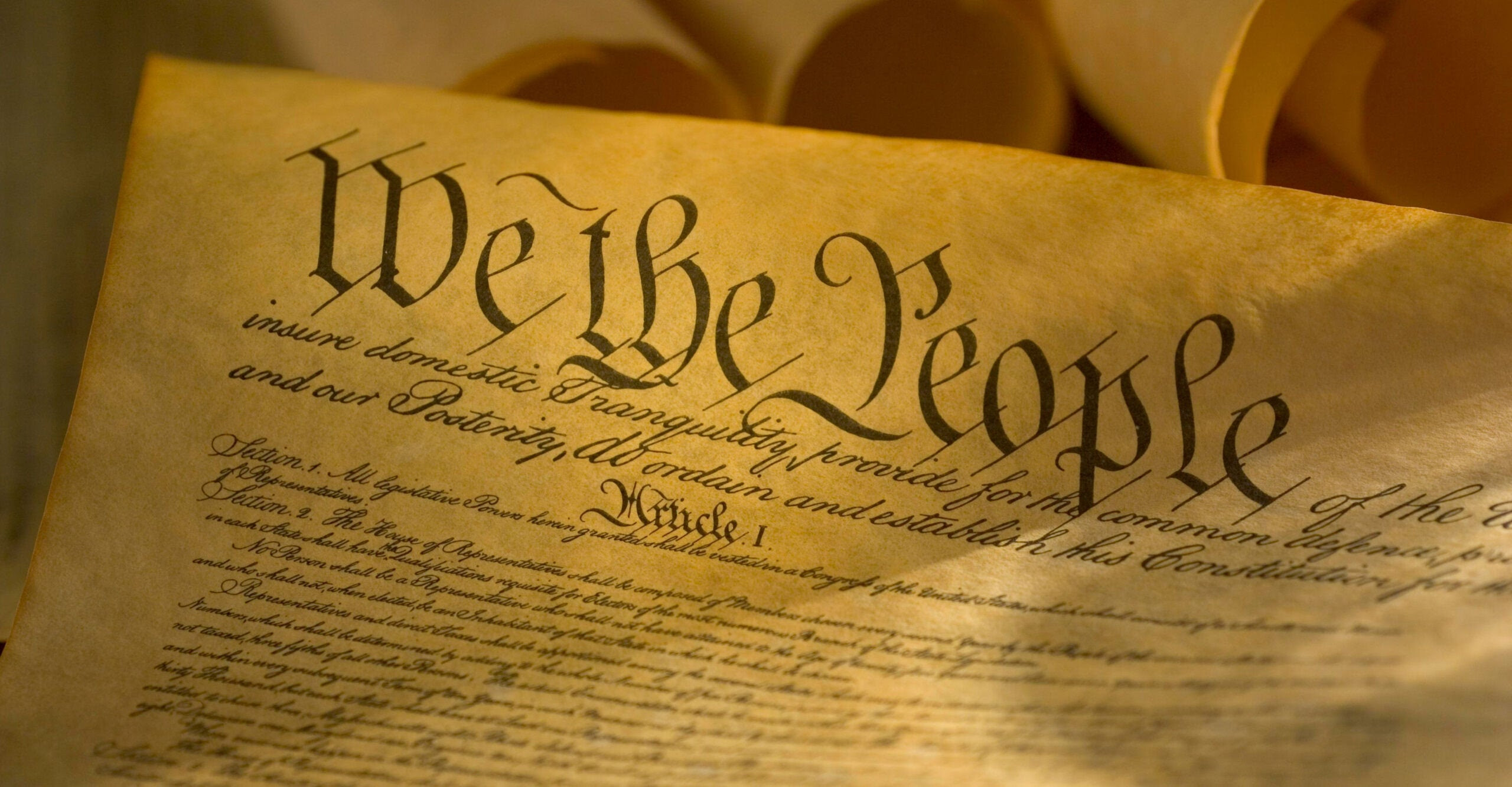 Uncovering the Origins of Identity Politics 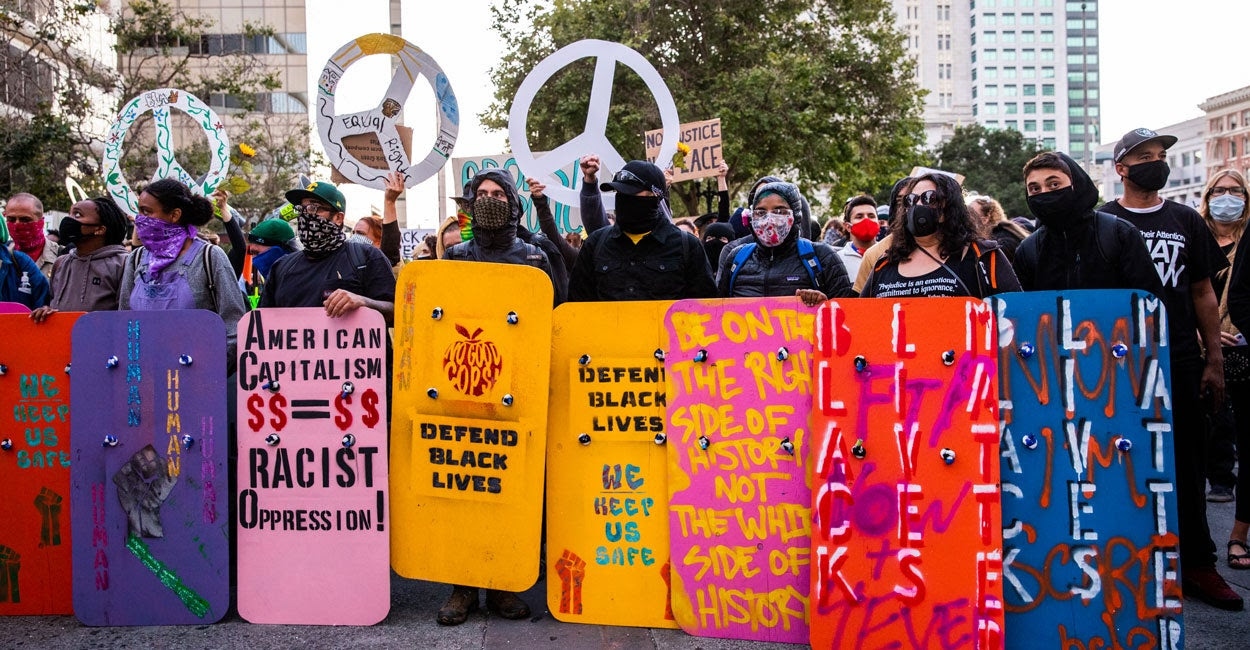 Activ­ists of earlier decades sought to move the United States away from its limited-government traditions inherited from the Anglo-Scottish Enlightenment toward the centralized state planning drawn from the Continental Kantian, Hegelian, and Marxian worldviews…

It Doesn’t Matter Who Did or Did Not Own Slaves

By Destroying History, Liberals Make an Example of Themselves

The War for Free Speech Is Here

Who’s the Real Party of the Rich?

Joe Biden – There’s no fool like an old fool

How the man who eradicated smallpox would have handled coronavirus

Mob Violence Must Not Be Tolerated

Equipping Medical Providers to Cope With the Next Pandemic

Pelosi Spreads Vicious Lie That President Trump Is Being Blackmailed

Five Justices vs. The People

A Sharpe Contrast on Religion

To read the news, visit LifeNews.com.

Historians Doomed to Repeat Themselves

The public schools might be closed, but based on the country’s latest history marks, some kids aren’t missing much! In the “Nation’s Report Card” from the Department of Education, U.S. scores took another big dive in subjects like history, part of an alarming trend that’s prompted the Trump administration to call for “fundamentally rethink[ing] education in America.” And the sooner the better, most people say. At the rate things are going, the only civics our kids will know are the Hondas parked out back.

Calling it “disturbing” and “pervasive,” federal officials tried to come up with some explanation for the across-the-board failure in most eighth-grade classrooms. Except for the “top performing students,” scores in U.S. history were down four points from an already embarrassing mark in 2014. Now, less than a quarter of our country’s eighth graders are considered “proficient” in any social science discipline — and only 15 percent of those can make the grade in U.S. history. We’re talking about students who don’t know about the Lincoln-Douglas debates, the Bill of Rights, or basic global geography, the Washington Examiner laments.

But could these results be coming at the perfect time? Heritage Foundation’s Jonathan Butcher believes so. On “Washington Watch” with Sarah Perry, he pointed out that as discouraging as these numbers are, the coronavirus has actually given parents an opportunity to do something about them. For one, he explains, with more students at home, distance-learning, parents are catching on to what their kids are — and in many cases, aren’t — being taught. By the time children do go back to school in the fall, moms and dads will be a lot more knowledgeable about the gaps in textbooks and classroom lessons. And they’ll be able to bring up those issues and concerns with school administrators. “It’s one thing to be upset about what you read in the news when you hear about what’s being taught in schools. It’s another thing to sit at home with your child [and see it for yourself].”

This pandemic has opened the eyes of a lot of parents, especially when it comes to the impact of Common Core and the rampant “teaching-to-the-test” that’s overtaken education. And unfortunately, the cycle of underperformance and failure has gone on for so long that we’ve raised generations of Americans who lack basic knowledge about the country they’re living in. Is it any wonder that they don’t understand the dangers of socialism or the importance of a constitutional republic? How can they appreciate American exceptionalism if they don’t understand where it came from?

And the surveys of current adults, Jonathan says, only shows where these shortcomings lead. The University of Pennsylvania does one, and in it, they ask people what they know about U.S. government. “It turns out that just under half of respondents… cannot name any branch of government… So that’s troubling. And it certainly puts in perspective these eighth-grade results, which certainly we would hope would be improved through high school.”

Hopefully, as Sarah pointed out, this convergence of at-home learning and these pitiful test scores will force a major change in the public-school landscape. Because, as they both agreed, we need to be able to reach all kids, not just the ones who can afford to find a better option. “There are a lot of kids in New York City, Los Angeles, Chicago, Seattle, Washington, D.C… [whose] neighborhoods may not be safe. They may be coming from single parent homes. They may not have access to computers.” For their sake, Jonathan insists, “we, as thought leaders and advocates [for education], and believers in the ability of every child to have [the same opportunity], need to be talking — come summer, come fall — about how we make the experience for those kids just as good as the ones who are attending private schools and charter schools and using K-12 scholarship.” At the very least, they deserve a choice — and a chance.

Good morning. To those who celebrated Passover and Easter in the last few days, I hope your celebrations were blessed and peaceful. So many people are eager to get back to work. At Heritage, we launched the National Coronavirus Recovery Commission, which released a five-phase plan for reopening America. You can read more about the plan below. Americans across the country are wondering if the measures we are taking to fight coronavirus are not worth the economic costs. Heritage President Kay C. James explains that this isn’t the right way to look at the matter: saving lives and livelihoods must be a two-fold goal. Read her latest op-ed. Meanwhile, the Left is attempting to use this opportunity to change the voting process to their advantage. Heritage legal expert Hans von Spakovsky explains why we must be vigilant to protect election integrity. Here in D.C., Heritage headquarters is still closed, but social distancing isn’t stopping us from hosting great events that you can “attend” online! Check out our list of upcoming webinars to find an event that interests you. Lastly, don’t forget that you can find a full collection of Heritage’s research on the coronavirus here: heritage.org/coronavirus 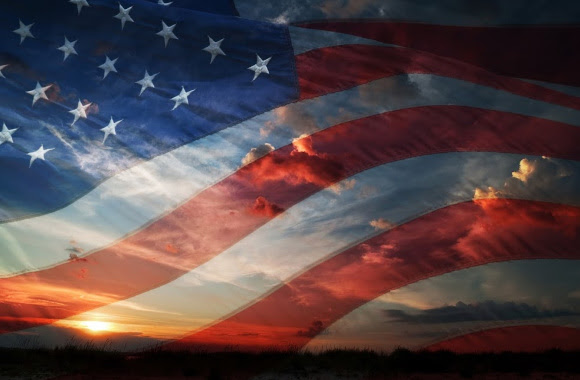 The National Coronavirus Recovery Commission held its first meeting Thursday, bringing together 17 experts whose mission is “save lives and livelihoods.” At the conclusion of Thursday’s meeting, the commission announced a five-phase plan for when and how to begin to get Americans’ lives “back to normal” again. Commission Chairwoman Kay C. James, president of The Heritage Foundation, said we must prioritize getting people back to work, but only as soon as it is safe enough to do so. “Americans want to ensure their families are kept safe and healthy,” James said. “The commission agrees that it is critically important to build the American people’s confidence that we can safely return to some semblance of normal soon. The way to build that confidence is to adopt a phased approach that mitigates the spread of the coronavirus, vastly improves testing, expands our capabilities to quickly find treatments and possibly a cure, and ensures we are better prepared to confront future pandemics.” Read more to find out the details of the commission’s five-phase plan and stay up to date by visiting CoronavirusCommission.com.