Maybe it is COVID-19, maybe something else but a lot more folks are thinking about the ultimate question(s); for non Christians where will I spend eternity and for Christians is my Salvation Assured?

For the first I would direct the reader to two articles we recently published entitled “One Way” and “I’m A Good Person” if you are questioning eternal life it is because God is pulling at your soul, tugging at your heart strings, effectually calling you to repent.

As for TRUE ( those who have heeded the call, repented and made Christ Lord and Savior) Believers: 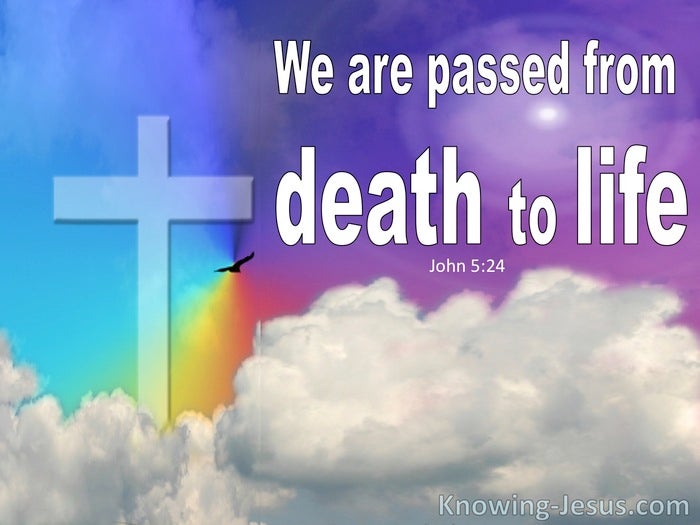 One major debate within Christian circles is the question of whether or not a Christian can lose his or her salvation. Arminians argue that true believers can sin so much that they lose their faith and perish. Some Christians respond by arguing that once a person professes faith in Jesus, he is eternally secure in his salvation and—even if he commits complete apostasy (“falls away”) and vocally rejects Jesus Christ—will still go to heaven, for “once saved, always saved.” In light of the biblical doctrine of predestination, how should we understand the security we have under God’s care? There have been three main approaches to the question:

• One must persevere in faith to be saved.

• True believers can lose their faith.

• Those dying without faith in Christ are condemned.

“The believer who loses his faith is damned.”

• One need not persevere in faith to be saved.

• True believers can lose their faith.

• Those who lose their faith are saved, since they once believed.

“The believer who loses his faith is saved.”

• One must persevere in faith to be saved.

• Those dying without faith in Christ are condemned.

• Those who “lose” their faith never had it to begin with.

• God will preserve true believers and they will be saved.

“The ‘believer’ who loses his faith never really had it—or at least it wasn’t in Jesus.”

Proponents of the first two approaches quote biblical references, but each must strain to explain away the other group’s biblical data. How can an Arminian read Romans 8, then tell true believers that they may screw up and go to hell??? Then again, how can Charles Stanley read Hebrews 6 and 10 and tell unbelievers who once professed faith not to worry, that they will be saved??? Any true biblical teaching must “fit” with ALL the biblical data, without pitting one text against another and without having to explain away a single “jot or tittle” of God’s inerrant Word. I believe that only the classical Calvinist model takes into account all of the biblical data.

Arminians are right when they say the Bible teaches that only those who persevere will be saved, and they’re right in accusing Antinomians of easy-believism and cheap grace. Antinomians (they wouldn’t use the term) are right in telling committed believers that they are secure in Christ and “once saved, always saved.” But both of these views are wrong is assuming that a true believer can lose his faith and fall away from Christ. Faith is “a gift of God—not by works, lest any man boast.” Paul was confident that, since Christ had begun a good work in believers, He would continue that work until completion (Phil. 1). John said that those who fell away were never really true Christians, since true believers don’t leave the faith (1 John 2:19).

Scripture teaches that believers must persevere until the end, but also that believers will persevere until the end by God’s grace. As the Westminster Assembly concluded, Christians might temporarily yield to Satan’s temptations, even to excess, but like Peter when he denied Christ three times, God will still restore and preserve the faith of the Christian, a faith which God gave in the first place! Peter went on to be chief among the apostles! Two biblical principles must be held side-by-side:

1. You Must Persevere until the End: God’s Requirement of His People

God does not merely command us to begin to believe for a time, and then fall away. He requires us to continue to believe until the end, living lives of repentance and covenant faithfulness. Granted, He does not ask for a perfect faith, but He does ask for a real faith, one that produces real, lasting change.

2. You Will Persevere Until the End: God’s Preservation of His People

We will persevere because God preserves us. God will keep us from falling—not one will be lost of all those who belong to the Son. True believers are not able to leave Christ, for Christ is at work within them.

This first set of texts cannot be used to refute the second (Arminianism); nor can the second set of texts be used to refute the first (cheap grace). The point that makes the two compatible is the biblical teaching that faith (while commanded of everyone) is a gift from God to His elect. If faith is simply a human action of a free will, then it can be lost. But if saving faith is God’s gift, then it cannot be lost. Can professing Christians fall away? Yes, and they will perish. Can true Christians fall away? No, for they are kept by the invincible power of God in Christ. The Bible teaches us that professing Christians who leave the faith were never truly believers (1 John 2:19; and notice the qualification even in Hebrews 10:39).

“They, whom God hath accepted in his Beloved, effectually called, and sanctified by his Spirit, can neither totally nor finally fall away from the state of grace, but shall certainly persevere therein to the end, and be eternally saved.” —Westminster Confession of Faith 17.1, drafted by the Westminster Assembly at the request of the British Parliament 1643-47

THE BAPTIST CONFESSION OF FAITH 1689

Of Repentance unto Life and Salvation;

Of the Perseveraance of the Saints

Loss of Assurance by Joel Beeke for Ligonier Ministries

The Doctrine of Assurance: Part 1 – Can I Really Be Sure? by John G Reisinger

The Doctrine of Assurance (eBook) by A W Pink

The Doctrine of Perseverance: The Earnest Pursuit of Assurance by John Piper