What was the Council of Trent? Summary, Timeline & Significance

Justification was the toughest theological question that the assembled bishops tackled. A few wanted to condemn Luther’s views without any explanation, but the rest felt that if you condemn someone else’s theology, you should explain why. 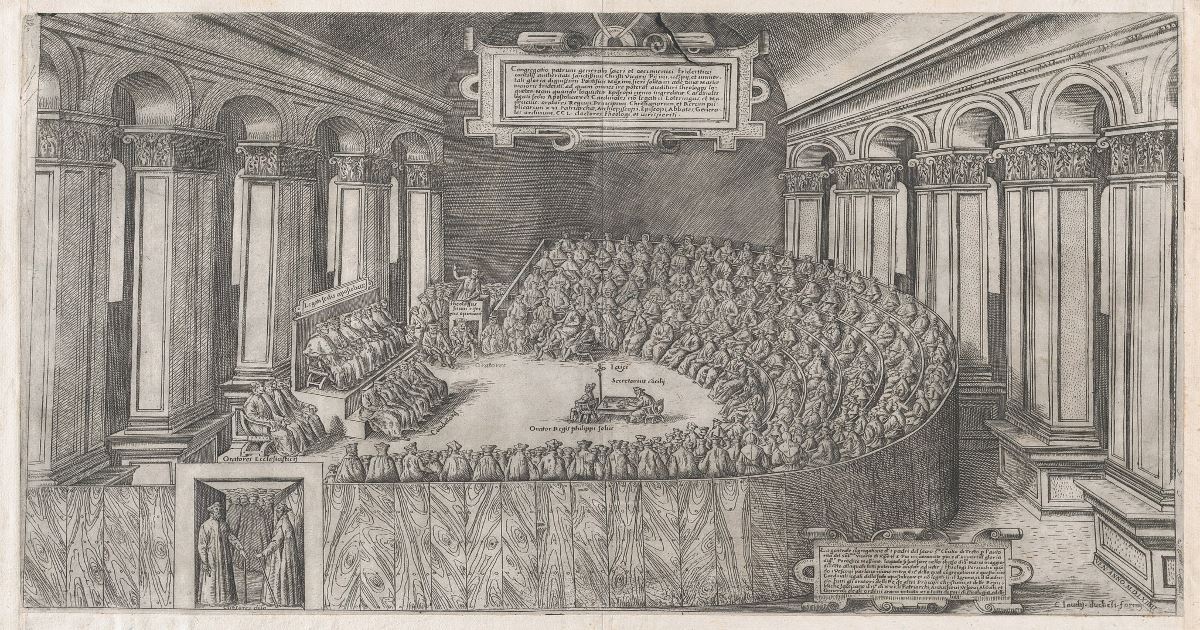 Have you ever assembled an engine kit? If you have, you can understand what the Council of Trent accomplished on this day, January 13, 1547, when it approved a decree on justification (the way God puts us right with him when we have sinned). It took them months of hard work and was more difficult to assemble than a complicated model.

The Council of Trent

The Council of Trent, held in an Italian city of that name, came about largely because of Martin Luther. Luther protested that the Roman church was corrupt. Christians were taught things that had no support in scripture, such as that they could buy indulgences to get souls of loved ones out of purgatory. Against this, Luther argued that justification is by faith alone. As a result, whole nations left the Catholic church.

The popes saw that Luther needed to be answered, but they had trouble assembling enough bishops to hold a council. Twenty years passed. When a council finally met at Trent, it was because Emperor Charles V, who ruled much of Europe, insisted on it. He thought that the best chance of winning the Protestants back to Catholicism was for the church to clean up its act. The pope did not agree. Seeing Protestant ideas as heresy he wanted only to define Catholic doctrine and condemn the heretics. The council finally did a bit of both, switching back and forth between theology and reform.

Justification was the toughest theological question that the assembled bishops tackled. A few wanted to condemn Luther’s views without any explanation, but the rest felt that if you condemn someone else’s theology, you should explain why. They knew that this was going to be hard to do because Catholics themselves did not fully agree on justification. Thomists emphasized God’s action, Scotists human feeling, and Martin LutherAugustinians faith.

There were personality clashes making it hard to obtain agreement, too. Sanfelice overheard Grechetto mutter that he was either a knave or a fool. Sanfelice asked him what he had said. Grechetto repeated his remark aloud. Sanfelice seized him by the beard and shook him so hard that hair came out in his hand. He was locked up and excommunicated, but Grechetto pleaded for his liberty.

(1) What is meant by justification?

(2) What brings it about–what is God’s part and what is man’s?

(4) Do works play a role before and after justification, and what is the role of the sacraments?

(5) Describe the process of justification, what precedes, accompanies and follows it.

(6) What proofs support Catholic doctrine? Another question also arose: is it possible to know with certainty that one is saved?

It took sixteen congregations (meetings where each bishop stated his opinion and cast a vote) to reach a decree. (By contrast, the doctrine of original sin took only three congregations.) The doctrine of Justification was issued as sixteen chapters followed by thirty-three binding statements or canons, aimed against Protestant ideas. All the same, Luther’s thought influenced the work. The council had read his books. Luther had been an Augustinian and it was an Augustinian who drafted the council’s final position.

The council decided that grace is necessary at each step of justification. However, man’s free will must cooperate. Justification is more than forgiveness of sins: it is God’s ongoing process of making a person new and good. Faith is not the only condition of salvation although it is its beginning, foundation, and root. In order for the grace of justification to grow, we must obey God’s commands. The council also decided that justification can be lost by certain sins and that no man can be sure that he will be finally saved.

Results of the Council of Trent

The Council declared condemnations of what they determined to be heresies enacted by advocates of Protestantism and furthermore announced major declarations and explanations of the Church’s creed and teachings, including scripture, the Biblical canon, sacred tradition, original sin, justification, and salvation. The Council joined for twenty-five sessions between the December of 1545 and December of 1563.

The outcomes of the Council were also important in regards to the Church’s liturgy and practices. During its discussions, the Council made the Vulgate the official example of the Biblical canon and authorized the creation of a standard version, although this was not completed until late in the 16th century. In 1565, a year after the Council concluded, Pius IV announced the Tridentine Creed and his heir Pius V then issued the Roman Catechism and updates of the Breviary and Missal. These then led to the codification of the Tridentine Mass, which continued as the Church’s main method of the Mass for the following four hundred years.