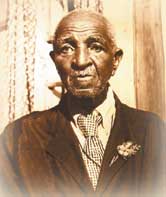 After George Washington Carver died on this day, January 5, 1943, he became only the third American up to that time to have a national monument erected in his honor. He earned that tribute by overcoming formidable obstacles and disappointments.

To begin with, he was born a slave. During the Civil War, slavers kidnapped his mother and him, but because George had whooping cough, they abandoned him. George’s owner, Moses Carver, gave a horse to the man who brought the boy back; and his wife, Susan, nursed the child back to health. George built quite a local reputation as a plant doctor.

But Carver wanted to know things. He watched what people did and imitated them. From a Webster speller, he taught himself to read.

The Emancipation Proclamation freed all slaves. George stayed with the Carvers until he was fourteen, then left home to seek an education. Fortunately for him, he became acquainted with a Christian couple who made a Bible student of him. Thereafter, scripture was his reliable guide to his dying day.

George wandered the midwest, working, saving a little money, going to school, and then working again when pennies ran out. Usually he supported himself by washing clothes, but he also taught himself to paint with homemade paints and won honorable mention for his art in the 1893 World Exhibition. He tried homesteading, but it didn’t work out.

Some schools slammed their doors in his face because he was black. Simpson College and Iowa State did not. He stood at the head of his classes. Iowa State made him an assistant professor and he did original research. Yet he longed to do more to help his own people. That’s why when Booker T. Washington asked him to join Tuskegee Normal and Industrial Institute in Alabama, Carver jumped at the chance, although it meant a reduction in working conditions.

The work that he did there, training poor farmers, black and white; the synthetic products he developed for crops; the testimony he gave in the US Senate are well-known.

Carver was a success. But he’d be the first to tell you it was because of the Lord. “I have made it a rule to go out and sit . . . at four o’clock every morning and ask the good Lord what I am to do that day. Then I go ahead and do it.”