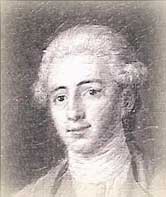 Some years ago, missionary E. P. Scott went to India. He set out to visit a remote mountain tribe which had never heard the name of Christ. As he neared their land, he was suddenly surrounded by a savage band of warriors, all pointing their spears straight at his heart. Expecting a quick death, the missionary pulled out his violin and began playing and singing in their native language the hymn “All hail the power of Jesus’ name.” He reached the stanza that reads:

The natives lowered their weapons and some were in tears. E. P. Scott spent the rest of his life ministering to these primitive people.

The hymn which so effectively moved this Indian tribe is often referred to as the “National Anthem of Christendom” and has been translated into almost every language where there are Christians. The author of the hymn, Edward Perronet was the descendent of a French Huguenot family which fled first to Switzerland and then to England to escape religious persecution. Perronet was a pastor who worked closely with John and Charles Wesley for many years in England’s eighteenth- century revival.

At that time, Methodists were savagely persecuted. According to John Wesley’s diary, Edward did not escape his share of abuse either. “Edward Perronet was thrown down and rolled in mud and mire” at Bolton, he wrote.

Edward was uneasy about preaching in front of John Wesley. Wesley urged him to do so several times. Finally, Wesley forced the issue. He announced that Brother Perronet would speak the following week. A week later, witty Edward mounted the pulpit and declared he would deliver the greatest sermon ever preached. He then read Christ’s “Sermon on the Mount” and sat down!

During his life, Edward published three volumes of Christian poems, including a poetic rendering of the Scriptures. Shortly before he died on this day, January 2, 1792, his last words were,

The Plan to Replace God »
« Helping vets ‘get comfortable being uncomfortable’