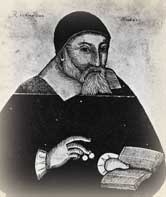 When the Puritans arrived in New England, they were sure that the best form of government was to be found in the practice of the early church. They attempted to live out their ideas, designing their civil government around their faith. In doing so, they made immense strides toward popular government and freedom. However, they did not solve all the problems of self-government in one leap. To vote in civil elections, for instance, you had to be a member in good standing of the church. But among 15,000 whites living in Massachusetts, only about 1,700 had ever become citizens; and, because some of them had left the colony or died, perhaps only one person in twenty had the right to vote.

For the most part, Christians other than Congregationalists could not touch the levers of government. They were not members of the ruling church. After Anne Hutchinson was booted out of the Massachusetts, English religious leaders made inquiries into religious practice in New England, forcing its leaders to explain and defend their way of running things. That inquiry helped bring about the Cambridge Synod.

In 1646, the General Court of Massachusetts summoned Congregationalist pastors to a conference to be held across the Charles River from Boston in Cambridge, Massachusetts. So independent-minded were individual churches, that the summons had to be reworded as an invitation before some pastors would attend. On this day, September 1, 1646, delegates from the Congregational churches of Massachusetts and some of the surrounding colonies met. This is known as the Cambridge Synod. It met three times in three years.

At issue at hand was not only whether Presbyterians would be allowed a say in church affairs, but who would control the colony–the Parliament in England or free men in the colonies. A committee was assigned the task of working out details and eventually Richard Mather wrote the seventeen-chapter Cambridge Platform. Through it, the Cambridge Synod hoped to establish a consistent practice throughout the colony.

One of the most telling sections of the finished Platform was chapter XVII section 6. “It is the duty of the magistrate to take care of matters of religion and to improve his civil authority for the observing of the duties commanded in the first [section]…” (The first section that is referred to, obligated church attendance.) There would be no separation of church and state yet. Although elders were elected by the people, they were given final say when their congregations disagreed with them.

Despite protests from their own members, the Congregationalists adopted the Platform. However, there was no way to force its decisions on local churches. And since New Englanders had learned to control their own destinies through their own votes (however limited the franchise), the Platform gradually fell into neglect.

Meanwhile, the New England policy excluded some men of worth. William Vassall came to Massachusetts in 1628, with a background that was either Presbyterian or Church of England. He felt that he and others like him should have a say in the colony’s affairs although they were not Congregationalists. His suggestion was that all Presbyterian and Church of England members be admitted to communion with the New England church. In 1646, the year of the Cambridge Synod, he sailed back to England where he supported a bill for liberty of conscience. When William Vassall did not get the relief he wanted, he resettled in Barbados.

Fear of Thee »
« “What is the biblical doctrine of illumination?”