The Relentless Pursuit of a Good Name 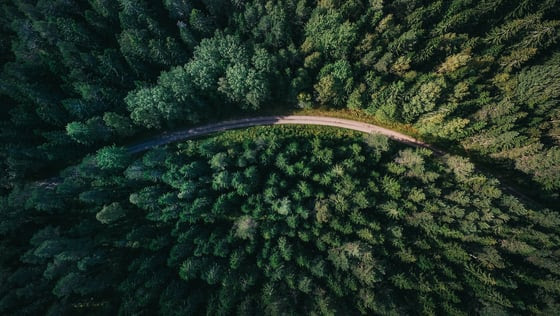 If you have ever had someone say to you or overhead someone say about another “I thought you {they} were a Christian you understand how important our daily walk is. We may think only God sees our every move but trust me others are watching closely just waiting for an opportunity to pounce. In this article Pastor Chung here brings out some very good points.  – Mike

The Relentless Pursuit of a Good Name

A successful man cares intensely what others think of him.

Solomon writes, “A good name is to be more desired than great wealth. Favor is better than silver and gold” (Prov 22:1). Solomon speaks of intense desire. Silver, gold, and wealth—these are things over which nations war and men die. Yet Solomon urges us to have even greater wells of desire for a good name.

In ancient times, your name carried tremendous meaning. It was, essentially, the sum and substance of who you were. It represented the entirety of your character.

So, what is our name synonymous with? What is the first thing that comes to people’s minds when they hear our name? What is identified with our name at work, at church, or at home?

And of all our reputations, our reputation amongst our own family is the most important. That’s because how we behave in the privacy of our home is the truest reflection of our character. If we were to ask the members of our family what we were known for, what would they say? Would we be known as the selfless one? The patient one? The sacrificial one? Or the lazy one? The selfish one? The impatient one? The immature one? The most important reputation we will ever have is the one we earn at home.

So, what is the critical factor that determines and defines our reputation? Is it our actions? Our character? Our attitude? While these are important, the most critical factor is time.

Our reputation is the average of our life over time

We can’t simply focus on the isolated low’s or high’s of our life. We can be selfless on a given day, but are we selfless over time? We can be kind for a moment, but are we kind day after day after day? We may have a flash of selfishness, but is that the tone of our character over time? The consistent pattern of our lives is the driving factor that establishes our reputation.

However, we can permanently mar our reputation with certain sins. There are sins so grievous that they having lasting ramifications upon a man’s reputation. Having said that, for the most part, we are defined, not by one or two incidences, but by time.

Why do I say that?

In Philippians 2:22, Paul writes about Timothy’s proven worth. The word proven means to go through a testing process, to be taken through an ordeal. Notice that Timothy’s reputation was not defined by a single failure or single success. This was a man who had been tested by the seasons of time. His character had been tested by adversity and prosperity, through the good times and the difficult times. And the years had proven his worth.

The greatest contribution we can make toward our reputation is to live out our faith. Doing what is right, moment by moment, day by day, year after year is the path to the good name that Solomon speaks of. Reputations are not built overnight, rather they are etched by the hands of time.

Having said that, what are some practical ways in which we can earn a good name for ourselves?

FIRST, GO ABOVE AND BEYOND, AND THEN PROTECT THAT WHICH WE HAVE BUILT.

A good name, according to Solomon, is valuable. More valuable than silver and gold. What do people do with gold and silver? They acquire it and then lock it up. Why? Because you guard that which is valuable.

But the corollary is this—things which are valuable are often fragile. Thus, we need to do everything we can to build our name and then to safeguard it. The secular world understands the principle of going above and beyond, and then protecting that which they have built.

Here is an example.

In the 1980’s, Toyota was known for manufacturing reliable, economic cars for the masses. Meanwhile, European brands such as BMW and Mercedes dominated the lucrative luxury sports sedan market. But, in 1989, Toyota launched what would one day become one of the most profitable, respectable, and recognizable brand identities in the world. That brand was Lexus. Toyota’s goal was to gain market share in the impossibly competitive luxury sports sedan market.

But Lexus was a division of Toyota, and Toyota was known for economy cars marketed to the middle and lower classes. How was the maker of Corolla ever going to compete against the high-end, well-entrenched powerhouses of Mercedes, BMW, Jaguar, Lincoln, and Cadillac?

For nine years, Toyota spent an unprecedented $1,000,000,000 creating one car, the LS 400. They assembled 24 engineering teams dedicated to working on that one car for nearly a decade.

Those 24 teams developed 450 prototypes before they ever built the actual car. They were not satisfied until they had gotten every detail right. Toyota took all the best qualities of their competitors, improved on the technology, and then incorporated it into their LS model. For 15 months they relentlessly tested the first car on the Autobahn, and they engineered it such that the occupants could have a normal conversation while traveling 150 miles per hour down the Autobahn.

Their objective? Topple the Mercedes S-Class, the market leader. Their goal was not parity, it was superiority.

Having surpassed anything that any company had ever done in automotive history, Toyota, in 1989, launched the Lexus 400.

Then, in 1990, Lexus was devastated. It had to recall every single car they had sold because of a faulty cruise control and a faulty brake light housing. The name that Toyota had spent the last decade building was on the brink of being lost.

But Toyota was relentless.

They personally contacted every single LS 400 owner and arranged to pick up the cars at the people’s homes. They quickly corrected the problem, and then returned the vehicles with a full tank of gas and fully washed. They went above and beyond to protect their good name. What happened next? The original LS 400 owners remained loyal to the brand, and Lexus soared to the top of J.D. Powers’ quality and sales satisfaction index.

Two years after its launch, Lexus toppled the Mercedes S-Class and became the number one luxury import in the U.S. What was their slogan? Lexus, The Relentless Pursuit of Perfection. For nearly 30 years, they have lived up to that motto. They are consistently one of the most well-recognized, well-respected, and most trusted brand names. That’s because over the course of time, they have done everything they can to build their reputation and then protect it.

If we want a good name, we have to go above and beyond as if we are doing it unto the Lord, and then do everything in our power to protect that name.

SECOND, UNDER PROMISE AND OVER DELIVER.

Jesus said, “What do you think? A man had two sons and he came to the first and said, ‘Son, go work in the vineyard,’ and he answered, ‘I will not,’ but afterward he regretted it and went. The man came to the second son and said the same thing and he answered, ‘I will, sir,’ but he did not go, which of the two did the will of his father?” They said, “The first” (Matt 21:28-30).

First impressions are easy to make. That second son made a wonderful first impression. He didn’t just say, “I will;” he said, “I will, sir,” to his father. It’s easy to make promises, to talk ourselves up, to boast of past accomplishments. But nothing disappoints more than unfulfilled expectations. We must let our actions speak on our behalf.

Many men have talked big, but over time they fail to live up to their words. It is rare to meet a man who you grow to respect more and more as you see more and more of his life. It’s hard to do. It requires a depth of character.

THIRD, BE FAITHFUL IN THE LITTLE THINGS.

Show me a man who has an excellent reputation, and I will show you a man for whom no job is too big or too small

There are three preaching pastors at Grace Community Church, all of whom began at Grace by faithfully buying doughnuts for their Bible Studies. They were faithful in the little things, thus they’ve been entrusted with greater things.

If there’s conflict with us and someone else, that person ought to go to the top of our prayer list. We pray for them. As far as possible, be at peace with all men.

FIFTH, WHOM YOU ASSOCIATE WITH MATTERS.

Paul writes, “Do not be deceived, bad company corrupts good morals” (I Cor 15:33). When we do laundry, you separate the dark load from the white load, because if you don’t, the colors bleed and stain the white clothes. Over time, the white loses its brilliance. If we are identified with the wrong people, their bad names will rub off and stain our good ones. Even worse, their bad company will begin to corrupt our good morals.

BUT DOES IT REALLY MATTER?

Does it really matter what people think of us? Shouldn’t we only care what God thinks of us? The answer is yes; it does matter what people think about us. There are very real consequences related to our reputation, and that’s equally true outside the church and inside of the church. A good name is required for elders (1 Tim 3:1-7), deacons (Acts 6:3), and even for widows who are supported by the church (1 Tim 5:9-10).

Our names will travel in circles in which we do not. Our names will enter high-powered meetings occupied by people of influence, position, and power. Our names will go into meetings that we would never be invited to. As you read this, your name might be brought up in a meeting or discussion for the next ministry opportunity or job promotion.

Our names will either open or shut doors. We ought to think of our names as a name brand—are we the Rolexes or the Timexes of society? It does matter.