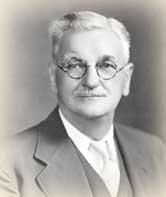 In 1938, when friends urged Robert A. Jaffray to stay in his Canadian homeland, which he was visiting, he refused. Yes, he sensed that war was imminent in the Pacific. But he meant to die in Asia, in the East Indies, because that is where his heart was.

Robert was the heir of the owner of the Toronto Globe. He himself became a successful insurance salesman. After he became a Christian at age 16, Robert began to feel God’s call to foreign missions. He spoke to his father, who demanded that he give up the impractical idea. Robert had heart problems and diabetes. What could he be thinking about? The older Jaffray was willing to allow his son to become a leader in the Canadian Presbyterian church, but when Robert insisted on enrolling in A. B. Simpson’s New York mission school, his father flatly declared that Robert would not have a penny of help.

Robert worked his way through school. Then he went to China. For 50 years, he served as a missionary in Southeast Asia, studying maps, praying constantly, and working non-stop to extend God’s kingdom into regions where the Gospel had never been heard.

In order to take the strain off his heart, he had a desk made that he could pull over his bed rather like a hospital tray. He usually rose at four in the morning to begin the work.

Wherever Robert and his co-workers won souls, he insisted that a church be formed to hold the new converts together. He also insisted that those churches be given self-responsibility and organized to run themselves. The results were similar to those described in the Bible in the Acts of the Apostles, with great growth and much persecution. As soon as possible, Robert planted Bible schools to train the new Christians, and printed material to support their Christian endeavor.

Robert’s work was hard and dangerous. Once he and other missionaries were captured by Chinese bandits. The bandits demanded money to let them pass. Made bold by Christ, Robert demanded their support instead. Christian missionaries were funded by others to carry God’s word, he explained. The missionaries were forced to march into the hills. But the bandits respected Robert. He wondered if his heart would endure the strain, which left even the rugged bandits exhausted, but his health actually improved. He spoke many times to the robbers about Christ, and the hardened men and women actually wept. Finally they sent him to fetch a ransom.

Later, Robert and his associates were used by God to open a major work in Indochina, where they witnessed thousands of conversions and powerful miracles. Late in Robert’s life, God impressed him that he must open a mission field in the West Indies. This flourished despite the Great Depression. Because workers were scarce, Robert began to use Chinese missionaries.

The Japanese captured Robert while he was there. For a year they housed him in a camp with his wife and daughter, but then moved him to a men’s camp whose buildings once housed pigs. The men suffered dysentery. Shortly before his death, Robert was transferred to an even worse camp. He died on this day, July 29, 1945. The missionary beside him said later, “One of the great blessings of my life was the privilege I had of being interned with Dr. Jaffray on the island Celebes. I learned to love him as a great man of vision and faith.”

Called to Minister., Really? »
« This Too Shall Pass