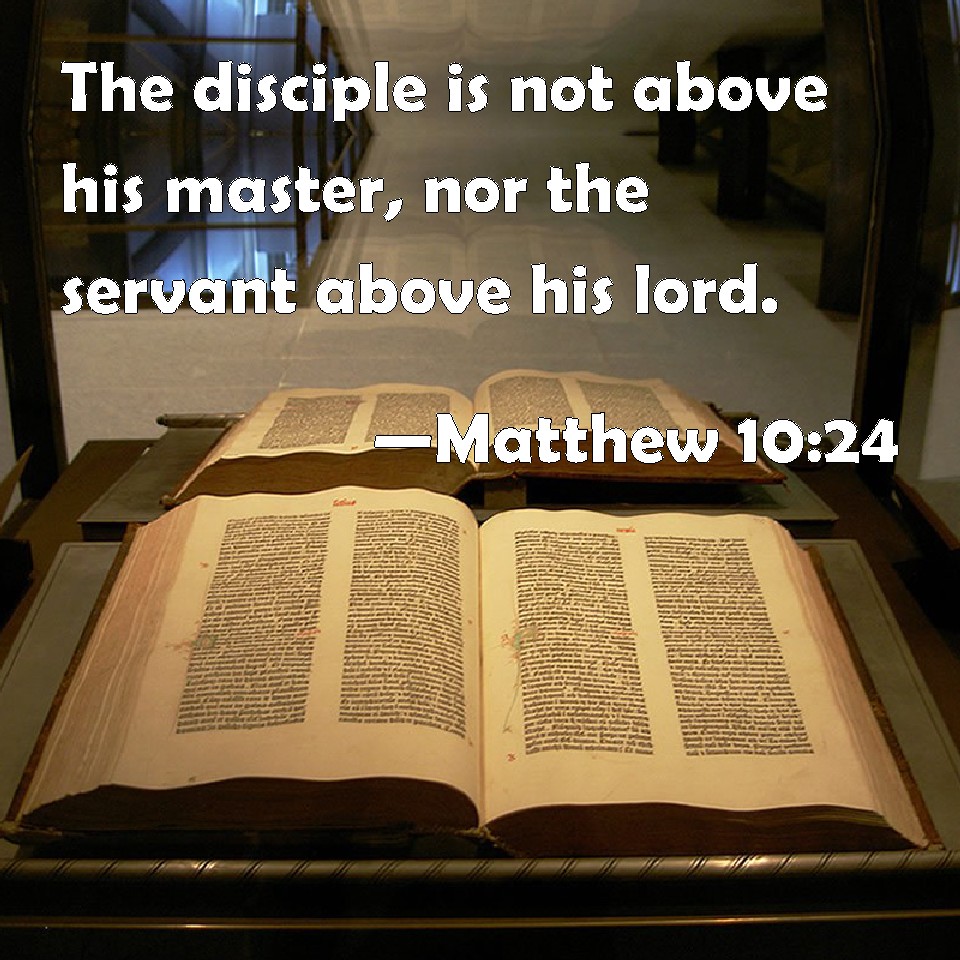 This verse comes towards the end of what most bibles headline something like ‘future persecutions’ (Matthew 10:16-25). Jesus is instructing the Apostles on what to expect as they go forth into the world.

If they think that life will be easy they are wrong, If they think that just because they have been endowed with special gifts from the Holy Spirit that those they meet will welcome them they are wrong. In fact Jesus makes it clear they will be persecuted just as he is and was persecuted. We who are Christ’s disciples are not above Him in any manner, that includes the trials and turmoils of this life.

The disciple is not above his master
So far from it, that he is inferior to him; as in knowledge, so in reputation and character; and cannot expect the same honour to be given him, and the same respect shown to him, as to his master; and therefore if his master is not used with that decency, and in that becoming manner he ought to be, he must not think it any hardship if he is treated in the same way. Our Lord hereby intends to fortify the minds of his disciples against all the reproach and persecution they were to meet with from the world, by observing to them the treatment he himself met with; wherefore, if he who was their master, a teacher that came from God, and taught as never man did, and was worthy of the utmost deference that could be paid, was maligned and evilly treated by men, it became them who were his disciples, to look for, and patiently bear such indignities; since they could expect no better usage than he himself had: the same doctrine is suggested in the next clause,

nor the servant above his Lord;
and both seem to be proverbial expressions. The Jews have a saying F8 much like unto them, (wbrm) (hkz dbeh Nya) , “no servant is worthier than his master”; and Christ might make use of such common, well known expressions, that he might be the more easily understood, and in the most familiar manner convey what he intended, into the minds of his disciples; as, that since he was their Lord, and they were his servants, if his superior character and dignity did not secure him from the obloquy and insults of men, it could not be thought by them, who were inferior to him, that they should escape them.

For What “Good” Is God Working All Things Together? »
« Joy Comes In The Morning