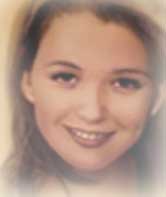 Christian martyrs in 20th century America? It happened on this day, April 20, 1999. When Eric Harris and Dylan Klebold began shooting up their school, they did not fire randomly. In their twisted minds, Athletes, minorities and Christians were the enemy.

“Do you believe in God?” they asked Cassie Bernall. They knew full well she did. The girl who had once indulged in the occult (as the killers now did) had moved into a realm of peace when she learned to center her heart on Christ. She became a church-goer and a worker among those who needed Christ. Often she brought her Bible to school.

She was reading it in the library when the killer pointed his gun at her. Did she believe in God? “Yes, I believe in God,” she replied.

“Why?” asked the boy in the dark trench coat. Without waiting for an answer, he pulled the trigger.

“My God, my granddaughter was a martyr,” said Cassie’s grandma when she heard the report.

And not the only one, either. Rachel Scott, a spiritually-minded seventeen-year-old whose ambition was to become a missionary to Africa, died, too. So did John Tomlin, a sixteen-year-old who had recently gone to Mexico to help with a church project for the poor.

The Sunday before her death, Cassie wrote these words after church:

Now I have given up on everything else I have found it to be the only way
To really know Christ and to experience
The mighty power that brought Him back to life again, and to find
Out what it means to suffer and to
Die with him.
So, whatever it takes I will be one who lives in the fresh
Newness of life of those who are
Alive from the dead.

Called to be set Apart »
« Jesus Became a Curse for Us