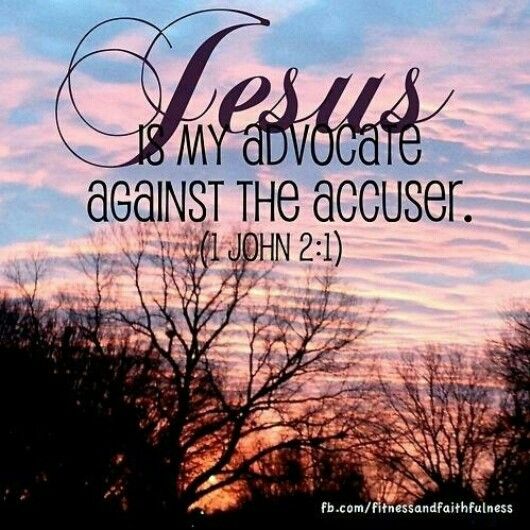 My little children (believers, dear ones), I am writing you these things so that you will not sin and violate God’s law. And if anyone sins, we have an Advocate [who will intercede for us] with the Father: Jesus Christ the righteous [the upright, the just One, who conforms to the Father’s will in every way—purpose, thought, and action]. – 1 John 2:1 AMP

Commentary Critical and Explanatory on the Whole Bible also know as the Jamison, Fausset, Brown Commentary

1. ( 1 John 5:18 .)
My little children–The diminutive expresses the tender affection of an aged pastor and spiritual father. My own dear children, that is, these things–( 1 John 1:6-10 ). My purpose in writing what I have just written is not that you should abuse them as giving a license to sin but, on the contrary, “in order that ye may not sin at all” (the Greek aorist, implying the absence not only of the habit, but of single acts of sin [ALFORD]). In order to “walk in the light” ( 1 John 1:5 1 John 1:7 ), the first step is confession of sin ( 1 John 1:9 ), the next ( 1 John 2:1 ) is that we should forsake all sin. The divine purpose has for its aim, either to prevent the commission of, or to destroy sin [BENGEL].

And, &c.–connected with the former; Furthermore, “if any man sin,” let him, while loathing and condemning it, not fear to go at once to God, the Judge, confessing it, for “we have an Advocate with Him.” He is speaking of a BELIEVER’S occasional sins of infirmity through Satan’s fraud and malice. The use of “we” immediately afterwards implies that we all are liable to this, though not necessarily constrained to sin.

We have an advocate–Advocacy is God’s family blessing; other blessings He grants to good and bad alike, but justification, sanctification, continued intercession, and peace, He grants to His children alone.

Advocate—Greek, “paraclete,” the same term as is applied to the Holy Ghost, as the “other Comforter”; showing the unity of the Second and Third Persons of the Trinity. Christ is the Intercessor for us above; and, in His absence, here below the Holy Ghost is the other Intercessor in us. Christ’s advocacy is inseparable from the Holy Spirit’s comfort and working in us, as the spirit of intercessory prayer.

Righteous–As our “advocate,” Christ is not a mere suppliant petitioner. He pleads for us on the ground of justice, or righteousness, as well as mercy. Though He can say nothing good of us, He can say much for us. It is His righteousness, or obedience to the law, and endurance of its full penalty for us, on which He grounds His claim for our acquittal. The sense therefore is, “in that He is righteous“; in contrast to our sin (“if any man sin“). The Father, by raising Him from the dead, and setting Him at His own right, has once for all accepted Christ’s claim for us. Therefore the accuser’s charges against God’s children are vain. “The righteousness of Christ stands on our side; for God’s righteousness is, in Jesus Christ, ours” [LUTHER].