Today on The Sword and The Trowel, Tom Ascol and Jared Longshore discuss what it means to raise your children in the discipline and instruction of the Lord – particularly in view of education. What are the implications of that regarding the Godless American governmental education system? How do you educate your children in the Christian faith?

Parenting & Government Schools: How To Not Raise Little Pagans

Today on The Sword and The Trowel, Tom Ascol and Jared Longshore welcome Dr. Tom Nettles on the show to discuss what it means to have a theology and philosophy of History as a Christian. Dr. Nettles shares wisdom on how 21st century evangelical Christians should navigate life in the West, in light of what we know from Scripture and also from History. How should God’s greatest historical work, Jesus’ death on the cross, shape the way we live day to day? 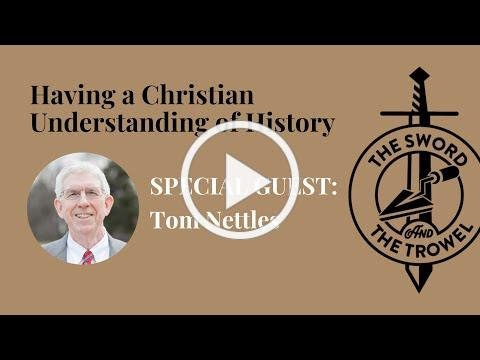 Today on The Sword and The Trowel, Tom Ascol and Jared Longshore discuss John MacArthur’s decision of civil disobedience and the 9Marks response from Jonathan Leeman – how do we think biblically about this? When should we comply with our government and when do we defy tyrants?

The Sword and the Trowel Podcast 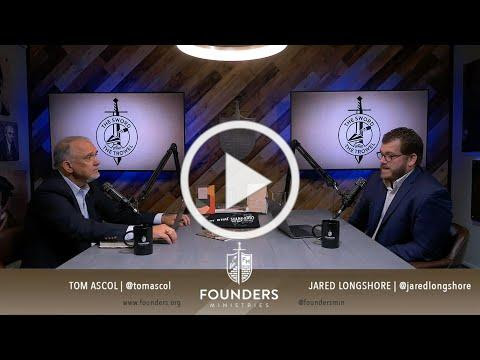 This week on The Sword and The Trowel, Tom Ascol and Jared Longshore discuss the danger of autonomy, Neil Gorsuch and the recent Supreme Court decision for LGBT rights, the rebellion of our culture and a Christian’s calling to be a happy slave.

I was not going to comment on this but with so much being said especially bashing him I felt I should. I am not a HipHop nor Kanye’s West fan, I am a believer in the power of the Blood of Christ to redeem those whom He (God) chooses. I am also convinced that God often chooses the most unlikely (self reflection here) to be one of His own. So KW why not, do I have doubts yes, do I pray they are for not yes, do I pray he can somehow use his celebrity status all for the Glory of God, Amen and Amen. – Mike

Jesus is King: Thoughts on Kanye’s Conversion to Christ

I’ve followed Kanye’s music for years. I’ve also been following Jesus for some years, too. As a lifelong hip-hop fan and follower of Jesus, the news that Kanye West has come to saving faith in Jesus Christ brought me much joy. As I listened to his new album, Jesus is King

, I heard a man who genuinely seems to be on a new journey in life. Indeed, he sounds like a new Christian. Since the release of his album, I’ve been thinking about his conversion. You can find some of those thoughts below.

Are you suspicious of the validity of his conversion to Christ? That’s normal. It’s okay to be there, but you shouldn’t stay there. At some point, you should believe the best in him and celebrate his testimony.

Jesus tells us that we will know a tree by its fruit (Matt. 7:20). Some signs of a genuine conversion are a true turning from sin, a love for God and his people, a love for the Bible, a hatred of sin, and so on. Evidence of Kanye’s conversion will come as he continues to bear the fruit of the Spirit (Gal. 5:22-23). As we see Kanye do these things, we can have genuine confidence in his conversion.

But you can take this too far. You don’t know his heart. Some might say, “Until Kanye becomes a member of a good gospel-centered church, gets baptized, and develops a regular quiet time, then I will believe he is saved.” This is a pharisaical statement putting you in the ultimate position of judge.

When Kanye talks about Jesus, you can see the excitement in his eyes. I’ve watched several hours of interviews of him since his conversion. He does not say all the right things, but that’s okay. Some of the theological statements made in his album are slightly off, but that’s okay. From what I can tell, he seems to be a genuine born again believer in Jesus Christ and for that we should celebrate.

Kanye’s story, in a slight way, reminds me of the Apostle Paul’s story, a man who went from advocating the murder of Christians to becoming a murdered Christian. After Paul’s conversion, the Lord appeared to Ananias in a vision, asking him to go to a certain house to find the Apostle Paul (Acts 9:11-12). Ananias was suspicious, even scared, to associate with him: ”Lord, I have heard from many about this man, how much evil he has done to your saints at Jerusalem” (Acts 9:12). This is a rational response. He was suspicious at first, be he didn’t linger there. The Lord assured him of his plans for Paul (Acts 9:15-16).

It’s normal to expect to see spiritual fruit from Kanye’s life to bear witness to his testimony, but I think we have already seen a glimpse of that with the proper lyrics in his new album and the way he carries himself in recent interviews.

Bottom line: We should believe that Kanye has been converted to Christ until he gives us ample and substantial reasons to disbelieve him.

Maybe you’re not suspicious of Kanye’s conversion to Christ. Perhaps you are, among other things, surprised. Let me ask you: Why? Why are you surprised?

You will reply, “But look at how lost he was. He said and did some of the most disturbing things in the history of music. He has mental heath issues. He’s so full of himself. He’s clearly in love with the things the world has to offer; he even referred to himself as a god at one point. So I just thought he was the kind of guy that would never come to Christ.”

Maybe you wouldn’t say it that bluntly. And no doubt the word “surprised” isn’t always a bad thing, seeing how the word is often used in a pleasant context. Myself, I’ve prayed for some unbelievers for years. At times, I want to give up. If Jesus saves them, because my faith is so low, I will be surprised.

I want to offer two quibbles with this sort of thinking (which I also see in myself).

First, where is our faith in a sovereign God to save? Could it be, for those of us who have our theology in order, we forget the simple wonders of the faith, that Jesus is still in the business of saving souls? Our shallow faith is neither pleasing to God nor attractive to man.

When Jesus saves someone who we think would never come to Christ, the subconscious message that we believe is that they are too bad for God’s grace, but we are not. You believe that somehow your sins are less offensive to God. This is religious self-righteousness. We need to see every sin (although some sins are greater than others) as a horrific offense to the God of the Bible. Even more, we should see ourselves as the worst sinners we know. The more we grow in this gospel humility, the less surprised we will be when others are saved, and the more thankful we will be that we are saved.

The secular media wants Kanye to fail and fall. They want him to do something blatantly sinful to attempt to disprove his conversion or even the validity of Christianity: “See,” the media wants to say, “we told you that this whole Christianity thing is bogus. Look at how Kanye is acting.”

Kanye is a new disciple. He’s learning and growing. Like all of us, he’s going to make mistakes. But his mistakes are seen on a much greater scale. This brings us to wonder how the church can rally around him. Your efforts are limited, since you don’t live in community with him. But you can pray, pray, and pray.

Pray that he will make the local church a priority in his life. Pray that private Bible reading and prayer will become a habit for him. Pray that God saves his wife. Pray for protection from the enemy, his servants, and theirs works. Pray for whatever else comes to mind. The best thing you can do for Kanye is really the best thing you can do for anyone, which is to pray for him.

Kanye is not ready to be a leader in the Christian world. Paul tells us that elders in the church must not be new converts (1 Tim. 3:6), and deacons should first be tested (1 Tim. 3:10). While the immediate context of Paul’s words relates to church government, the broader principle is that those who lead must first be tested and must not be new to the faith. This removes Kanye from the equation —for now.

But that doesn’t mean we can’t celebrate new birth in Christ. Indeed, his zeal for the Lord is contagious, which is often the case for new believers. I’m reminded of this in his song, God is, where he says:

“This a mission, not a show
This is my eternal soul
This my kids, this the crib
This my wife, this my life
This my God-given right
Thank you, Jesus, won the fight.”

The Sword and the Trowel: Kanye West – Rejoice or Doubt? James Commentary & Being Slow to Speak

Today on The Sword & The Trowel, Tom Ascol and Jared Longshore discuss Kanye West and his recent profession of faith. How should we respond when a celebrity claims Christ? Should we doubt or rejoice? They also recommend the Founders Study Guide Commentary on James and discuss how Christians should be slow to speak.