COULD YOU IMAGINE THE LEFT’S RESPONSE TODAY! 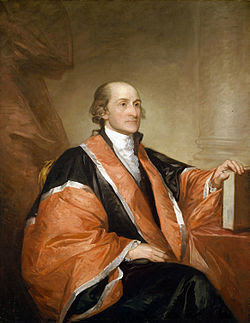 The First Chief Justice of the U.S. Supreme Court, appointed by George Washington, was also President of the American Bible Society.
Who was he? John Jay, who died MAY 17, 1829.