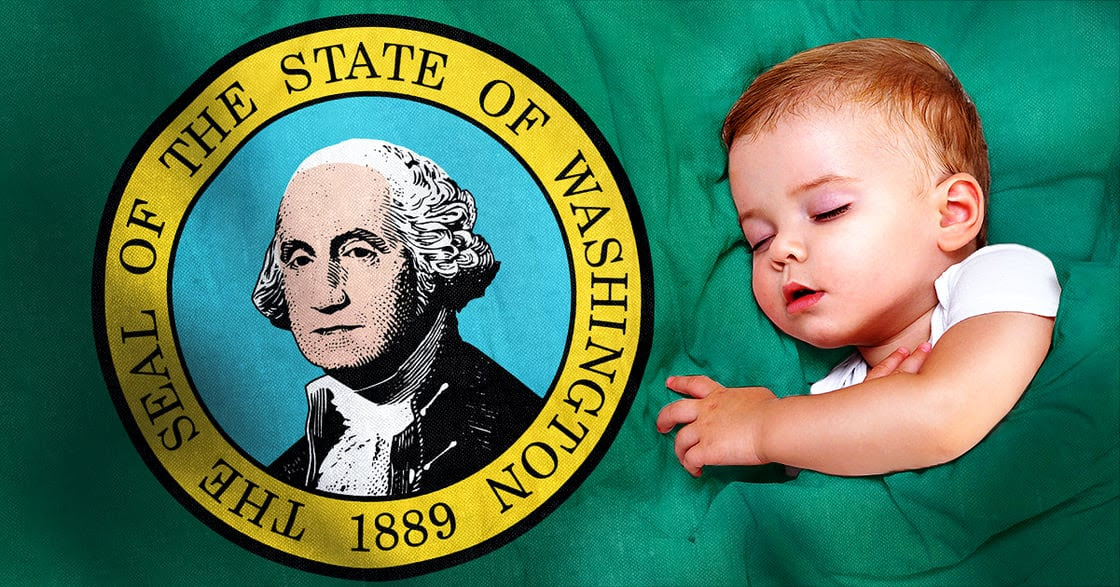 …So, in the process of becoming licensed to care for their own great-granddaughter, the Blaises were asked to react to hypotheticals such as “what if H.V. wanted to undergo hormone therapy to change her sexual appearance,” or “wanted to dress like a boy and be called by a boy’s name.” Again, remember H.V. is a one-year-old… 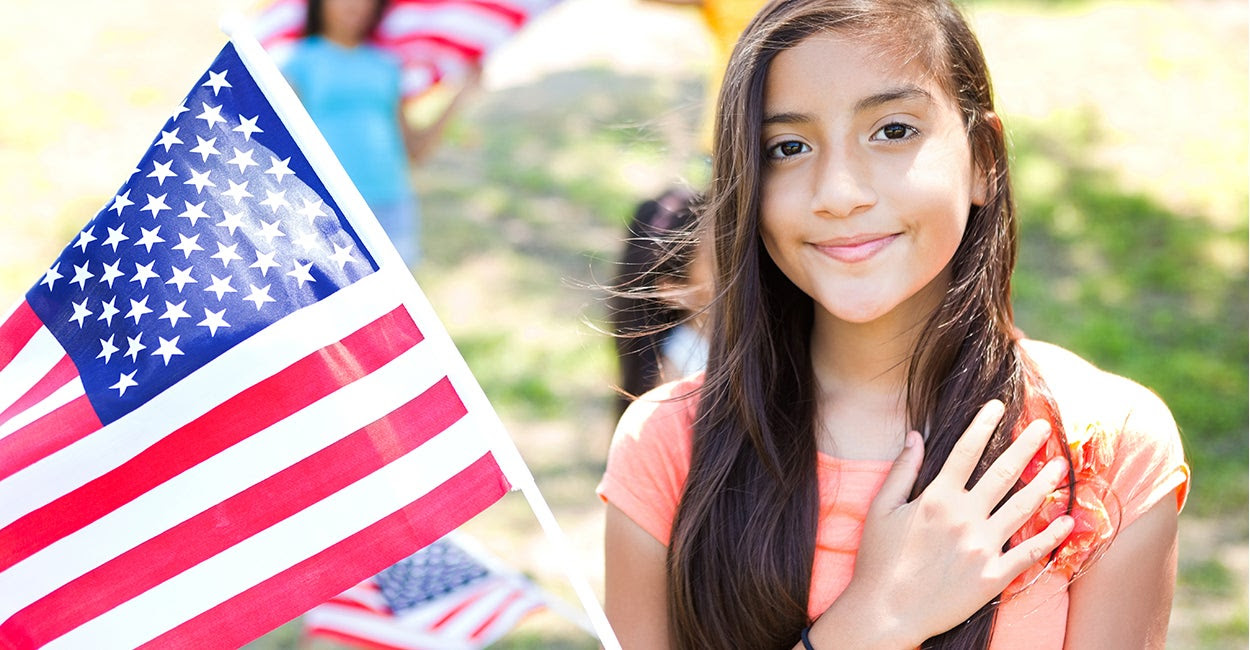 Mom Rachel Gerli, along with friends Alli Pillinger Choi and Britt Riner, founded the online platform Primerrily to offer families the resources to help raise the next generation of American patriots…

Primerrily WEBSITE  To inspire and support parents to raise their children with character-building foundational values and virtues.

Today on The Sword and The Trowel, Tom Ascol and Jared Longshore discuss what it means to raise your children in the discipline and instruction of the Lord – particularly in view of education. What are the implications of that regarding the Godless American governmental education system? How do you educate your children in the Christian faith?

Parenting & Government Schools: How To Not Raise Little Pagans

… Finally, every church should start a school. Family Research Council scholar Joseph Backholm argues that the education and formation of Christian children has been outsourced for so many decades that it should surprise no one when Christian children abandon their faith and family values. If neighbors can start education pods, churches can and must start small Christian schools to meet the most important need for families: saving the souls of their children…

There is no better time to make a change than right now, when public education is in chaos.

What’s that popping sound? Could it be a million figurative light bulbs clicking on above public-school parents’ heads?

The vast majority of American families send their children to public schools. Only 11 percent of children attend private schools, and fewer than 5 percent are homeschooled. And as one school board after another gives the no go signal for the coming school year, families are being thrown into crisis. And yet, the great American entrepreneurial spirit is awakening as parents are forced to rethink education for their children. And that is to the benefit of children and the nation…

The Collapse of the Traditional American Family

The Joint Economic Committee of Congress has just produced an important new study titled “The Demise of the Happy Two-Parent Home.”

The report exhaustively presents data showing the shocking collapse of marriage and traditional family in America and then explores possible explanations for why it has happened. 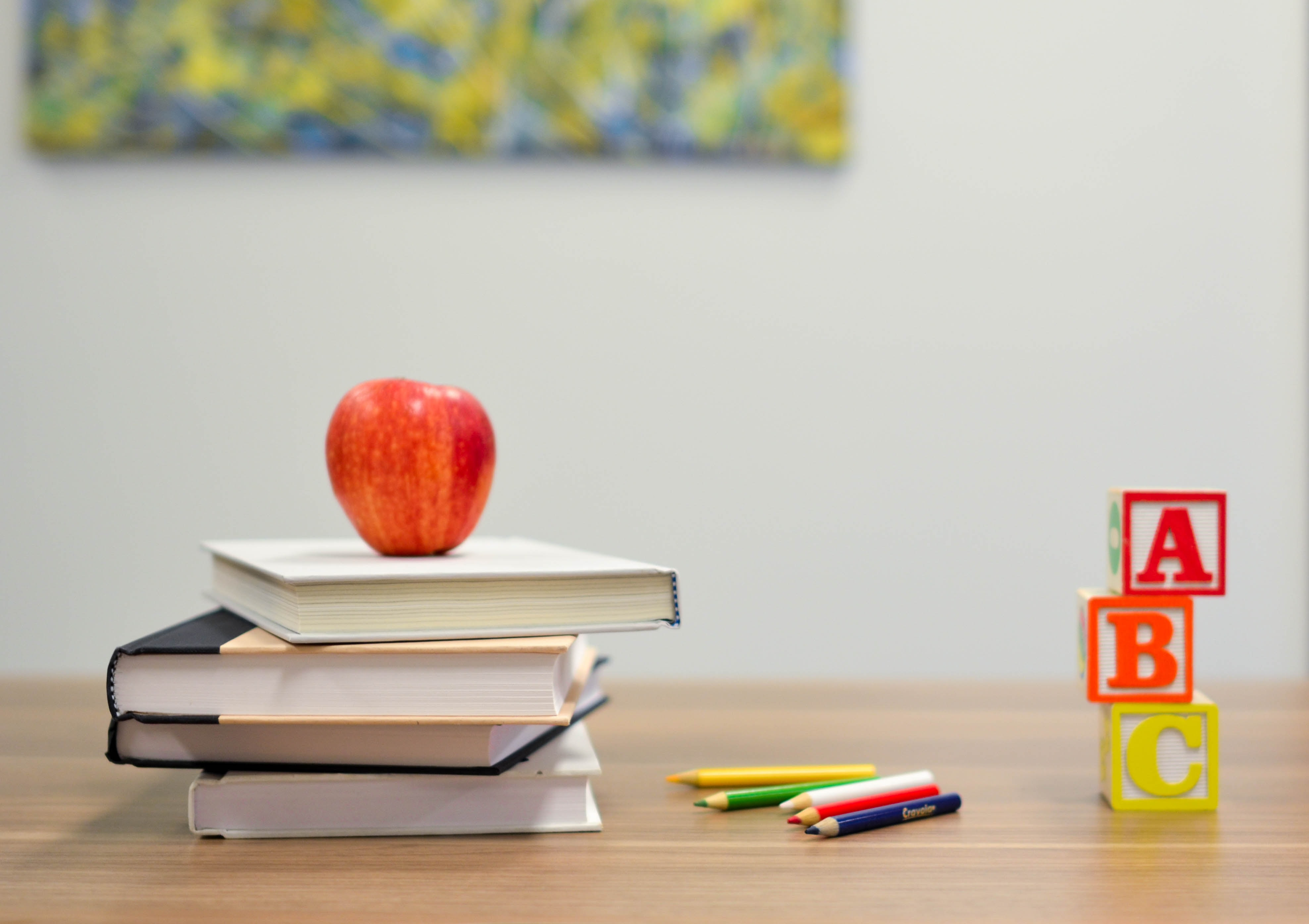 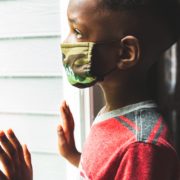 As COVID-19 pushes curriculum content, social issues, and worldviews toward deeper parent scrutiny, the pandemic has opened wide the door for pastors to guide parents through tough decisions about the upcoming school year — and American society is counting on them to do so.

5 things fathers can teach their children this Father’s Day 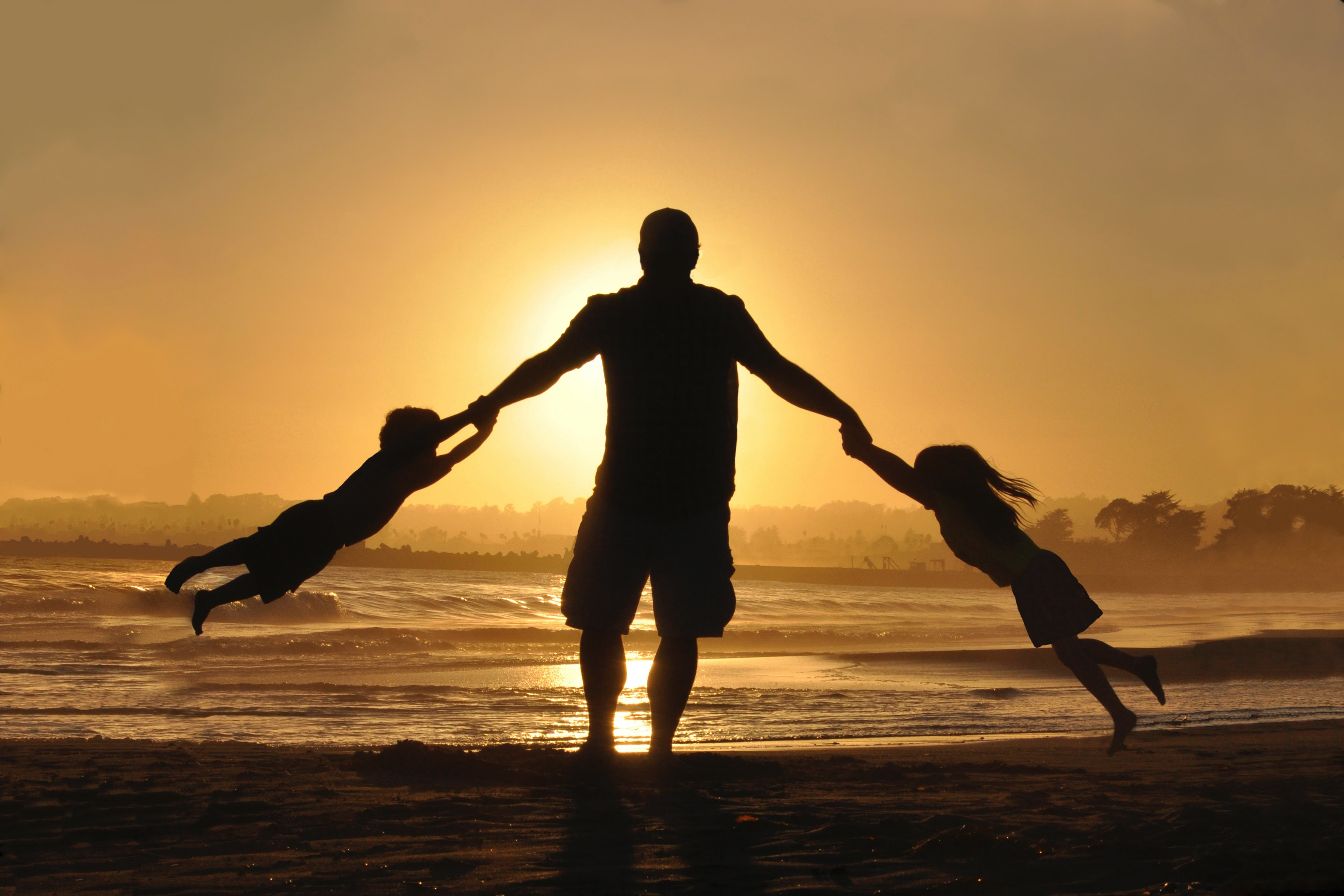 Where are the fathers? A generation ago, the Supreme Court defied the God of heaven and declared legal the murder of our babies—and our fathers were silent. When the Ten Commandments were declared to be poison to our children’s minds—our pastors were silent. When the courts and culture continue to attack God’s model for family by redefining marriage and human sexuality, why is there such continuing silence?

At the American Pastors Network, we believe that God’s judgment on our nation is in part because fathers and pastors a generation ago refused to oppose evil and actively resist tyranny. The question is, what will our pastors and we as fathers do now? As Mordecai said to Esther of old, if we are silent now, evil will prevail, and freedom will be lost.

Father’s Day’s a good time to consider God’s expectation for fathers. As a father of six and grandfather to 14, I’ve thought much about my role and the fact that fathers create our children’s first image of God. Men, are we demonstrating that God is faithful, loving, patient and kind? Is our discipline consistent and just? Are our children learning God’s protection and provision of needs? Does our love for our wives model Christ’s love for the Church? Do we teach the fear of God in our home by living in the fear of God ourselves? Do we focus on character building in our children to live and think like Christ so His character and nature will be seen through them? Imagine the impact in our homes and our culture if we did.

Fathers hold the key to our families and nation. In Deuteronomy Chapter 6, God told fathers to teach our children five things… Why She Is Wrong

In a drawing that illustrates an article in the most recent Harvard Magazine, a sad homeschooled girl sits imprisoned in a house made of books labeled “reading,” “writing,” “arithmatic,” and “Bible.” Outside, children happily play, skip rope, and run races. The image must have seemed strange to the many homeschool families who, unlike the editors, know how to spell “arithmetic” and who, unlike many educational professionals, tend not to separate out-of-class activities from learning.

The article, on the other hand, in which Harvard Law professor Elizabeth Bartholet calls for a presumptive national ban on homeschooling, should be alarming.

The article summarized the arguments from a recent Arizona Law Review paper in which Bartholet argues that homeschooling not only violates children’s rights to a ‘meaningful education’ and their right to be protected from potential child abuse, but may keep them from contributing positively to a democratic society.”

To argue her first point, Bartholet must (and indeed does) reject studies, such as the 2010 study published in the Widener Law Review, that conclude homeschooled children reach “levels of academic achievement similar to or higher than their publicly schooled peers.” She singles out the research of Dr. Brian Ray, who’s conducted some of the most extensive studies on homeschooling to date.

Ray’s 2009 survey of standardized test results from more than 11,000 homeschooled students over 25 years from all 50 states, led him to conclude that, on average, “Homeschoolers are still achieving well beyond their public school counterparts—no matter what their family background, socioeconomic level, or style of homeschooling.”

Bartholet dismisses Ray’s research as “advocacy dressed up by science.”

In response to the Harvard article, recent Harvard grads Melba Pearson and Christian author Alex Harris wrote articles dismissing Bartholet’s claims as ideology dressed up as advocacy, pointing out how growing up homeschooled prepared them not only to attend Harvard, but to excel there.

What of Bartholet’s argument that the lack of oversight of homeschooling families can conceal child abuse? Nowhere does Bartholet mention that according to the most widely-cited research, nearly 1 in 10 public school students in the U.S. will be subjected to sexual misconduct by school employees. Of course, public schools are filled with many good and dedicated teachers and workers, but homeschool families are filled with good and dedicated parents.

Let me be clear: Every single case of abuse is horrific, and anyone anywhere who perpetuates such abuse should be stopped and prosecuted. What’s unclear is why, for Bartholet and Harvard Magazine, the outliers in one arena disqualify it, but not in the other.

The reasons behind Bartholet’s highly selective criticism are laid bare when she admits what she thinks to be the real bogeyman of many homeschool families: “a majority of are driven by conservative Christian beliefs, and seek to remove their children from mainstream culture.” Well, there you have it.

Our response to such “extreme religious ideologues,” she suggests, should mirror Germany, where homeschooling is illegal. And, apparently unable to hear herself talk, Bartholet concludes “I think it’s always dangerous to put powerful people in charge of the powerless, and to give the powerful ones total authority.” So, giving the powerful government authority over the education of children will solve the problem of powerful parents having authority over children?

And therein lies the fundamental confusion, one that’s been debated in various cultural contexts throughout history and, that, when gotten wrong has destroyed lives and human flourishing. Does government have unlimited authority, or does it function best by preserving the inherent authorities possessed by other institutions throughout society, especially the authority of the family?

As Princeton professor Robert George pointed out, this article isn’t so much an argument against homeschooling as it for the compulsory secularization of America’s children. This kind of power grab, for which Bartholet advocates and against which George warns, is only made easier when parents surrender their God-given authority and responsibilities to the state. Outsource is one thing. Surrender is another.

This article is just one indication of growing challenges to parental rights everywhere. There are others, including the Summit on homeschooling to be held at Harvard this summer, where Bartholet will be a featured speaker, as well as William and Mary Law professor James Dwyer who once said, “…the reason parent-child relationships exist is because the State confers legal parenthood.”

At root, this isn’t a debate about better or best educational environments or practices. It’s a debate about where our most fundamental rights come from. Those who think the State grants rights seek a legal monopoly on the minds of the next generation. Those who think the State’s job is to recognize rights and protect them look elsewhere for the source of those rights. Who are the real ideologues again?

The Risks of Homeschooling

How to (and How Not to) Homeschool During COVID-19

How to Teach Your Kids the Ten Commandments

Although my ministry primarily sees that I work with adults, I recently had the opportunity to teach a one-hour class on the ten commandments to young teenagers. I provided a handout and back and forth commentary on the subject. Below you will find part of my teaching approach. Feel free to use it and adapt it to your audience. 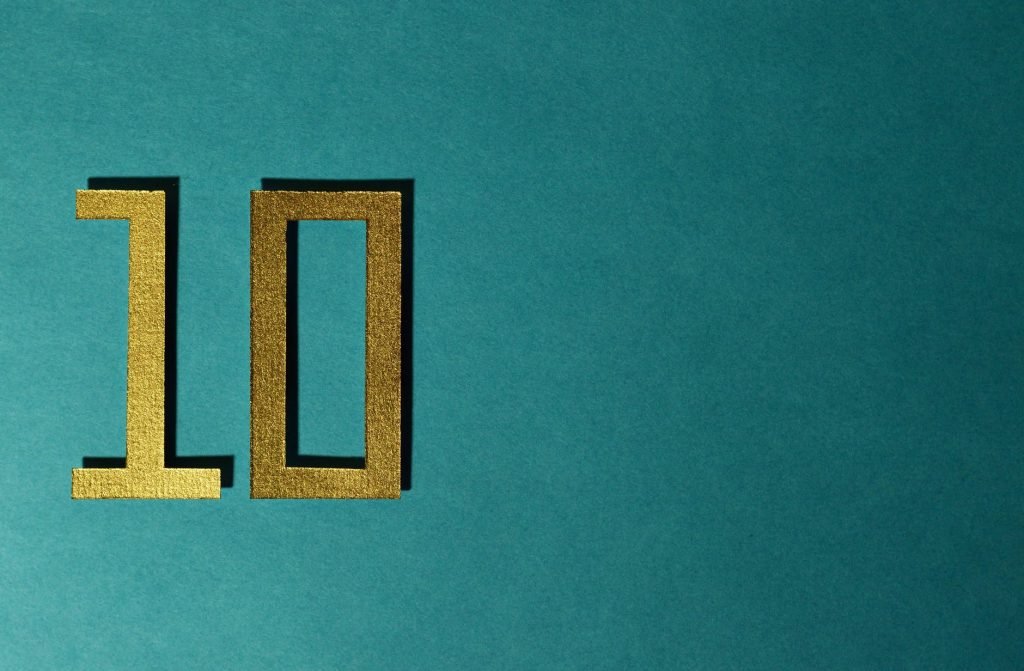 The ten commandments will be found in Ex. 20:1-21 and Deut. 5:1-21. The first thing to do is to open up your Bible and read the ten commandments aloud. You read from Exodus and let your kids read from Deuteronomy (or the other way around). Either way, it’s important to start by actually reading the commandments.

You can mention that God rescues the Israelites from Egypt first, then he provides the ten commandments. You can say that they are meant as a guide to show the Israelites how to live, that they reveal one’s need for a Savior, and that they all apply today in equal measure. This will bridge into an overview of our subject.

This is a very telling article on the trends in church attendance. I have for years been saying that this generation does not “do church” that is look for and decide upon a local church in the same manner my generation did or does. 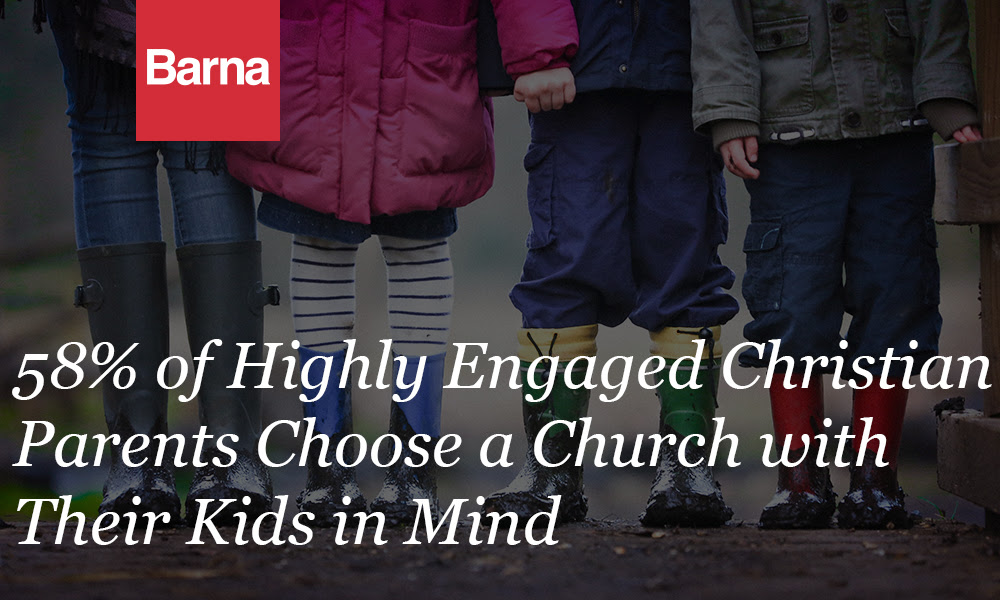 Over the years, Barna has conducted research surrounding children’s faith formation, focusing on some of the biggest questions faith leaders and parents are asking: Who is responsible for a child’s faith formation? What role does faith heritage play in spiritual development? What is the link between fun and faith in our homes? Now, in a new report produced in partnership with OneHope, Barna offers pastors and parents a deeper look into the faith formation of children, taking into account our ever-changing cultural and technological landscape.

One of the key findings of Guiding Children to Discover the Bible, Navigate Technology & Follow Jesus shows that nearly six in 10 highly engaged Christian parents say children’s programming is the primary reason they chose their current church (58%), proving that even though children may be small, they carry big weight when it comes to family decisions about where to worship.

Continued at Source: 58% of Highly Engaged Christian Parents Choose a Church with Their Kids in Mind – Barna Group