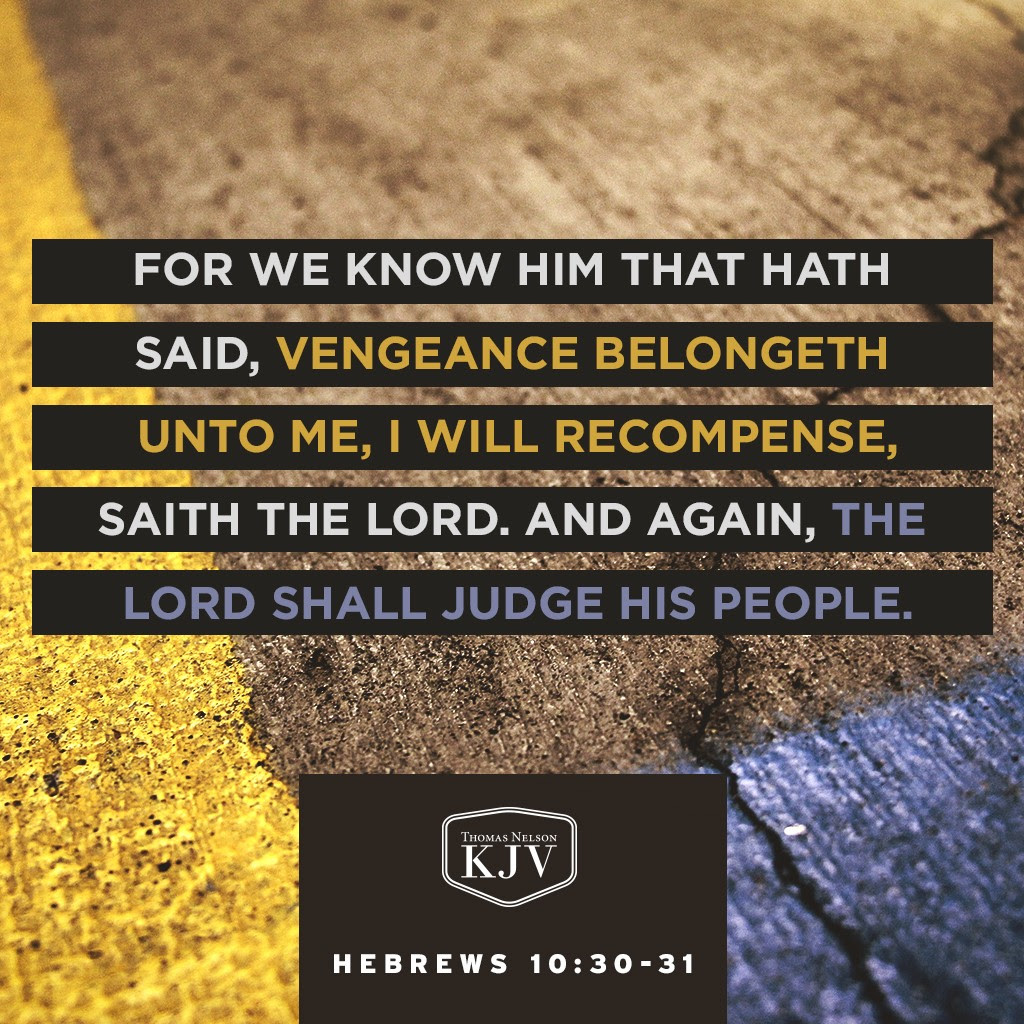 In context, Hebrews 10:26-39 may have many “titles” in your Bibles such as; Christ or Judgment or The Just Live by Faith. But what the real THEME of this passage is the Book of Hebrews most direct and serious waring against Apostasy.

Some have claimed that this verse v.30 proves that if one backslides far enough they can loose their salvation. This can only be interpreted so if one takes this out of context and without the Whole Counsel of God.

In John 6:36-38 Jesus himself makes it very clear He will never cast out anyone whom the Father sends to Him. Yet just like the unfaithful and rebellious nation of Israel had to wander in the wilderness as punishment so too there are consequences to a faith that lacks depth.

The writer quotes Deuteronomy 32:35–36 … vengeance is mine… again in context Israel sin causing God to punish them, again making it abundantly clear God is the same; yesterday, today and for eternity and in His righteousness He shall judge His called out ones (His true believers) even the terribly backslidden.

Pray God will restore you to His righteousness today.