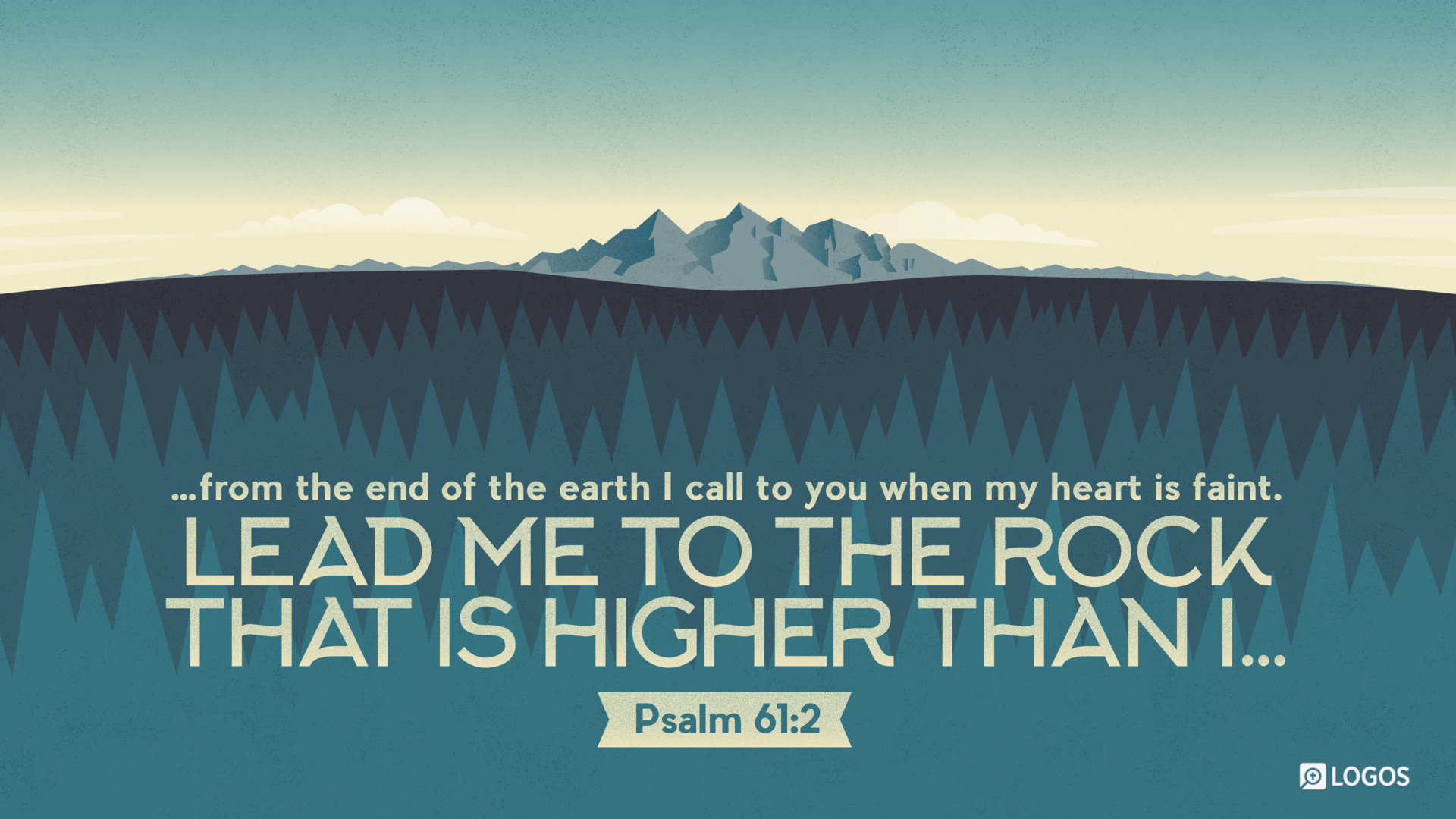 CONTEXT: Psalm 61 combines aspects of an individual lament psalm with a royal psalm (about the king). The psalmist petitions God to hear his cry and protect him (vv. 1–2), attesting to God’s past protections as he looks to the future (vv. 3–4). He shows confidence that God has heard his vows (v. 5). The psalmist then petitions God to prolong the king’s life and his line (vv. 6–7), and expresses his intent to praise God’s name and perform his vows (v. 8).  – Faithlife Study Bible

Do y’all remember the bumper sticker craze “God is my co-pilot” I am sure it made lots of money to the slogans inventor but it was biblically unsound. Think about it for a moment do you want God in the pilots seat all large and in charge or relegated to being there just in case of an emergency?

Many Christians go through life and life’s discouragements with that attitude that God is their co-pilot. I will call upon Him only in case of emergency, how sad it is as if folks want to embrace Galatians 3:3.

David gets it correct in verse 2 when he cries out to God:

from the end of the earth I call to you when my heart is faint. Lead me to the rock that is higher than I,

He will always call on God no mater where he is even to the ends of the earth, whenever his heart is overwhelmed or he feels weak in Spirit. David prays God will lead him (no co-pilot here) to a place that he could never reach alone.

Lead me to the rock that is higher than I. The language is very remarkable. It gives us the idea of a man suffering shipwreck. The vessel in which he has been sailing has sunk. He has been plunged into the mighty ocean; and there he is buffeting the waves, struggling for life, panting for breath, and just about to give up all for lost. Suddenly he discovers a rock towering above him. If he can but climb up to the top of it, and get sure footing upon it, the billows will not be able to reach him, and he will be safe. Now, the prayer in our text is the cry of that poor wretch for help. He is so spent and exhausted, that he cannot reach the rock himself. He shouts aloud for the friendly hand of some one stronger than himself, or for a rope that may be flung to him by those who are already safe on the rock, if by these helps he may gain it. Lead me to the rock, cries the poor perishing wretch. “O, lead me, guide me, direct me to it; for I am so worn and spent, that I cannot reach it otherwise. I am at the point to die; and I must sink, and be no more seen for ever, if there is none to help me.” Thus he calls for some one to rescue him from the deep, and to place him on the rock. But what rock? He knows that unless the rock be a high one, he will not be in safety, though he should be on it. The rock, he says, “must be higher than I, or the waves will reach me, and wash me off again.” It is not a rock, the top of which just shows itself above the sea, no higher than a man’s own body, that will save the life of a shipwrecked mariner. Such a rock may occasion the wreck, but it will not afford any help to the sufferers afterwards; it is a rock to split upon for destruction, not to stand upon for safety. Lead me to the rock, or as it is in the Prayer book version, “Set me upon the rock that is higher than I!” …The text having shown us the danger of sin, does not leave us comfortless; it shows us the security of the refuge. We have before remarked, that the prayer of David, as a shipwrecked man, is, to be “led to, “and set upon a rock, that is higher than himself. The expression seems to imply much. The rock that is higher than he, must be higher than any man; for David was a mighty monarch. He implies, therefore, that the refuge he seeks must be more than any “arm of flesh” can afford him; it must be therefore divine. Condensed from a Sermon by Fountain Elwin, 1842.

Today’s questions are simple what are you reaching for and who are you asking for help?